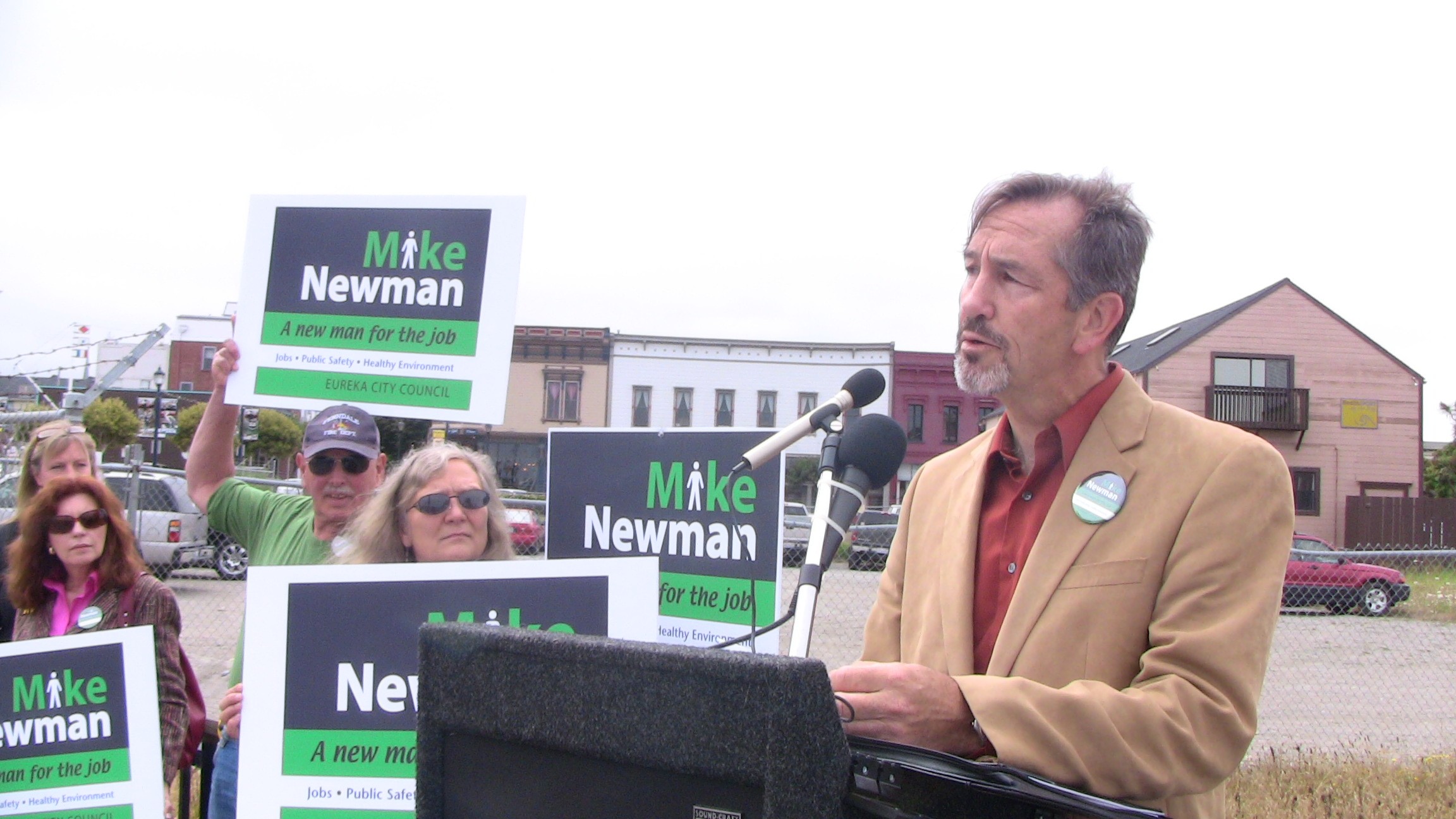 Once again, a candidate running for office in Eureka shows how that city's ward system, in its current form, is flawed and perhaps even irrelevant.

Michael Newman, chairman of the Greater Eureka Chamber of Commerce's Board of Directors and adviser to Shaw and Petersen Insurance, is one of the three contenders for the soon-to-be vacant Third Ward Eureka Council seat -- incumbent Jeff Leonard will be termed out -- but unlike his competitors in that race, Ron Kuhnel and Xandra Manns, he is new to the neighborhood.

Newman, who until recently lived in the Second Ward, near Myrtletown, moved into an E Street apartment in July in order to run for the Third Ward seat. He also re-registered to vote, first at an I Street location and then again at the place on E, according to voter registration records. Both locations fall withing the Third Ward. He also changed his party affiliation from Republican to "decline to state" in that same period.

Newman said that he moved to the E Street apartment because the place on I Street had problems and that his move into the ward was mainly for purposes of running for office. He said he didn't want to wait for 2010, when the Second Ward seat, currently held by Linda Atkins, opens up.

"This was the time in my life that was best for me to do it," he said.

In Eureka's system, the city is divided into five areas, and each council member is elected from those wards. In order to be eligible to be a candidate of any particular ward, a candidate must have his or her primary residence within that part of the city and must also be registered to vote there, said Eureka City Clerk Pam Powell. A candidate doesn't have to live in a ward for a certain amount of time, and the only enforcement that exists to determine whether a candidate qualifies or not is a voter registration check with the Humboldt County Elections Office, or if a complaint is lodged.

Xandra Manns, one of Newman's competitors for the seat and long-time resident of the Third Ward, said she didn't know much about her new neighbor, but she shared her thoughts about a candidate moving into the ward for the purpose of contending for public office.

"It kind of shows a lack of knowledge and respect for the people here," she said.

Ron Kuhnel, the other candidate in this three-way race, said he really didn't see an issue with someone moving into a ward for the purpose of running, but he added that it would be difficult for that candidate to understand the needs of the ward's residents compared to someone who has lived there for some time.

"There's nothing illegal about it," Kuhnel said. "It's not exactly the worst thing to do."

This isn't the first time a candidate moved into a ward just prior to throwing his name in the hat. Back in 2006, now-Councilmember Larry Glass moved into an apartment just above Ramone's Cafe months before his successful bid for that office. He previously lived off Myrtle Avenue.

Glass, who has long owned The Works, a music shop in Old Town (within the First Ward), said it wasn't much of a jump to move there and run for office since, as a business owner, he was already familiar with the area's people and problems. He said he didn't hide the fact of his fresh residency when running for office.

Even though candidates are drawn from these five wards, the city as a whole votes for all of them. So if somebody can move into a ward at any time and run for office there, what is the point?

As it is, the ward system rests in the middle of a spectrum, with a wardless "open system" on one end and what proponents call a "true ward system" at the other. The idea behind the current system was more or less to encourage the formation of a diverse council by pulling candidates from five distinct areas of the city. This, in theory, would avoid the creation of a council where representatives all lived in the same neighborhood and within the same social circles.

But beyond the goal of ensuring greater representation of all Eurekans, Kuhnel said the current ward system doesn't have much relevance.

Glass also believes the system is kind of goofy, especially considering the ability of candidates to move around from ward to ward on a whim. So, why not scrap the wards and have an open race like Arcata and Fortuna do, or morph into a true ward system, where residents only vote on the candidates from their ward? The latter was an idea brought before the Eureka City Council council earlier this year, but it failed to gain traction.

In the meantime, Newman said he has been a resident of Eureka for almost 30 years now, and he doesn't think his prior residence in the Second Ward makes him any less knowledgeable about the issues in the Third.

"It's close by," he said of where he used to live. "I understand, pretty much, the needs [in the Third Ward], as well as the rest of the town."