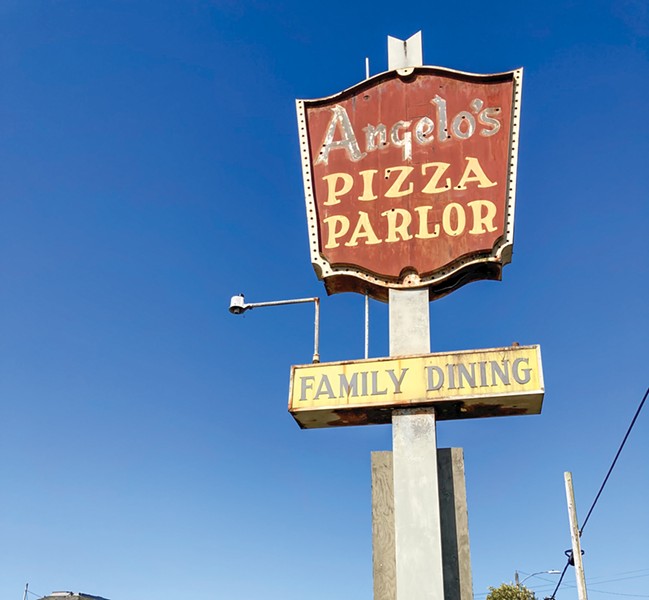 Photo by Jennifer Fumiko Cahill The ovens at the former Angelo's are set to bake pizzas again, this time from the Midwest. 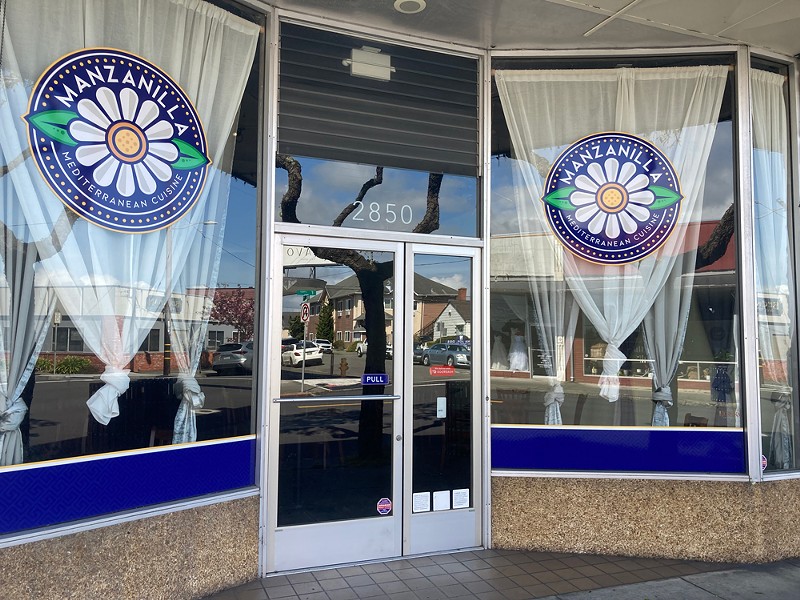 Curry Leaf to sprout at the former Gonsea

Years of sitting empty have left the exterior of Gonsea run down and graffiti covered, a grim greeting upon entering Eureka from the north. Before its closure by the health department for refrigeration, storage and sanitation violations in 2017, the spacious Chinese restaurant at 2335 Fourth St. had a steady following. And in the coming months, new occupants hope to breathe life back into the spot. Chef Joe Tan, who helmed the sushi bar at Eureka's Bayfront and partnered to open Nori in Arcata ("Hot Plates Coming Through at Nori," April 7, 2021), has leased the building.

He and Alek Tan (no relation, though they hail from the same mountain town in Malaysia), who was forced to close his Flushing, New York, restaurant during the pandemic, plan to open a Malaysian-Chinese place tentatively named Curry Leaf. Joe Tan says diners can expect "Some flavors like Thai and Indian, like curries," spanning the cuisine of cosmopolitan Singapore, with Indian and Southeast Asian influences, and specialties like laksa noodle soup.

Joe says a prospective owner updated the restrooms and other sections of the interior before packing in plans for a teppanyaki restaurant, but there's still plenty of work to do. "The kitchen, it's very messy and very old. ... Pretty much we had to redo a lot of stuff," he says, including replacing appliances and the walk-in freezer, as well as the prep station. The exterior is up to the landlord but, barring issued with appliance delivery, he hopes to open in July. But that's not the only project he has in the works.

Slices of Chicago and Detroit in Eureka

In February, Joe Tan also bought the old Angelo's building (215 W Seventh St., Eureka), wherein many a Humboldt kid whiled away hours and quarters playing video games and eating pizza. It, too, was shuttered by the health department in 2021 for a list of violations, including a rat infestation, unclean prep areas and improper food storage and refrigeration. Undaunted, Tan has brought in pest control and after he makes the fixes the health department requires, he plans to update the dining room and game area, as well as add a beer garden. The goal is to restore a family dining vibe with a difference: food trucks in the front lot.

"That's gonna be fun, you know — people can come in and get all kinds of food," he says. It's not as simple as inviting a few trucks to park, though, as he'll need city approval and additional power outlets. And while he's considered setting up a ramen shop, the kitchen is built for pizza. "I don't know about pizza," Tan says with a laugh. Luckily, he knows a guy.

Humboldt Bay Bistro chef and co-owner Brett Obra, who grew up in Detroit, is renting the kitchen to make Detroit- and Chicago-style pizzas, as well as standard hand-tossed thin-crust. "Everybody has these wood fired brick ovens," says Obra. "I'm not a fan. I'm from the Midwest."

Following a power washing and paint job, Obra will be tuning up or replacing some equipment. He's stocked up on supplies in the Motor City, including the blue steel pans — originally used in the automotive industry — in which they're baked. The square pans are key to making the signature thick pie with cheese that runs all the way to the browned edges, topped with tomato sauce instead of layering it under the cheese. He's also got deep, round Chicago pans for the fork-and-knife pizza also heretofore unavailable in Humboldt.

"I'm basically bringing my family's recipes from Detroit," says Obra, who plans to start in July with a brief takeout and delivery menu with three styles of pizza, three soups, three salads, three sandwiches and three pastas. He says he's eager to cater to families again and has fond memories of eating at the old Angelo's. "I used to eat the pizzas there all the time," he says, though he's not trying to recreate it. "It's gonna be all new."

Since the owner of the building housing Annie's Cambodian Cuisine in Eureka submitted plans to demolish it and build a Starbuck's and another chain restaurant in its place, the search has been on for a new spot for the popular family-owned Southeast Asian restaurant ("Eureka's Appetite for Fast-food Chains," March 10). Now, after weeks of negotiation, Annie's has landed new digs in Henderson Center, though the Fifth Street location is still open for business. (Don't let the plywood on the door — the result of a break-in last month — fool you.)

On Wednesday, a smiling Chin Chau was at 2850 F St., getting to work on the former brick-and-mortar home of food truck Manzanilla. Over the phone, Laura Chau-Yang says, "We still have to do some changes so we can cook Cambodian type cuisine in there." The multiple ovens — including a pizza oven — aren't geared for the kind of noodle, rice, hot pot and stir-fry dishes Annie and Chin Chau have been turning out downtown. "We definitely need a wok burner – those are special because of how big they are and the heat they need," she says, adding that a custom-built one is on order to handle the new location's larger capacity.

Chau-Yang says since customers have always enjoyed eating at the bar and chatting with staff, they'll also be building a bar. All that renovation means they'll need approval from the city along with the usual health department inspections. Between the paperwork and the changes to the space, as well as moving equipment and the paintings, statues and other artwork Annie imported from Cambodia, she says they hope to open in Henderson Center this summer.