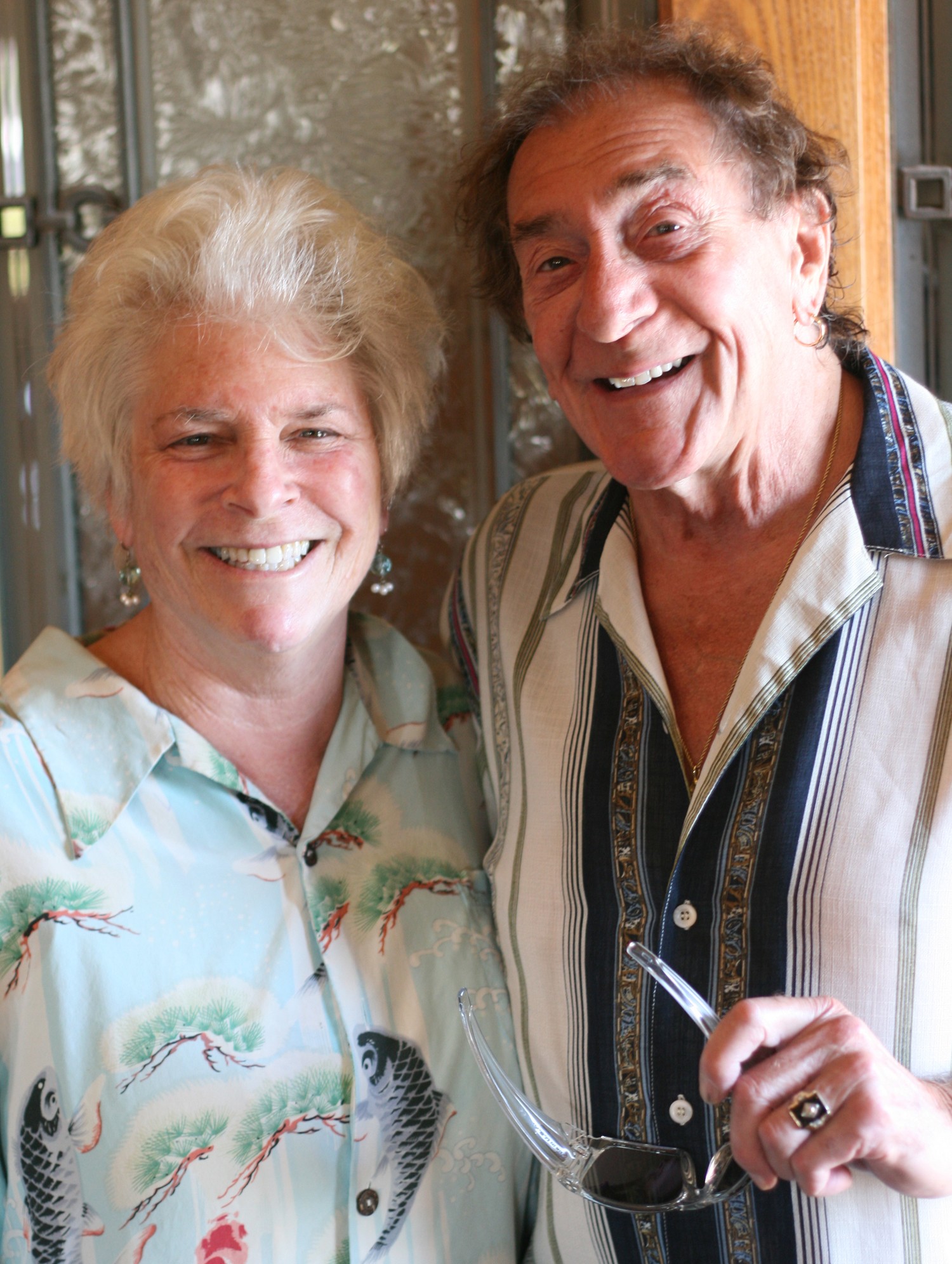 At Dell'Arte this weekend, Bob and Lynne Wells are being honored for their acting achievements and contributions to local theatre over a generation. But the thread that ran through our conversation at the Plaza Grill in Arcata last Friday did not concern the past. It was all about the next show.

That show will be their Lifetime Achievement dinner this Saturday, June 25. Lynne had assembled video and photos from past performances for the occasion, but Dell'Arte Producing Artistic Director Michael Fields wanted something live. So they had to decide, "What do we want to say at this point?" Lynne said. "Who are we still?" Both professed to be frightened by the prospect. "We're being honored so we want it to be good. It's kind of like, are we really worth it?"

In just the past year North Coast audiences have seen the Wellses in performances that would be on anybody's highlight reel: Lynne's bravura star turn as Florence Foster Jenkins in the Redwood Curtain production of Glorious! (with Bob's comic support) and Bob singing and busting some dance moves as Eliza Doolittle's father in NCRT's My Fair Lady. But these are just the latest occasions of more than 20 years onstage in Humboldt County.

In 1984 Bob was "a furrowed-brow actor" when he wasn't being music director and drive-time deejay at KINS in Eureka, and Lynne was a mother of three on an organic farm in Petrolia. Thanks to an acting class at College of the Redwoods, she was seeing a new world open up to her, and she got a part at Ferndale Rep in Neil Simon's I Ought to Be in Pictures. Bob, who swore he'd never be in a Neil Simon play, didn't want to audition and didn't want to do a play right then, but auditioned anyway and got the role. Within a year, he and Lynne were a couple. "It was cosmic," he said. "It was supposed to happen."

"Warm water!" Lynn exclaimed, hearing this. "That's what's missing! In the opening piece we're doing at the dinner -- there's something missing, and that's it -- warm water! We always used to say, we're in warm water together."

They talked about that, in a combination of couples' and actors' shorthand. They're planning a kind of physical theatre piece (Lynne won't call it a clown piece -- "I flunked clown!") to reflect their Dell'Arte background. Together they attended a year at the Dell'Arte School in 1988, and Bob returned for another year, appearing in both the student and company productions of Joan Schirle's Punch that traveled all over the state. Both have performed in Dell'Arte shows since.

But they seem unusual for Dell'Arte grads in returning to conventional theatre. Bob's favorite acting role was as Estragon in Beckett's Waiting for Godot. Lynne's was in an all-woman production of the musical Quilters. Both productions were at the late lamented Pacific Arts Center Theatre.

They've acted together, notably as George and Martha in Albee's Who's Afraid of Virginia Woolf? Asked to do something from this play at the dinner, they demurred -- they just didn't want to go to that intense and unpleasant place again. But what they remember about performing it is the surprise of hearing the audience laugh. They hadn't quite realized its comic aspect.

"How people respond -- it's always unknown, but it's always what we as actors live for," Lynne said. "The breathing, living relationship that happens."

"That's the best time," Bob agreed. "When the audience is right there with you, and you get the back and forth. It doesn't always happen but it's great when it does."

"That's what's so scary about doing this one-time thing, " Lynne said, returning to the dinner performance.

"It's beyond my comfort zone," Bob admitted. But along with anxiety, there's gratitude. Even though he doesn't consider himself a singer, he's planning to sing "A Song For You," as done by Leon Russell.

"I love that song so much," he said. "It fits what I'm trying to say." The song begins:

"I've been so many places in my life and time
I've sung a lot of songs; I've made some bad rhyme
I've acted out my love in stages
With ten thousand people watching
But we're alone now and I'm singing this song for you."

Dell'Arte's Lifetime Achievement Awards Dinner for Lynne and Bob Wells is on Saturday at 5 p.m. in the Carlo Theatre. The $75 admission includes dinner and drinks plus admission to that night's performance of Mary Jane: The Musical. For reservations go to www.dellarte.com or call 707-668-5663, ex. 20.

The Mad River Festival begins this weekend with Mary Jane: The Musical debuting Thursday, June 23, at 8 p.m. in Dell'Arte's Rooney Amphitheatre (outdoors, so dress accordingly). This Dell'Arte production promises to explore the many dimensions of Humboldt's major cash crop, primarily through songs by -- among others -- Lila Nelson, Joani Rose, Tim Randles, Joan Schirle, Joyce Hough and Fred Neighbors (who also appear in the show), and a Busby Berkeley-style production of a Jeff DeMark song. Michael Fields directs, and Joan Schirle plays Mary Jane, a pioneer in the local Industry. Mary Jane: The Musical continues Thursdays through Sundays through July 3.