What I Learned from Richard Thompson 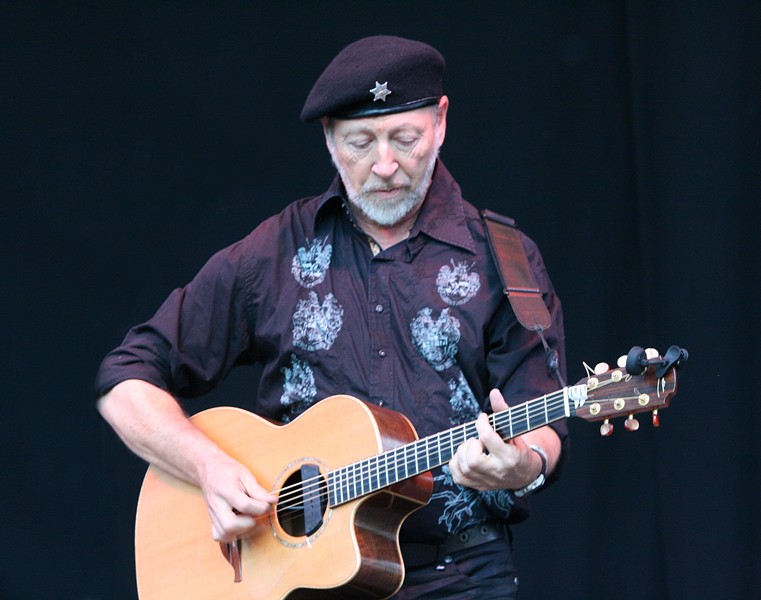 "Who the hell is Richard Thompson?" People asked me that, with tilt of head or furrowed brow, when I told them I was going to Frets & Refrains, a week-ong music camp in New York's Catskill Mountains to learn from the master guitarist and songwriter.

Where do I begin? Thompson has garnered so many awards that it's amazing so few people recognize his name. Google him if you want stats. He's been writing songs and making records since the ‘60s when he played with British folk-rock band Fairport Convention. He writes the tenderest of ballads that bring you to tears, or a bouncing tune with clever humor or piercing social critique, and he can tear through fiery rock 'n' roll riffs that burn the house down.

Thompson gave two talks a day at camp, in a style more like conversations than lectures. He taught us to hear the patterns in music and demonstrated his hybrid picking technique: establishing a steady beat on the bass strings and accenting syncopating rhythm by pulling up on the higher strings, sometimes working in nonstandard guitar tuning. "This gives you more orchestral possibilities, which means you can fire the other guy in the band," he joked, but he was quite serious. (When he comes to perform here on Saturday, he'll play solo.)

In fact, that's the thing that Thompson offers that no one else can. He is the only guitarist I have ever seen who, performing alone, sounds as if there are three people playing. He manages a rhythm, a base line, and a lead guitar part in the same song. And he's also singing, with this powerful emotional inflection, an often-complicated melody, driven by a lyrical story he has created with wit, wisdom, and often an irreverent twist or two.

He talked about developing his focus before performance, like corralling an inner stallion. He coaxes the stallion to permit a connection, gradually, until he's working with it in unison, and then he's out there performing, channeling the wildness into the most amazing and stunningly beautiful patterns that meet our ears like the voice of a new lover. You want it to go on forever.

Fortunately, you have the opportunity to experience this yourself on Saturday, Sept. 29, when Richard Thompson plays at the Van Duzer Theatre. Showtime is 8 p.m. Tickets are $35, $15 for HSU students.

Jan Bramlett is a singer/songwriter from Memphis, now living in Manila.