Slideshow What War Is 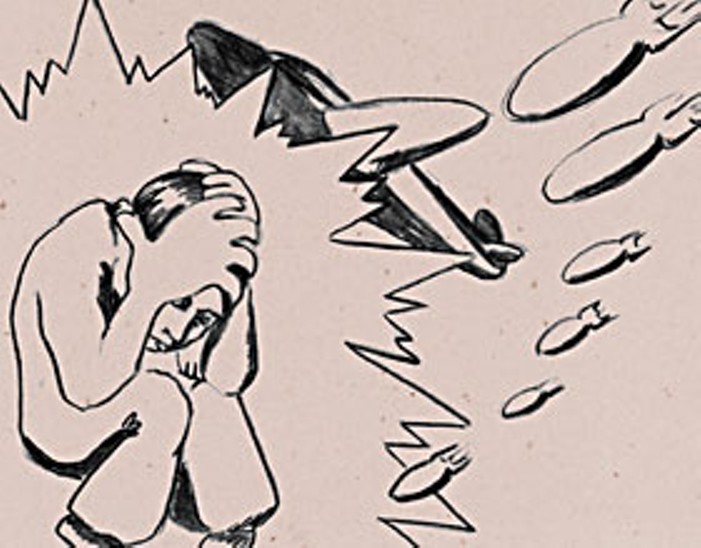 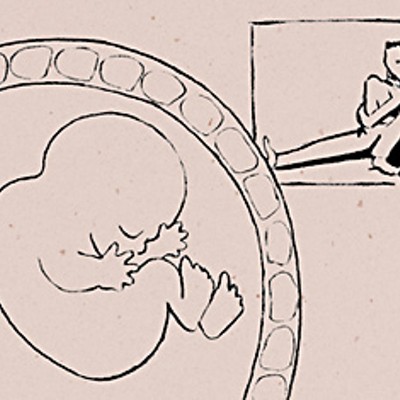 Annie Reid works in a small cabin studio in Westhaven. She’s surrounded by redwoods, and this time of year there’s the constant quiet drip of a rainforest in the rainy season. Her garden is a slightly tamed version of a natural forest floor, with ferns in profusion and a thick layer of redwood duff on the paths. There are several large and comfortable looking cats around. Their biggest problem right now is the coming on of winter. “I’m not sure they’re quite happy about it being this cold,” says Annie.

In this serene place that Annie has created for herself, she maintains a warm and friendly relationship with nature. She’s aware of the owls in the trees, the mountain lions, even the whales in the ocean near her home. She likes to focus on beauty and peace, but those things have not always been in her life.

Annie has a story to tell. It is not a happy or beautiful story, but it is an important one. It is not one that is easy for her to tell, and she has never been one to put her soul on canvas. Up until now, her art has been more about the external world. Her current project is a departure, but she says, “There comes a time when what you say in your art means more than what it looks like.”

The story is important because it is one that so many others share. She realized one day, with an epiphanic jolt, that her experience was one that had happened in epidemic proportions, and it is still happening today. It is the experience of growing up with a father broken by the horrors of war.

“When My Father Returned from War” is the name she’s given to her artist-in-residency program with the Westhaven Center for the Arts. For the next year, she will be developing a series of 15 paintings telling her story, which will culminate in an exhibit and community events.

Annie’s artwork has typically been characterized by a gentle, magical quality. “Soft” is the word she uses to describe her past work. Her paintings are generally in muted colors and a sense of mysticism and fantasy prevail even in her most realistic work. Thus it has been with difficulty that she has approached this disturbing and personal topic. In her preliminary sketches she attempts to balance the innocence of the child’s perspective with the turbulent emotions of war trauma. It’s not an easy combination, but it’s important to maintain the complexity of the situation. While the stories may seem horrible, they came from a day-to-day existence with a father who was struggling with his demons. And, of course, it was her childhood that makes her who she is today.

For Annie, it’s important that this is not a political statement. There are plenty of those around. This is more complicated than that, because this is an experience that is shared by people from all walks of life.

The casualties of war include the dead, but they also include those who came home missing a limb and those who came home broken inside by the horrors they witnessed, who perhaps held a dying man, woman or child in their arms. There are those who came home to friends and family who will never understand what they are going through because they weren’t there. That includes mothers and fathers who have lost a child, and it includes orphaned children. And it includes children like Annie, raised by someone who relived his terror over and over again and sometimes forgot that his children were his own. It includes wives and husbands helpless to comfort a spouse who will never be the same person who left them to go to war.

It includes every one of us, because we all live lesser lives for being incapable of resolving our differences peaceably. Nobody knows why we have war or if it’s possible to live without war, but it cannot be argued that life would be better if we could.

Because so many people have similar experiences, communication and story sharing is an important aspect to this project. Annie has already started a collection of articles telling of other people’s difficulties upon returning from war and there will be many more. This not only provides an opportunity for people to tell their own stories but for the community to face the realities — all of the realities — of what it means to be at war and what it does to the people who fight it.

“My highest goal,” she says, “is to bring awareness to the community.” If the government bans the filming of returning casualties and if Hollywood continues to glamorize war in movies, then let there be a voice to describe the ongoing, long-term effects of war. Let someone bear witness to the rising rates of domestic abuse, mental illness, drug abuse and suicide of returning veterans.

Annie has already begun her year long project with a Pastels on the Plaza contribution, and will host a “Meet the Artist” reception at the Westhaven Center for the Arts on Veteran’s Day (Monday), Nov. 12, from 2-4 p.m. The public is invited to drop by and talk to Annie about the project. She will also be working at the WCA every Thursday from 1-4 p.m. throughout the coming year until Veteran’s Day 2008, giving the community the unusual experience of watching a project develop over time. An exhibit of the completed work is planned for the end of her residency, and will include the honoring of all who have been affected by war.

The Westhaven Center for the Arts is located at 501 S. Westhaven Drive in Trinidad. Call 677-9493 for more information. You can also find out more about Annie’s work at anniereid.com.