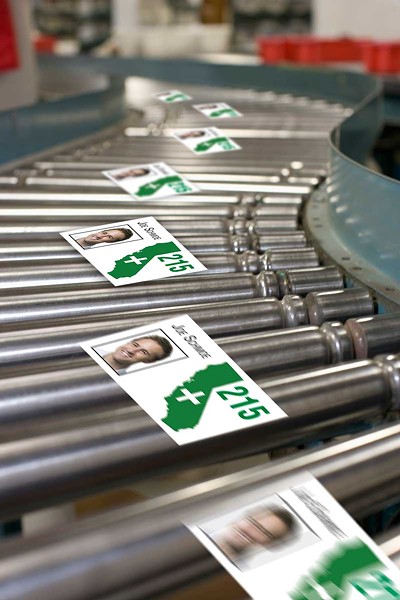 I got my 215 card on a drippy early afternoon. It took about an hour and a half, but a good portion of that was spent in the waiting room — even though I had an appointment. The whole business felt doctory and friendly — if a little rougher around the edges than your average clinic visit.

Let's back up. I, like many people who grew up in Humboldt County, started experimenting with marijuana for fun in my teens. That continued through my early 20s until I realized that getting high just wasn't for me — it brought on, or at least exacerbated, anxiety and a general young-adult malaise.

So why, now, seek a medical marijuana recommendation? I'll admit, at least part of it was simple curiosity. I'd heard from several people it was remarkably easy — show up claiming some malady, pay your fee and boom, it's legal for you to grow, possess and purchase pot. Larger motivation was for work, having taken on the pot beat. I've been to events with 215 areas I'm not allowed to visit. I want to see what the patients see; to visit dispensaries and experience what they experience (maybe without the high). I wanted to see behind the curtain of a fascinating and still relatively new medical industry.

I'm a generally healthy person. But I had no intention of trying to deceive or exaggerate my way into a recommendation, so I walked into the clinic that day with two problems I suspected might get me approved for medical pot. First, I tweaked my back in my late teens playing basketball, and it's been an off-and-on problem since. Second, I've got general anxiety — another thing that comes and goes depending on what life's throwing at me.

I don't consider either of those undiagnosed afflictions debilitating. Would they be enough for me to get a doctor's recommendation for marijuana?

Stepping into the clinic (which I won't identify), was like entering a doctor's office in an ever-so-slightly alternate universe. I filled out my paperwork on an overstuffed couch instead of a stiff chair. Posters hung on the walls in place of nutritional charts. It all felt a bit slapdash, as though they hadn't really cleared the remnants of whatever business previously occupied the space. But my nerves eased as the young men checking in patients chatted amiably with the six to eight other people — all men, ranging from early 20s to late 60s, from work boots to dress shoes — who came and went in the time I was there.

When it was my turn, I was ushered back to see a nurse, who sat under an Einstein poster asking me questions that I had mostly already answered on the medical forms. "What's the pain like? Is it chronic? Have you treated in the past with marijuana?" She asked if I knew about CBDs (THC's non-stoney, potentially medicinal cousin present in certain strains — I did), and lamented that marijuana remained illegal at all. She took my pulse, my blood pressure.

Then, into another little room, where I sat in front of a computer monitor waiting to Skype with a doctor. After a couple minutes he popped up on the screen, introduced himself, read my ailments back to me, reiterated some legal language and boom: a 12-month recommendation in less than 60 seconds.

Was it easy? Yes. The assembly line approach felt impersonal, but that makes sense, given that it's vastly different from other health care practices. People don't go there for a thorough evaluation or a breakdown of exactly what marijuana product is best for them; it's just a middle step between patients' primary care provider and their dispensaries.

It's like getting your doctor to acknowledge something's wrong, then going to the pharmacist to ask what will help. Luckily, we have top-notch marijuana pharmacists; in a year of writing the Week in Weed, I've met a lot of dispensary owners, employees and advocates who care deeply about getting the right medicine to the right people.

More than 2,000 people have been issued medical marijuana cards in Humboldt County since 2004, according to the California Department of Public Health — 78,000 statewide.

Many of those cardholders probably had a plan when they walked out of the clinic. Maybe others, like me, felt it was more of an exercise — a potential tool — than the beginning of a treatment plan. Others wanted to expand their options, to explore how marijuana could help. With the right pharmacist, they'll be in good hands.