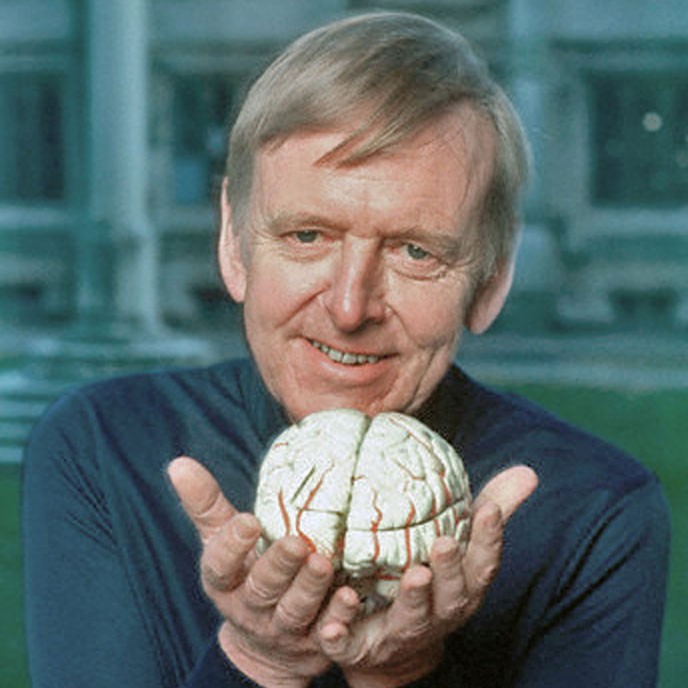 Three thousand years ago, our ancestors' normal mode of thinking had more in common with present-day schizophrenics than with minds of such rational, conscious folks as, for instance, North Coast Journal readers. Back then, minds were "bicameral" -- that is, cognitive functions were sharply divided between the right hemisphere of the brain, which "spoke," and the left hemisphere, which "listened." Experiences and memories of the right hemisphere were transmitted to the left via auditory hallucinations.

This wildly original and controversial theory saw the light of day in 1976 in psychologist Julian Jaynes' bestseller The Origin of Consciousness in the Breakdown of the Bicameral Mind. In the book, Jaynes argued that ancient peoples lacked a "mind-space" in which they could introspect. Unlike us, they were not aware of their own thought processes -- for them, life "just happened." Jaynes claimed that the change from this disjointed "bicameral mind" mode of thinking to consciousness (or "interiority") occurred about 3,000 years ago, concurrent with the invention of writing and the development of metaphor.

As evidence, Jaynes cited the very earliest extensive writing, such as Homer's Iliad and older sections of the Old Testament like the Book of Amos, whose writers seem to lack a sense of self-awareness and decision-making: In Jaynes' view, their right "god" brains "spoke" to their left "human" brains. Later works -- the Odyssey and Ecclesiastes, for instance -- reflect a totally different kind of mentality, that of conscious reflection and introspection. As their personal "god-voices" receded, our ancestors increasingly relied upon oracles and prophets as stand-ins.

Vestigial bicameralism may still be with us. For instance:

-- In a study of college students, 71 percent of the interviewees reported they sometimes "heard" words (often their own names) as if spoken by someone else -- have you had that experience?

-- Neuroscans of schizophrenics show that their right temporal-parietal lobes "light up" during episodes of hearing internal voices. Are these lobes (which mirror the left hemisphere language areas) "speaking" to the left brain?

-- One researcher proposes that addictions such as alcoholism are not so much diseases as reversions to bicameralism, in which the left brain is "instructed" to drink or use drugs by the right side of the brain.

To say that the above ideas are controversial is an understatement. 34 years after publication of Origin and 13 years after his death, Julian Jaynes continues to challenge mainstream thinking in psychiatry, anthropology, religion, linguistics, history, literature and psychology -- a worthy legacy for one of the most original thinkers of our time.