When the Lights Went Out: A History of Blackouts in America 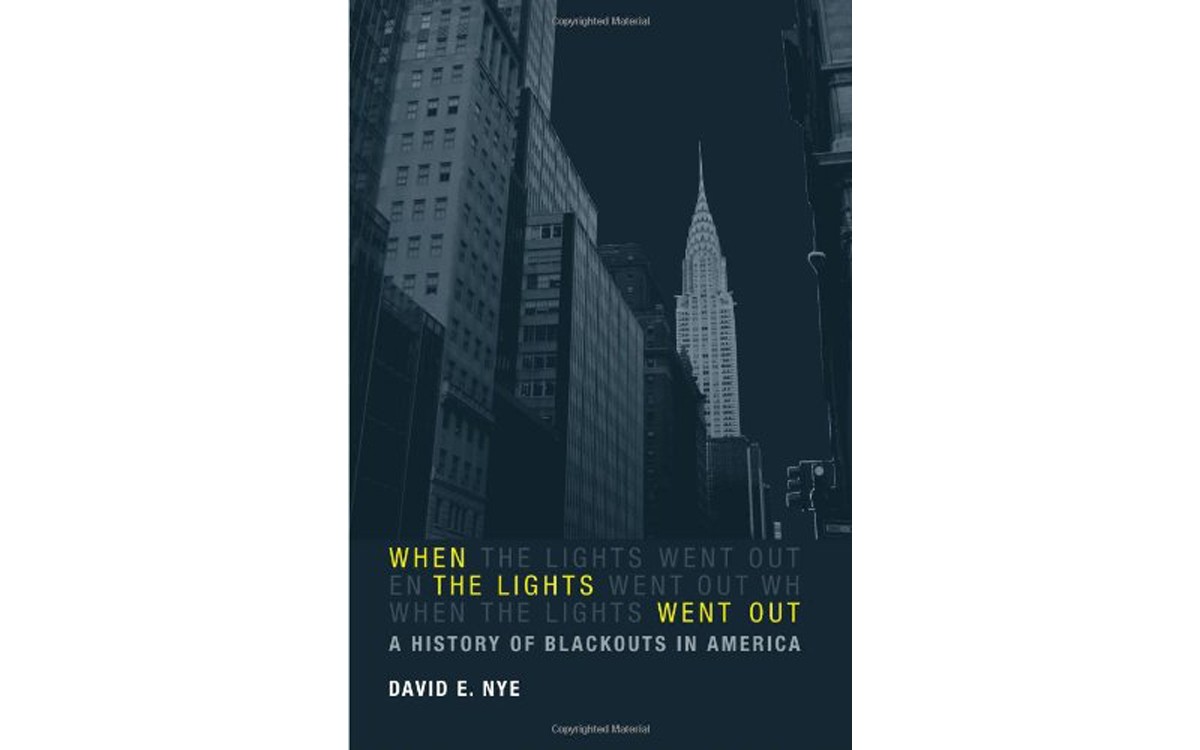 We live in a world where time and space have been eliminated, where millions of people increasingly live in virtual worlds, and there's no turning back. Right, and the real estate bubble will never burst and the stock market never goes down.

The problem with our electronic future is that it all depends on electricity, while the U.S. grid is aging and vulnerable, no new capacity is being built and energy sources are both dwindling and terminally toxic. Still there seems to be this sense that the growth of the Internet is cost-free. However, the New Yorker quotes a high-powered engineer who says that the Internet probably uses twice the energy as air travel, and that use is growing faster than anything else. A few years ago conservative futurist George Gilder predicted that Internet computing would soon require as much power as the entire U.S. economy did in 2001.

David E. Nye has written a wide-ranging and very readable book that's basically about how electricity became a foundation of modern society, as revealed especially in what happens when it goes off. There's the social dimension (the Great Northeastern blackout of 1965 that in New York led to unexpected friendliness, and a similar blackout in 1977 that led to looting), and the technical and economic dimensions. Those who remember the Enron-rigged rolling blackouts of the ’90s here in California will get more context, along with a return of rising blood pressure.

But accompanying the thought-provoking entertainment, there are warnings about the current U.S. grid's much-ignored problems of capacity and vulnerability. Perhaps surprisingly, Nye suggests that terrorism is a less of threat than complacency (because power disruptions usually get fixed before people panic). Greater energy efficiency and decentralization, especially with green technologies, aren't just nice goals -- they're vital if the power is going to keep flowing. The problems are less technological, he writes, than political and economic. "The problem is not a lack of means but a lack of political will."

Blackouts remind us what we don't have when we don't have electricity. Nye quotes an architect that without it "there is no compression of time and space anymore," and "one cannot hide behind a wireless phone nor dive yourself into the Internet."

This is a book for both energy techies and the rest of us. Though a bit diffuse, its emphasis on narrative makes it a provocative pleasure.