Where the Heart Beats: John Cage, Zen Buddhism and the Inner Life of Artists 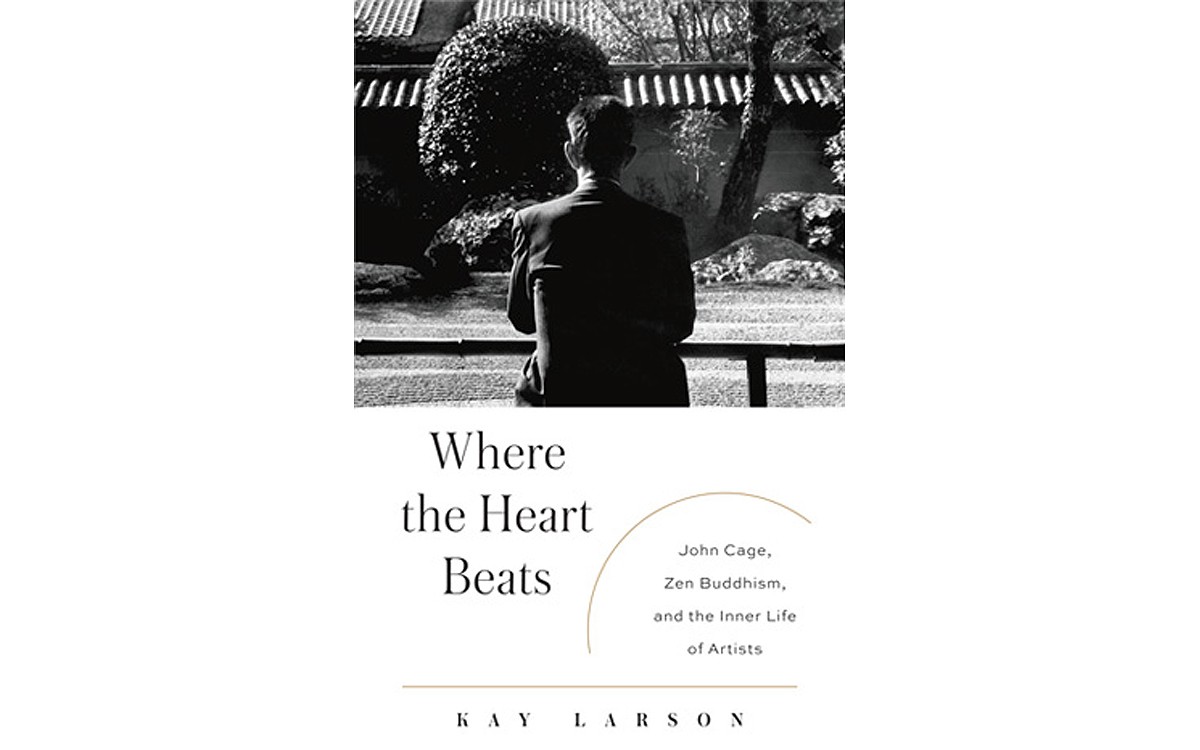 Kay Larson makes a convincing case that, after gathering particular artistic and philosophical strands together from others, John Cage added his own insights and innovations to become a dominant influence in 20th century arts. Those insights were primarily from his understanding of Zen Buddhism, and it is Larson's singular contribution that as a Zen practitioner, she can elucidate them.

Larson was a distinguished New York art critic before she began Zen studies with John Daido Loori (whose book Cave of Tigers I particularly admire). This unique view of John Cage is organized by portraits of other artists -- those who influenced Cage and those he influenced -- as well as Cage's own biography. As the subtitle suggests, the emphasis is on their inner lives.

Among Cage's early influences was our own Morris Graves. They met in 1938 after a Cage percussion concert in Seattle that Graves disrupted, to Cage's delight. Eventually they shared a house. Graves, who had traveled in Asia, introduced him to Zen, though flavored with his wild Dadaist demeanor. Then again, as Larson points out, "Zen wit" has always been a draw.

Cage's convictions were eventually consolidated by attending classes at Columbia University in the 1950s with D.T. Suzuki, the first Japanese expert to bring Zen to America. Cage refined his artistic credo: "To use art not as self-expression but as self-alteration. To become more open." This was the basis for his techniques of chance operations.

According to Cage, indeterminacy short circuits pre-judgment, so it pushes open the doors of the mind to the discrete reality of what's present. It can also suggest new ways in which sounds or the 90 stories Cage assembled by chance are related -- complex relationships emerge.

Larson makes good use of Cage's writings, which were themselves (I think) even more widely influential than his music, and in some ways are an essential part of the music. Meanwhile her book is full of the creative figures of 20th century art and music, from the fascinating but relatively obscure to the well-known, including Jasper Johns, Robert Rauschenberg, dancer Merce Cunningham, poet John Ashbery and Yoko Ono. Larson also writes about the impact of Zen on American arts in general, with Gary Snyder and the Beats. Together they explore an important substratum of particularly American culture.

John Cage (who died in 1992) was a presence. As a student I met him several times, heard him lecture and saw the Merce Cunningham dancers perform some of their collaborations. Several times Larson emphasizes the integrity of his presence and his persistent open smile. That's how I remember him. He embodied his world view more completely and serenely than anyone else I've encountered -- apart from Buddhist monks.