Whither the Factory Farm?

Prop. 2 has many backers, but some fear the side effects on our most vulnerable 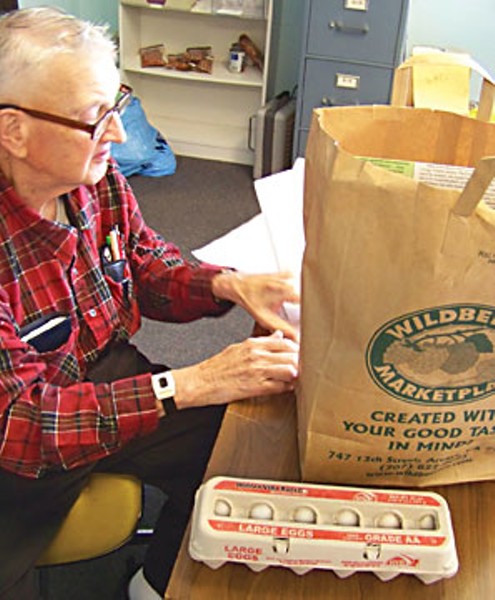 Proposition 2, "The Prevention of Farm Animal Cruelty Act," would require farmers to provide cages roomy enough for veal calves, egg-laying hens and pregnant pigs to easily stand up, lie down, extend their limbs and turn around.

Proponents of the initiative -- including the Humane Society, the Center for Food Safety and the Sierra Club -- say it would stop cruelty to farm animals and increase food safety (the less crammed together the animals are, the fewer chances of spreading diseases). Opponents -- mainly industry groups -- say the state already prohibits cruelty to animals, and that modern confinement systems for hens are cleaner and safer than the mostly-outdoors system promoted by the initiative, and less likely to promote the spread of diseases contracted from wild birds, such as bird flu.

But what about the initiative's potential effect in Humboldt? There are no factory farms in Humboldt. There is no veal-calf industry here. County farms, in general, are already operating above the standards the new act would require. Perhaps because the humane, sustainable farming mentality is alive and well here, many Humboldt voters might feel favorably inclined toward Prop. 2.

"It simply increases the quality standards for farming," said Cynthia Ryan, executive director of Sequoia Humane Society, which is in favor of Prop. 2.

Shail Pec-Crouse, owner of the relatively new Tule Fog Farm in Arcata, also leans toward Prop. 2. Pec-Crouse raises egg-laying hens -- mostly for pest control, she says -- as well as cows, goats, pigs and sheep for meat. She may use some of her calves for veal, she says, but they will stay with their moms in pasture.

"[Prop. 2 is] not going to affect me because my practices are so far better than what they're requiring," she said. "All my animals are out on pasture and they're not caged. ... The one concern that I've heard that [seems like] a good point, is that it's going to take a lot more land for all those animals. But I think probably my position would be I support it. And it's going to make meat and egg products more expensive and people will eat less of them, which I think is good. I don't think they should be such a commodity, they should be more of a special part of our diet. I charge high prices, and that's because it does cost a lot to do it the way I do."

On the other end of the argument are those who say Prop. 2, while inherently well-meaning, could hurt those who can least afford it. Anne Holcomb, Food for People's executive director, said last week she'd just got back from a meeting where she heard about a U.C. Davis study that says Prop. 2 would cause egg prices to skyrocket. "And egg prices nationwide have already gone up between 30 and 38 percent over the past couple of years," Holcomb said.

Last Thursday, inside Food For People's warehouse in Eureka, Bob Lazelle -- who's been volunteering there for 25 years -- sat at an office desk checking off names on a list as seniors came in for their monthly bag of food. The Senior Brown Bag Program serves about 600 seniors a month with a small ration of purchased, donated and commodity food. Lazelle, who takes home a brown bag of food himself each month, says Prop. 2 could be "devastating." He says he eats about a dozen eggs a week -- two every morning, soft-boiled.

Senior Denis Stout came in to collect his bag -- it held a carton of eggs, a loaf of bread, a container of strawberries, a small bag of rice, some food cans and a couple other items.

"People who don't know the industry should leave it alone," Stout said. "Next they'll want to put diapers on cows for indecent exposure."

Tyler Smith, Food for People's community food program coordinator, seems reluctantly against Prop. 2. "I have limited grant funds to buy protein items," he said. "I buy the egg because it's a really good source of protein for seniors, and the seniors like it."

Smith said he's comparison shopped around Humboldt, including at the small family farms such as Wild Chicks, another local egg farmer, but he always ends up at the Cash 'n' Carry on U.S. 101, where the Hidden Villa Ranch eggs from Petaluma are the cheapest deal.

Smith said he is for raising standards on factory farms. "But with this economy, it might not be the right time," he said.