Who is Harry Nilsson (And Why Is Everybody Talkin About Him?) 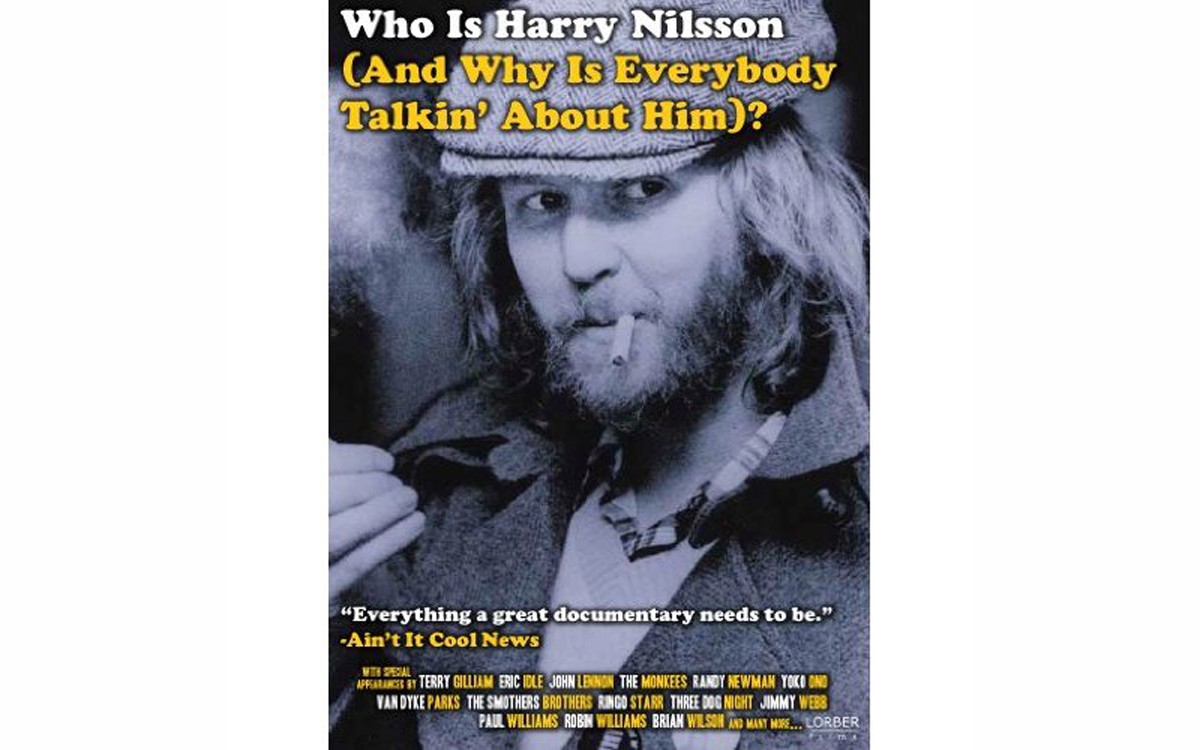 Harry Nilsson was a musical force in the early 1970s as a singer and songwriter, though he never quite became a star. But as this DVD demonstrates, he did achieve a mythological status and musical immortality.

At one time or another I owned the first 10 of his 15 albums and I still have four: his first two from the late '60s (which brought him praise from the Beatles), his early '70s multiple-Grammy winner Nilsson Schmilsson and the notorious follow-up Son of Schmilsson.

Though he did have hits that he both wrote and sang ("Spaceman," "Jump Into the Fire," the novelty classic "Cocoanut") his biggest songwriting hits were sung by others ("One" by Three Dog Night) and biggest singing hits were written by others (Fred Neil's "Everybody's Talkin'," Badfinger's "Without You").

By the early '70s he was a phenomenon, and in the mid-'70s he became a notorious co-hellraiser with John Lennon and Ringo Starr. By the time a friend of mine who worked for Robert Altman's film company played me a cassette of Nilsson's demos for the 1980 movie Popeye, he was almost forgotten.

As a recording artist and a composer Nilsson was an innovator with a legendary voice. He also wrote a film and an album for children and recorded an album of pop standards plus one of songs by then-unknown songwriter Randy Newman. These were all unthinkable at the time and are now honored elements of his legacy.

His complex, troubled, noble life is given a particular storyline in John Scheinfeld's film. But in the many interviews with big names of the era and Nilsson's family and friends, as well as in archival footage (and gorgeous music), there's so much to ponder that viewers can follow their own alternate storylines.

The DVD extras can help. Scheinfeld seems to take his cue from record producer Richard Perry, who collaborated on Nilsson's biggest album, Nilsson Schmilsson, but castigates Nilsson's subsequent songs as so counter-commercial as to constitute a "death-wish" (Nilsson died of heart failure in 1994 at age 52). Perry is particularly sarcastic about "You're Breaking My Heart" ("you're tearing it apart/so fuck you ...")

But in an extra interview it's mentioned that at Nilsson's graveside George Harrison said that this was his favorite Nilsson song -- and so Harrison led several of the superstars in attendance in singing Nilsson to his rest with his words, "You're breaking my heart/you're tearing it apart/so fuck you."