The Billy Nayer Show, plus Murs, earthquake music and Upstage-Live 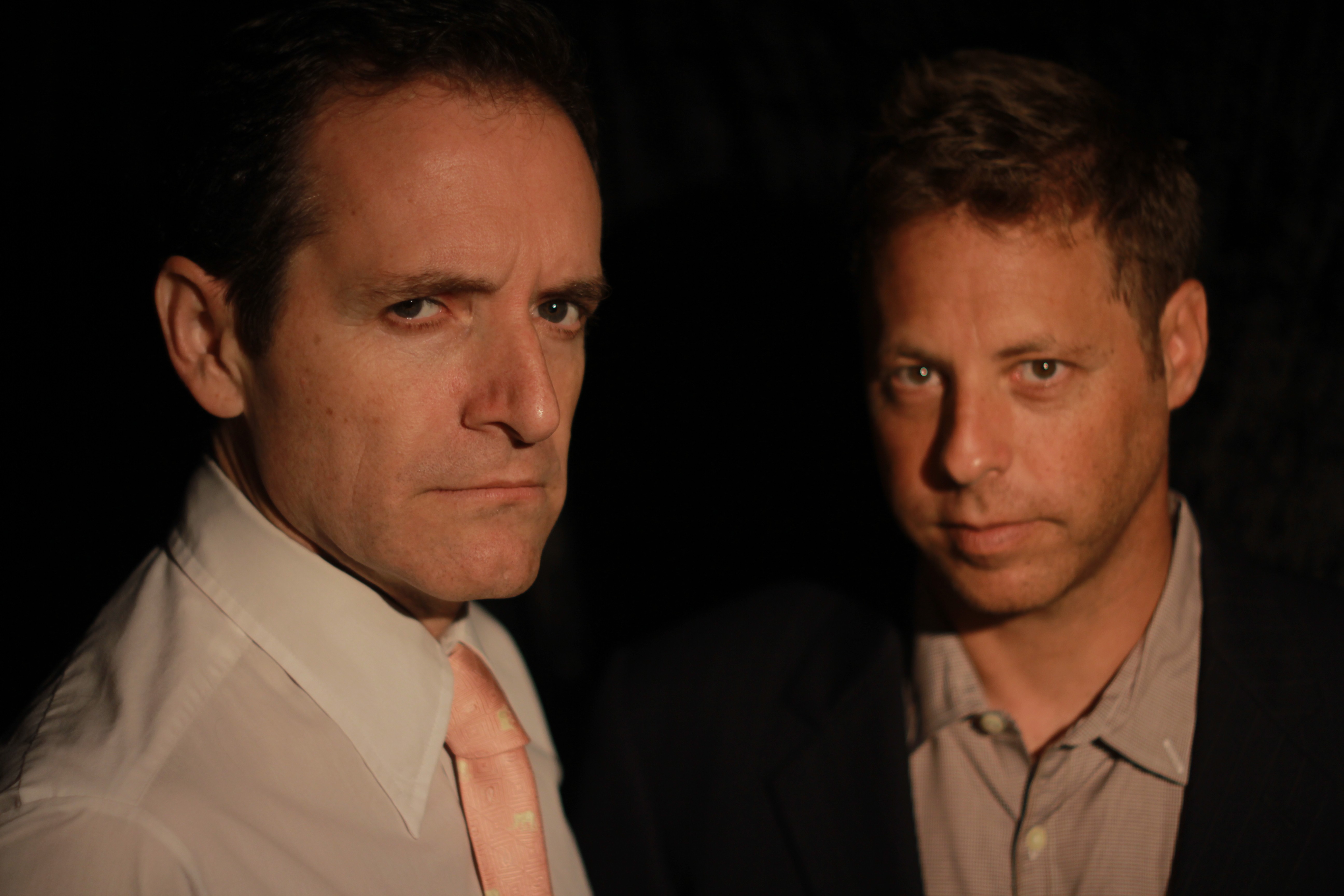 It was a sunny Tuesday in New York City and Cory McAbee, the driving force behind The Bill Nayer Show, was just finishing a lunch of Vietnamese seafood soup in Chinatown, right around the corner from his recording studio. Who, you might wonder, is Billy Nayer? "It's just the name of the band," he says as he walks to the studio. "It was a name I came up with a long time ago when I was going to do a performance. Someone asked, 'What are you calling yourself?' A friend said, 'Call yourself The Billy Nayer show.' I said, 'Who's that?' He said, 'Nobody.' Since then it's been an umbrella for creative projects -- we also have BNS Productions."

BNS is what you'd call a multimedia company. Cory is both frontman for the band (a duo with his percussive music partner of 25 years, Bobby Lurie) and a filmmaker. He sees his role as musician/writer/film director as "all one thing. It's all just making stuff." He wrote and directed the sc-fi western The American Astronaut, with music by The Billy Nayer Show, and more recently the semi-related space western Stingray Sam, a dark yet optimistic neo-retro musical serial with subtle political overtones. McAbee takes the title role as an outlaw lounge singer on a distant planet undertaking a mission to rescue a young girl and redeem himself.

In BNS McAbee sings dark, off-kilter ditties accompanied by an autoharp and Lurie's equally off-kilter drumming, creating a sound akin to Tom Waits but with a better voice (and no growling). On the road, McAbee divides his time between films and music. His coming West Coast tour is split between hosting screenings of Stingray Sam and playing music from the first new Billy Nayer album in five years, BNS Presents The Billy Nayer Show. On just one tour stop -- a show on Sunday at the Arcata Theatre Lounge --BNS combines the two, screening the film, then playing music. "Right now we're touring as a duo," he says. "I have an electric autoharp with two amps and some lovely pedals. It makes for a beautiful, very full-sounding performance -- and it rocks pretty hard here and there."

Adding to the rocking hard factor for the Arcata show: an opening set by The Monster Women. Should make for a great evening.

His real name, Nick Carter, already sounds like an alias, but the dreadlocked rapper from L.A. goes by the name Murs, which he says is an acronym for "Making Underground Raw Shit" or "Making the Universe Recognize and Submit." He's a Living Legend (as in the group) and he's coming to the Arcata Theatre Lounge Friday with The Bayliens (from the Bay Area of course) and local freestyler Dub$tax.

Bad Kitty bids "Farewell to the Boiler Room" Friday with a final rockabilly show featuring The Chop Tops from L.A. -- totally appropriate for a bar painted with hot rod flames. As BK's Norm notes, "Marcus has decided to call it quits there and wants to go out with a bang. Along for the ride are up-and-comers The Infamous Swanks from Sacramento and local punk rock from Reptilian Eyes." Norm is right in that Boiler Room owner Marcus Schaible is giving up on the bar. He tried in vain to sell it but only found a buyer for the liquor license. (More on that later.) Norm's rockabilly show is not actually the end of the line -- The Boiler Room will be boiling until Halloween weekend, including a final metal show.

"Did you feel that?" asked my wife at breakfast Monday morning as the house shook from a relatively minor temblor. The first Eureka Symphony concerts of the new season picks up on the idea. The shows Friday and Saturday night at the Arkley include the debut of Pangaea, Earthquake Symphony by Halim Beere, a former local who was concertmaster for the E-Symphony until he took off for University of Illinois to study composition and work on his doctorate. Also featured in the program, Shostakovich's "Concerto No. 2" with Daniela Mineva at the piano.

New York DJ Jonathan Toubin is back in town spinning his obscure R&B 45s for another Soul Clap Dance Off; this time a Saturday night thing at the Depot up at HSU.

Local funk-rock-soul-jazz-blues band Children of the Sun has a busy week with shows Thursday at Six Rivers, Saturday at Blondie's for their Oktoberfest party and next Wednesday at the Wave, where live music has replaced the country DJ they had that night of the week. "We're calling it Hump Night," said Wave booker Tracy McCormack. "We're trying to give more local indie bands a chance to play the casino."

For a quite different sort of dance music, check the World Famous show Thursday at the Arcata Theatre Lounge with Ana Sia, a pioneer of the West Coast future sound movement who, according to her website, makes "global slut psy-hop" and Kraddy, formerly of The Glitch Mob, with more "heavy dirty nasty" electro.

Michigan-based Americana/jamgrass band Greensky Bluegrass stops off at the Red Fox next Tuesday on a West Coast tour. (Humboldt is a regular stop since they took on Passion Presents for management.) Who do they sound like? Well, they try not to sound like other bands. "We really just try to make music as a group that sounds and feels right to us," says mando man Paul Hoffman, adding, "It is nice to know that other people really dig it too."

The singer/songwriter show coming up Monday night at the Arcata with Peter Mulvey and his friend Jeffrey Foucault will be also serve as the debut of something called Upstage-Live, planned as a recurring feature on KHUM.

"I want it to be KHUM's flagship, syndicatable show," says deejay/program director Mike Dronkers. "Absynth wrote the theme song, Deric Mendes did the logo [a mic with roots], funding is coming together." Local filmmaker Lynette Nutter will handle videography; the show will be broadcast live as a video stream on the Web and on KHUM. From there, Dronkers promises a "podcast repackaged in every imaginable form.

"We're aiming for a listening/viewing experience akin to eTown or Mountain Stage, just less staid," said Dronkers. "If you've ever heard a KHUM in-studio performance, imagine that with an audience that's involved -- and booze."

I can't imagine a better opener for the series than Peter Mulvey, who I've been listening to for a decade. Dronkers is a fan too. "I think he's got everything you'd want in a friend," he said. "Putting aside all the stock equipment a good folksinger should have, he's just a really thoughtful and warm person. But then he is a brilliant guitarist and singer, too. You ever really listen to those lyrics? Sit down and listen to 'Some People' sometime. It's like church, sans dogma."

An interesting comparison considering what Mulvey told me about his music when I interviewed him years ago: "It's like a finger pointing at the Moon," he said. "Music is just something to wake you up and make you aware of being alive -- it's as simple as that. It's like the purpose of religion, the purpose of art. It's something that says, ‘Here you are.' It's one of the good things. That's it."