Why do pelicans fly so close to the water? 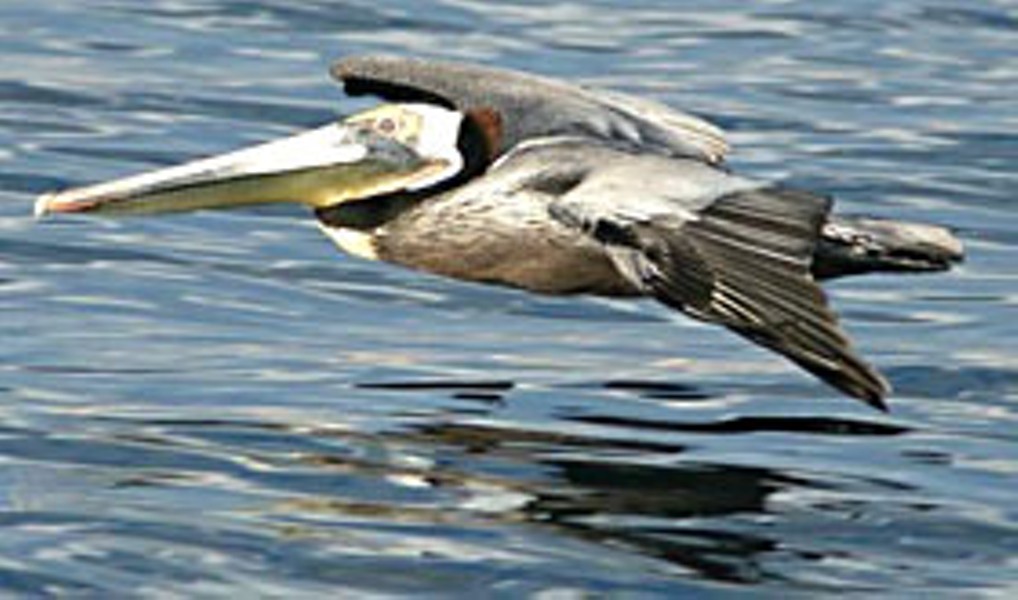 Pelican gliding just above the surface of Humboldt Bay, Photo by Ron LeValley

Air flowing above the wing must travel farther, and thus faster, than air beneath the wing 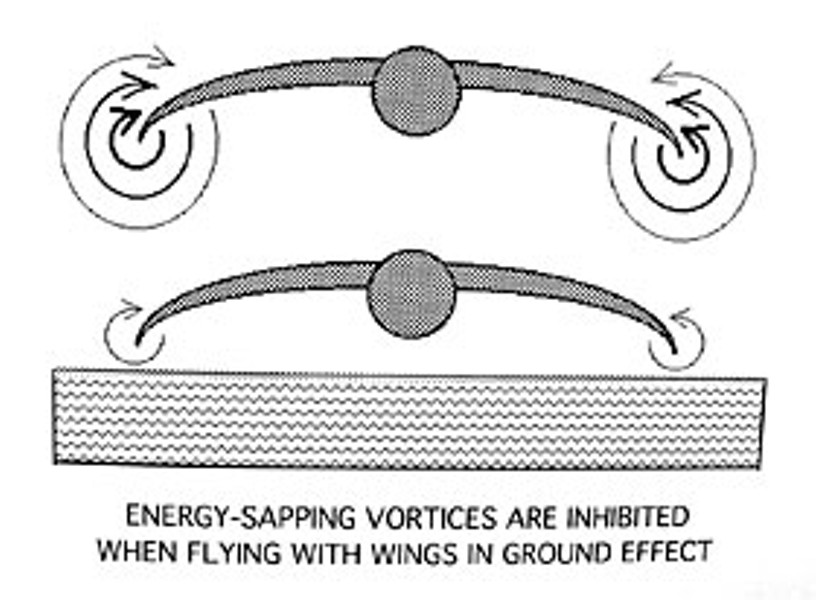 This photograph by Ron LeValley shows a pelican gliding just above the surface of Humboldt Bay. It is not doing so to spy fish, which is better achieved at a higher altitude, but to take advantage of the so-called "ground effect," also experienced by pilots as they approach a runway.

Let us first consider a typical wing profile. Air flowing above the wing must travel farther, and thus faster, than air beneath the wing (Diagram A below). When the air speeds up it drops in pressure — the famous Bernoulli relation. (Actually, it is the pressure gradient that causes the air to speed up.) The pressure is lower where the air is moving faster, above the wing, and this lower pressure causes "lift," the force that counters the weight of the bird. The net result is the deflection of air downward, behind the wing. All this applies to birds at any altitude, but close to the surface a cushion of air is trapped beneath the wing. Relative to the gliding wing, the trapped air is slowed down and is therefore at high pressure, further increasing lift.

There is another advantage for the pelican gliding close to the surface: Drag is reduced because energy-sapping wing-tip vortices are inhibited near the surface of the water, as shown in Diagram B (below). Many commercial aircraft use wing-tip vertical airfoils to reduce vortex formation.

I recommend that you visit the Bay and enjoy the aeronautical skills of our magnificent pelicans. When not flying, they enjoy perching on the oyster racks.

Don Garlick is a geology professor retired from HSU. He invites any questions relating to North Coast science, and if he cannot answer it he will find an expert who can. E-mail dorsgarlick@yahoo.com. This topic was suggested by Benjamin Garlick.