Why do some rocks resemble Swiss Cheese? 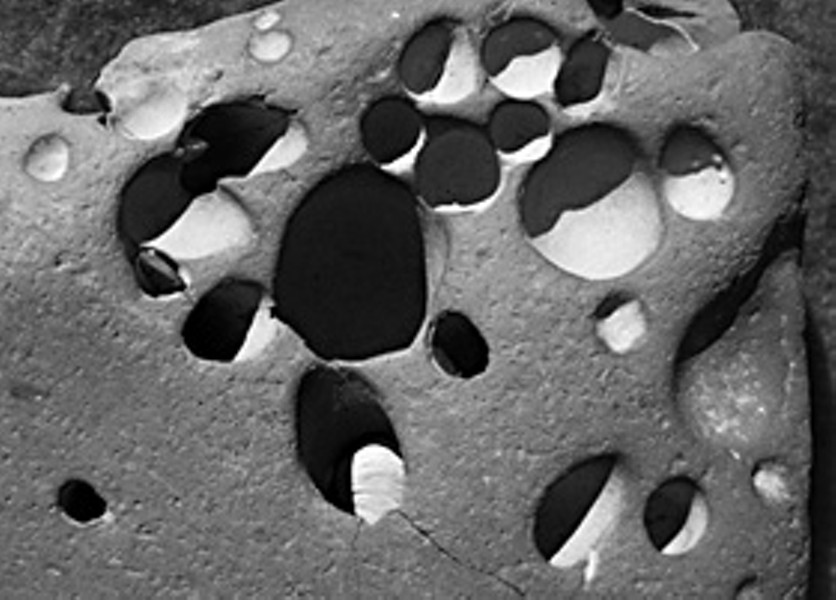 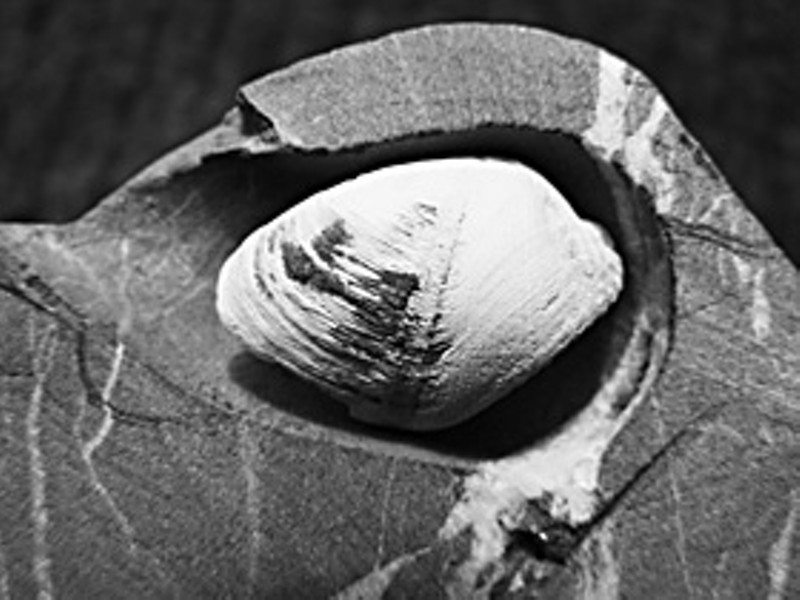 Many rocks along our coast exhibit strange holes. You may be surprised to learn that these holes are bored by marine “Pholad” clams, chiefly for protection from predators. Holes enlarge with depth because each is excavated by a single growing clam during its lifetime of several years.

The clams possess specialized muscles with which to rub and rotate their shells against the rock. However, their ability to drill into hard rocks, as deep as 4 inches, is paradoxical because their calcium carbonate (calcite and aragonite) shells are softer than many of the rocks they penetrate. I exposed one clam by diamond-sawing its host rock. The rock contains calcite-cemented quartz grains (H=7)*, so it scratches glass, and yet this clam excavated a volume of rock at least 10 times the volume of its own shell.

How could a clam abrade such hard rock? Local geologist Tom Leroy suggests that a clam picks up quartz grains with its foot and sandpapers the rock, but I am skeptical because the consensus is that the shell is moved by a stationary foot. Limestones composed of calcite, or sandstones cemented by calcite, are vulnerable to attack by acids, but clams cannot use acid without dissolving their own shells. Furthermore, local greenstones composed of acid-insoluble minerals are also penetrated by these clams. The answer lies principally in the clam’s ability to periodically cease drilling and to instead cover, replenish and enlarge its worn shell, as shown in the graph. It does this about 22 times per year, producing that many growth bands per year.

Boring clams are significant contributors to coastal erosion. Clam borings uplifted above sea level are often enlarged by weathering to produce “honeycombed” surfaces. Walls between holes are more resistant to weathering because they tend to stay drier. How clam borings come to be located many feet above sea level is a story for a future column.

Visit our rugged coast and poke your fingers into our Swiss Cheese rocks (but don’t get them stuck).