Why I Support Terra-Gen's Wind Project 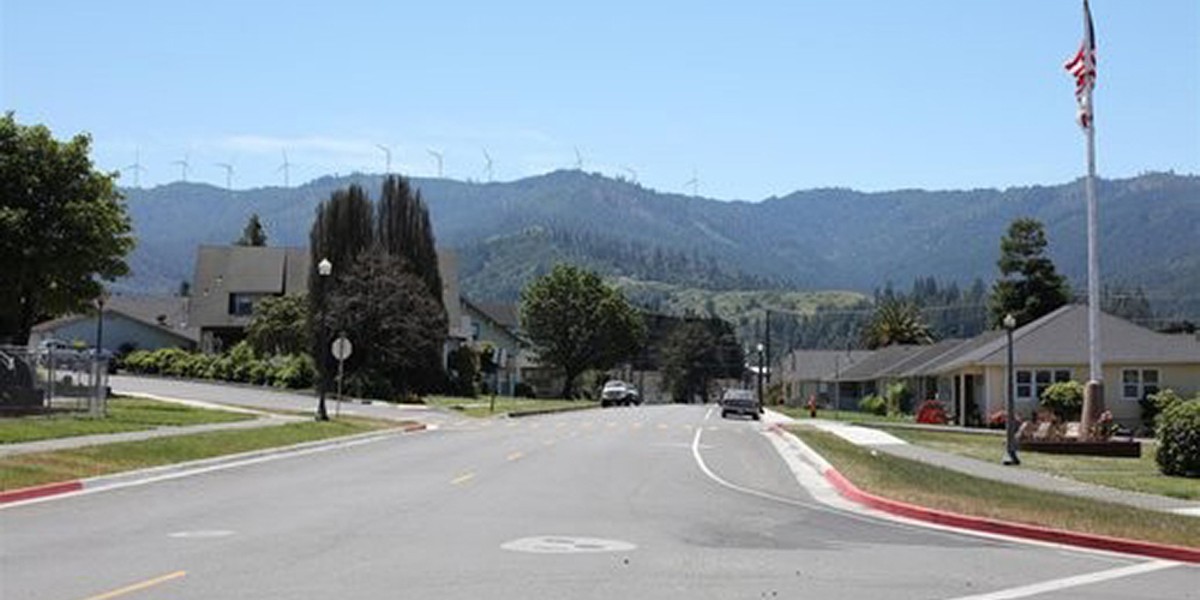 Terra-Gen An artistic rendering of what the turbines will look like from the town of Scotia.

I want to highlight why I support the Terra-Gen wind project and how the project fits into Redwood Coast Energy Authority's (RECEA's) larger, long-term goals for using local, renewable energy production to promote local economic development and reduce the environmental impact of our energy use.

With respect to the Terra-Gen wind project, I support it because:

• It can potentially provide substantial environmental and economic benefits to the citizens of Humboldt County.

• Large-scale onshore wind at the proposed location is the best choice for Humboldt County, at this time, for producing a large percentage (40 percent) of our electricity from local, renewable sources.

• Potential negative impacts of the project can be reduced to levels acceptable to the community.

• The project aligns with the goals of RCEA's Comprehensive Action Plan for Energy (CAPE).

• Producing increasing amounts of electricity from local renewable sources is a perfect complement to converting existing end-use of natural gas and vehicle fuels to electricity.

• The project will produce electricity for Humboldt County at very competitive prices and will greatly help RCEA meet its commitment for "100 percent of electricity, from clean, renewable sources by 2025."

• Climate change is a critical issue that is already having substantial negative impacts. We in Humboldt County have a moral responsibility to our children and future generations to leave them a world as healthy and vibrant as the one we inherited from our parents and ancestors. Arguing that our local impact is small is no excuse for doing all that we can locally and doing so as soon as we can responsibly do so.

In Humboldt County, less than 25 percent of the electricity we use and less than 10 percent of total energy comes from local, renewable sources. Of the millions of dollars that we spend on energy, little remains in our county to create jobs, pay for government services or promote local economic development. Every year, we in Humboldt County dump millions of tons of greenhouse gases into the atmosphere.

There are only three potential local renewable energy sources that have been commercialized and that are capable of providing a significant percentage of our local energy use: biomass, wind and solar photovoltaic.

An ideal renewable energy source would be low-cost, available when we need it and have low impacts.

Biomass — We locally produce about 20 percent of electricity used in the county from biomass. Cost is slightly higher than electricity imported from outside the county. Because of limitations on the availability of wood waste biomass and the expressed desire of the community to limit air emissions, I don't see expansion of wood waste electricity production as likely. Biomass power output is constant, which is desirable.

Wind — Humboldt has some of the strongest and most consistent winds in North America, especially offshore. The proposed Terra-Gen site is the best onshore in the county in terms of winds, grid access and electricity cost. Offshore has stronger and more consistent winds, but will not be in commercial operation before 2025 and will likely be significantly more expensive than onshore until at least 2030. Long term, there is great potential for expansion of offshore wind. Wind output is variable depending on wind speed but is a good fit for the county's daily and seasonal patterns of energy consumption. Wind energy, both onshore and offshore, would provide substantial net greenhouse reduction benefits even when including all aspects of a project.

Solar PV – In Humboldt County, this is two to four times as expensive per unit of electricity than onshore wind. Large daily and seasonal variability of PV greatly limits the amount of energy that the electric grid can carry without major transmission upgrades. PV is not the best match for electricity use patterns of the county to produce a large percentage of our energy. PV has played and still can play an important role in giving individuals more direct control of their energy and for emergency back-up. PV has minimal local environmental impacts but significant impacts in manufacturing, disposal and recycling of panels and other equipment.

The Draft Environmental Impact Report (DEIR), commissioned by Humboldt County, identifies potential impacts from the project and, for impacts that are significant, describes methods to reduce them to less than significant. I urge members of the public who are concerned to read the DEIR and to testify in writing or in person to the Humboldt County Planning Commission to improve the DEIR and to correct parts of the project you feel are deficient.

I am also expecting that Terra-Gen will sign formal agreements with local labor leaders to maximize local employment during construction and operation of the system.

Terra-Gen is a large outside company that exists to make a profit for its investors. It does so by producing energy from renewable and non-renewable sources in compliance with federal, state and local codes and standards.

I would have preferred that a wind turbine project at this site were being developed by a local developer but none has the capacity to do a project on this scale.

RCEA exists to give the citizens of Humboldt County public control of energy in the County. RCEA has been successful because:

• We are technical experts.

• We are financially, ethically and environmentally responsible.

• We reflect the diverse values and priorities of the individuals and communities of Humboldt in the energy sources that we use and the energy products and services that we provide.

I have worked in the sustainable energy field for more than 20 years as an engineer and as an elected official and have dedicated myself to the goal of seeing that we in Humboldt County, on balance, produce all our energy from local renewable sources.

I think wind turbines are beautiful. I would be happy to have sight of them from my backyard.

I have no financial stake in this project or in the wind industry.

All energy sources have impacts. It is right for us as a county to minimize those impacts and to take responsibility for the impacts that our energy use causes. It is also right for us to maximize the local benefit from production of the energy that we use.

For all those reasons, I support the Terra-Gen wind project.

Michael Winkler is a member of the Arcata City Council and the chair of the Redwood Coast Energy Authority's Board of Directors. The views expressed above represent his personal opinion, though he believes them to be consistent with the positions and policies of RCEA and its staff.