An Idiot Rationalizes: Why I Will Not be Using Your Preferred Pronouns 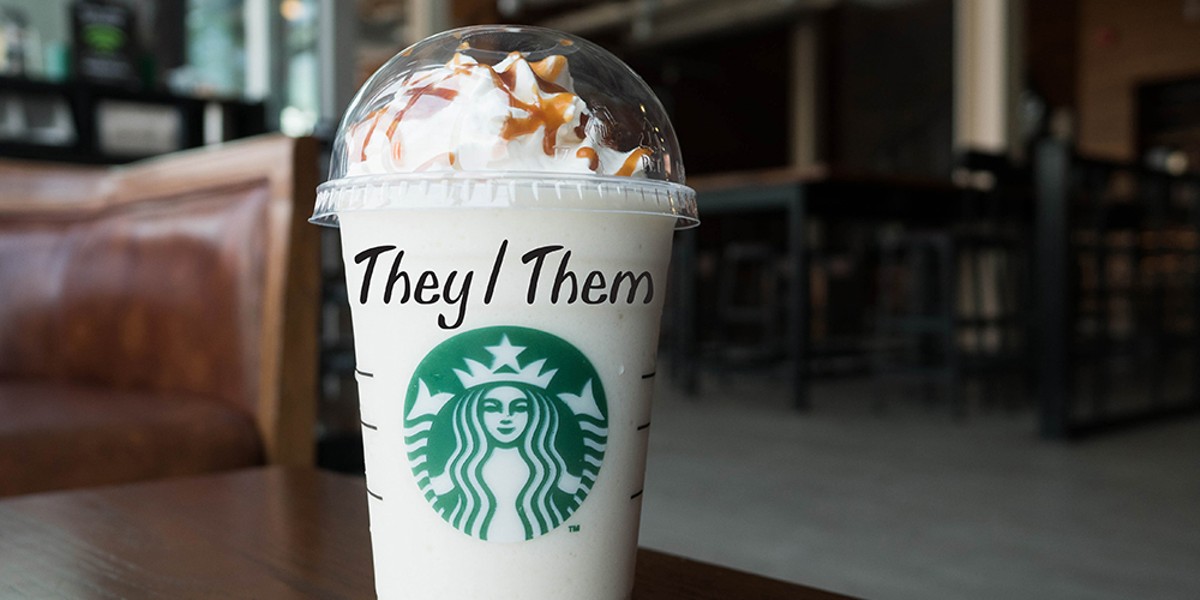 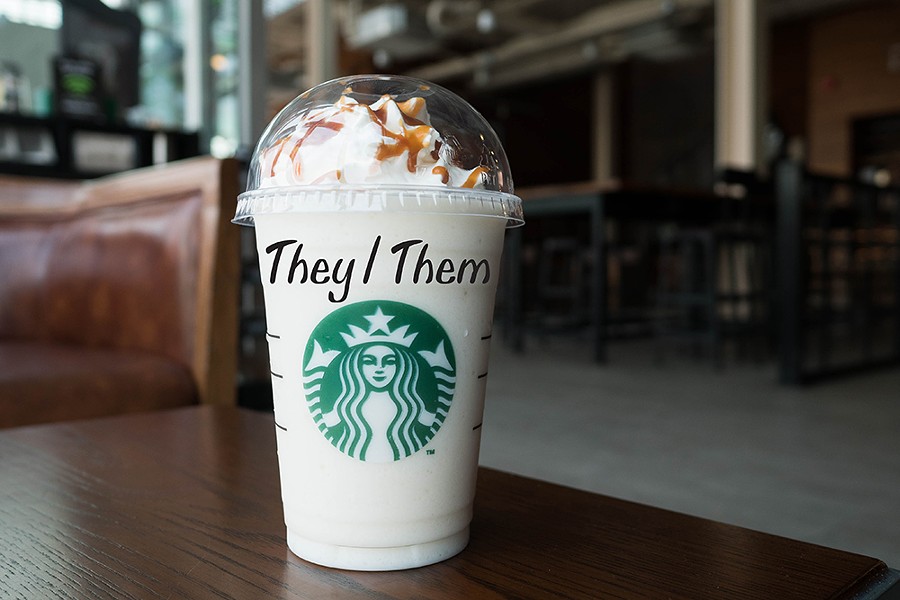 NCJ Photoillustration
Editor's note: To avoid any confusion, please note that this is a work of satire. Call people what they wish to be called.

We've been friends for a long time and when you announced that you are non-binary I wanted to be a supportive ally. Remember, I was one of the first people wearing a safety pin until I realized it was leaving little vampire-bite holes in all my shirts and jackets. I'd still do anything to support you — anything! Except call you they/them.

Firstly, the grammar gets me. And "they/them" clearly refers only to two or more people. You know how deeply I care about singular and plural distinctions, as evidenced by my habit of pointing aggressively whenever I say the word "you" and my refusal to discuss deer or fish in those terms, preferring instead to call them "antler dogs" and "scaly flippies." It's as serious an issue to me as ending sentences with prepositions or using British spelling — knowing he writes "favourite" and "colour" is the reason Idris Elba and I are not together right now. It's just wrong. I literally can't make myself use incorrect English. If someone isn't happy with he/she, then they can come up with something else that will hopefully require no transitional effort from me personally. And until they do, I'm not giving in.

It also sounds clunky. Even if the dignity of being addressed by pronouns that don't impose ill-fitting categories onto you was important enough to change English language and usage, it would have to be a little more musical to the ear. Do you really think the Oxford English Dictionary would have added "mankini" in 2011 if it didn't roll off the tongue? The clunkiness is part of what makes they/them an imperfect solution I cannot accept. "People of color" has always hit my ear as awkward, too. Do we not all have color? That's why I've vowed to go old school and only use the 19th century anthropological categorizations of Negroid, Mongoloid and Caucasoid until a perfect solution presents itself. Respecting your gender identity will just have to wait, too. Don't worry, sticking to terms previous generations were mostly fine with always works out.

But this isn't just about respecting a person's sovereignty over their — I mean, his or her — own naming, like when I abruptly switched my name to its French equivalent in the eighth grade or the justifiable rage I fly into when it's misspelled on a Starbuck's cup. (L'accent aigu, people — it's not hard.) It's even more crucial than our right to be accepted for our naturally evolving identities, like when I came back from a semester abroad with a Barcelonian lisp.

Consider for a moment how this will affect me. If I'm forced — strong-armed by common manners — to use they/them to refer to you in the third person, I'll have to actively acknowledge the existence of more than two genders when you're not even in the room. And sure, I get it that scientists have long drawn a distinction between gender and biological sex, and that neither necessarily divides into two neat categories for everyone. But now I have to stand up for facts and science when you're not even there to see me do ally shit?

And while I get it, I don't want to constantly be thinking about it. I used to be able to stand in the co-op checkout line secure in the knowledge that even though we were all strangers with different ancestries, native languages, religions and creeds, I could at least make a fair guess at what kind of reproductive organs everybody was packing, toss them into one of two time-honored piles and potentially talk to or underpay them accordingly. But now that trans and non-binary people are on my radar, everyone might as well have Schrödinger's junk — male, female, non-binary or dozens of other possibilities including no gender — until I get to know them as individual humans, I guess?

Are we just going to let everybody determine their own gender identity and how they want to be addressed? What about my choices? Because I'm feeling like my right to free speech with zero consequences is being sharply curtailed here. I value our friendship but adjusting to your preferred pronouns would be forcing me into a box that feels awkward, unnatural and untrue to my authentic self. And I would never do that to you.

Editor's note: The title has been altered to make the satirical tone clearer to bigots who keep gleefully writing the author.