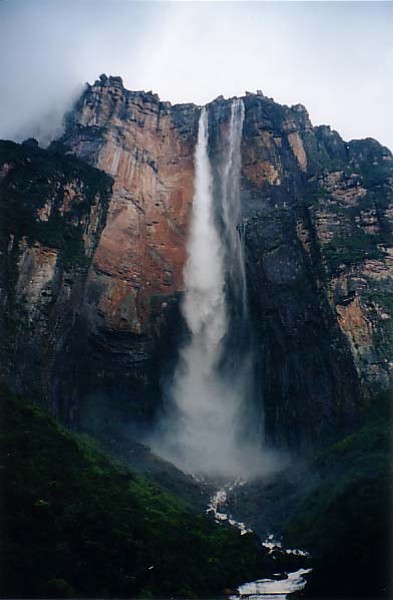 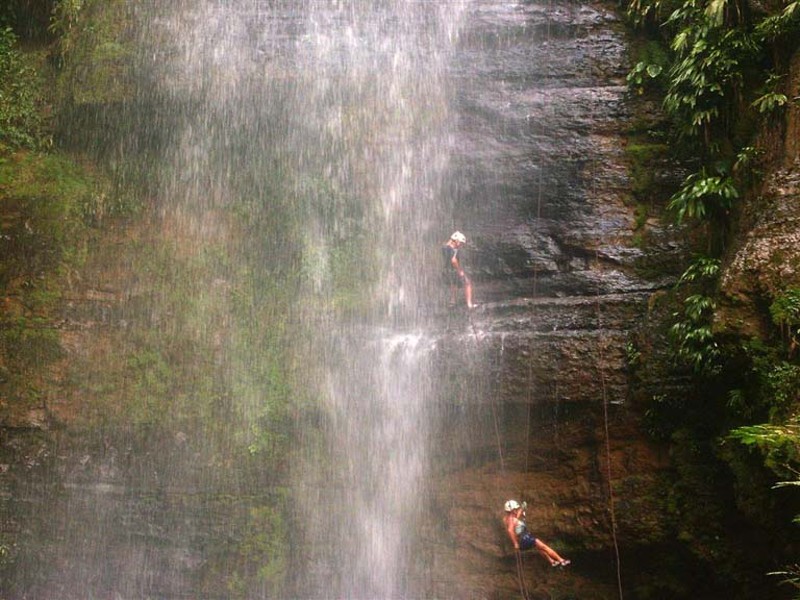 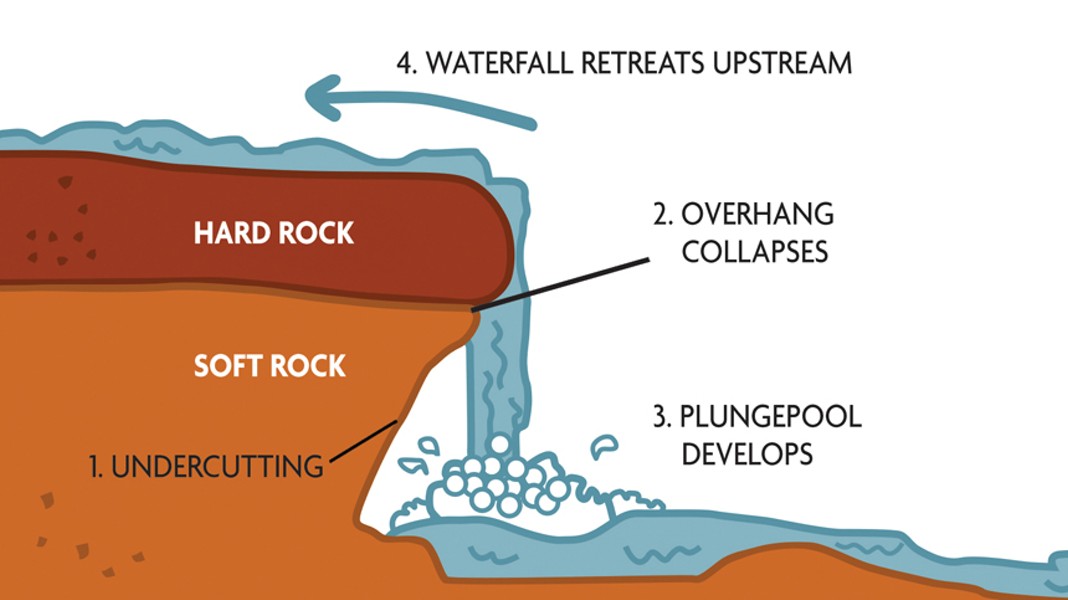 Louisa and I were admiring Cascada Borrones, the third highest waterfall in South America, near San Agustin in southern Colombia. “What exactly causes it to form?” she asked. “Um ... differential erosion,” I replied, trying to summon an image from, if not eons ago, a long time past. Geology 101, University of London, 1960. The mind-picture I recalled looked something like the one in the accompanying diagram: hard rock overlying soft rock. (See diagram.)

The hard layer isn’t eroded much by the water, so it acts as a shelf for the river to flow over. Meanwhile, at the base of the fall, cascading water erodes the softer rock—especially if it contains stones and gravel, adding to the turbulent scouring action. Eventually the hard rock above collapses—not because of erosion, but because of undercutting, as shown. This, of course, adds to the material abrading the base of the fall. All this means that the crest of a waterfall is in a constant state of retreat — typically, by a few feet a year. Niagara, for instance, has retreated about seven miles southward over the last 10,000 years, at an average rate of about a yard a year. Eventually, waterfalls die, victims of their own kinetic energy. Vertical drops erode and crumble, to be replaced by steeply-sloping cascades that in turn yield to the gentle profile characteristic of mature rivers.

That, at least, is the rough-and-ready story, applicable to most waterfalls. Exceptions abound: what about California’s iconic falls in Yosemite National Park, with granite above and below? No differential erosion there, it’s all the same stuff. In this case, waterfalls drop into the deep glacial valley scoured out during the last ice age. Yosemite Falls itself is the highest in the U.S., measuring about 2,400 feet from the top of the upper falls to the base of the lower falls.

The world’s highest waterfall is 3,200-foot Angel Falls in Venezuela, named after Jimmie Angel, the American pilot who crash-landed at the top of the falls in 1937. (He and three companions survived after an 11-day descent.) On the other side of the Atlantic, Victoria Falls on the Zambezi River is usually cited as the largest fall in the world based on volume, with a peak flow of some 450,000 cubic feet per second. That’s a two-foot-deep city blockful of water every second!

You don’t have to go far to see waterfalls here in Humboldt — not quite as dramatic as Angel or Victoria — such as the lovely perennial falls cascading down the walls of Fern Canyon in Prairie Creek Redwoods State Park. Nice spot for an end-of-winter walk. Take your boots.

Barry Evans (barryevans9@yahoo.com) has been hooked on waterfalls since cycling as a teenager in Scotland many years ago. Eureka Books carries his books.