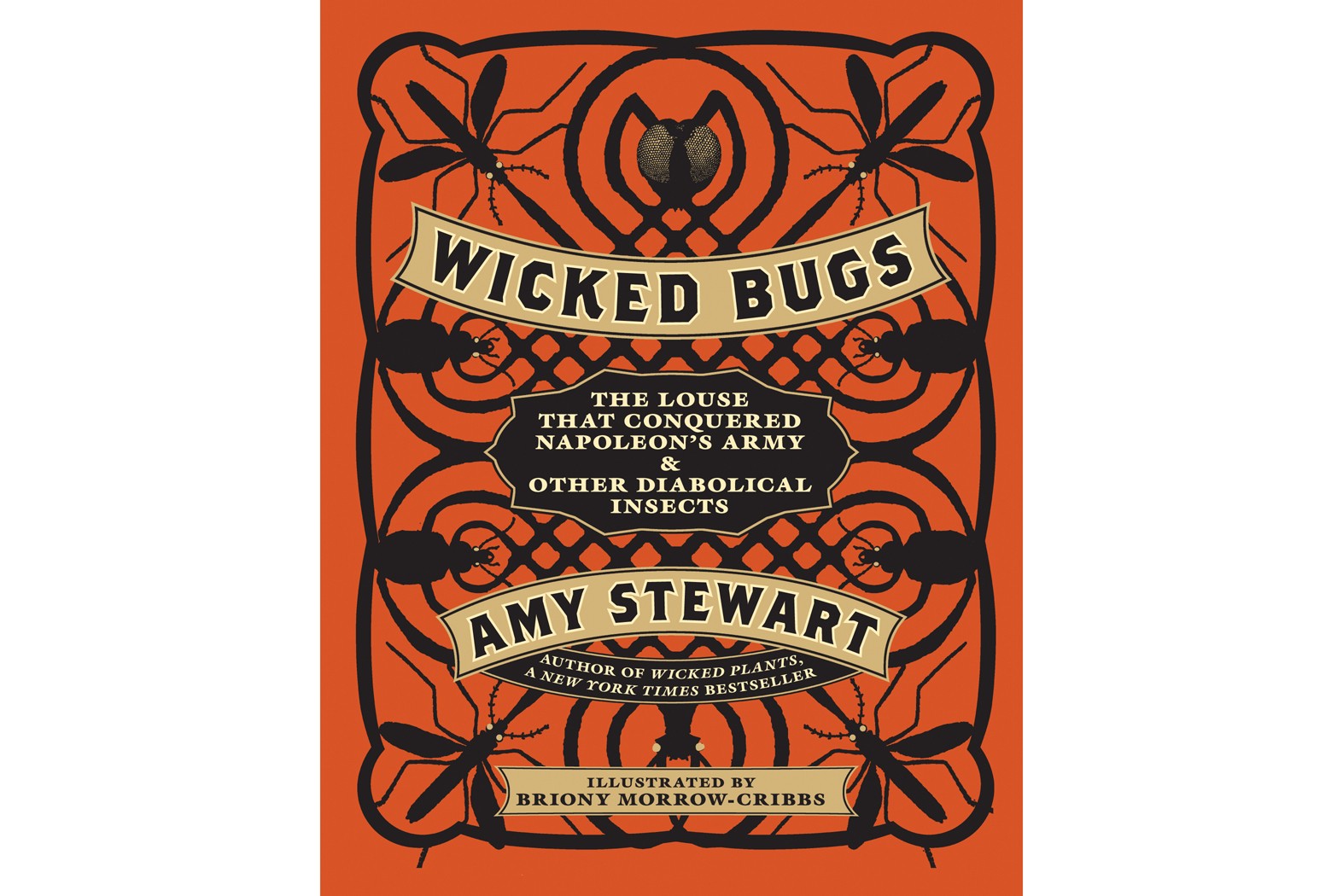 Bestselling author and superstar Journal contributor Amy Stewart has been on a whirlwind nationwide tour with her latest book, Wicked Bugs: The Louse That Conquered Napoleon's Army & Other Diabolical Insects. She'll be back in town in time for the official book launch party this Saturday from 6 to 9 p.m. at Eureka Books, the antiquarian bookstore Stewart owns with her husband. Somehow, between writing workshops, harried flight connections and interviews with the likes of National Public Radio and the New York Times, Stewart managed to send us this dispatch from the road.

Unhelpful email: We only have eight people registered for your event. I'm so sorry, but I didn't think it would be a problem to hold an event on Easter weekend due to our large adult Jewish audience. Also, we don't usually introduce our lecturers. Do you mind introducing yourself?

Reassuring reply: There is more publicity to come, I am busting my ass, my publicist is busting her ass, asses are being busted in hopes of attracting the attention of large Jewish adults looking for entertainment this Easter weekend.

Terrifying realization: People are repulsed by bugs and might not want to read book and/or attend lecture on the subject. Should have thought of this earlier.

Medical symptoms: Racing pulse at top of stairs signals incipient heart attack brought on by dinner of beer and truffle fries. Wait, no -- Mile High City. It's the altitude.

Clarification: Thought I was teaching a four-hour writing workshop; have just been reminded that it's actually six hours. What I know about writing may not fill six hours.

Much more helpful email: Publisher just booked me on [NPR's] "Weekend Edition." I share this news with the class, then immediately feel like an idiot for doing so. Halfhearted congratulations all around. Forward email to spouse in hopes of more ebullient response.

Pre-"Fresh Air" interview sleeplessness not cured by: mentally rehearsing interview questions; silently pronouncing scientific names of insects in case of on-air Latin quiz; counting tarantulas as if they are sheep except they are not; turning off lights and closing eyes; watching "Friday Night Lights" on Hulu; not entirely medically necessary pain pill; wondering if someone who is still awake at 2:30 should just stay up until dawn.

Tip for @KHUMradio: You've got 140 characters. Use them. Damn. (Clarification followed promptly; much appreciated.)

Angry audience member: Believes castor beans should never be sold, stored, shipped, owned, germinated, exhibited, discussed or allowed to exist in any manner due to potential lethality. Resisting the temptation to inquire about audience member's stance on gun control.

Best hotel moment: After bringing large, cold, much-anticipated Hendrick's martini, waiter says, "Can I bring you an iPad?" Why, yes, you can.

Number of large Jewish adults actually in attendance at event: Thirty. Not eight. Audience members not particularly large, may or may not be Jewish.

Upon hearing Terry Gross say my name on the radio, I: Pulled over. Shaking. Called my mother.

Do not order nachos in: Chicago.

Other best hotel moment: Rahm Emanuel whooshes through lobby with two staffers to a chorus of "Morning, Mr. Mayor!" from staff.

Damning with faint praise: "I tell everybody that this is the perfect bathroom book. Oh, I hope you don't mind me saying that." Um ... ewww. I kind of do.

Days remaining on Leg One of book tour: Six.