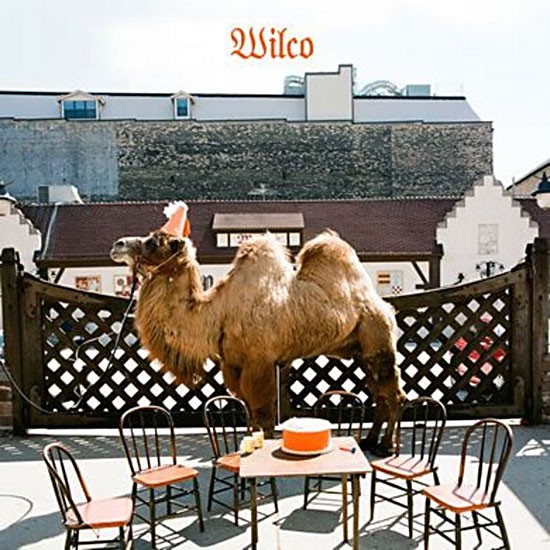 Jeff Tweedy, bandleader and voice of Wilco, is a man for all seasons. Literally. After the split with Uncle Tupelo -- in which the other songwriter, Jay Farrar, formed Son Volt -- Tweedy has amassed an interesting catalog that spans from 1995, with the Wilco debut, AM. Wilco's seventh studio release, Wilco (The Album), falls into the seasonal thematic string that ties together all of Tweedy's records with Wilco. And the new release, appropriately enough, is a summer record. It's an unusually close kin to 1999's Summerteeth, a record that bore the late Jay Bennett's influence (and his love for Big Star-like pop hooks), but now more mature, aged. In a number of aspects, the new album shows similar musical arcs on deceivingly dark songs.

Wilco (The Album) offers a snack pack of upbeat pop, ballads and mid-tempo, dirge-tinged rock numbers. The opening cut, "Wilco (The Song)," a tune Wilco publicly debuted during the recent presidential campaign on the cable TV show, The Colbert Report, recalls the opening chords of The Velvet Underground's "I'm Waiting For My Man," signaling the record's musical tone. Consistent to the band's namesake, which derives from military radio operators' language for "will comply," Wilco (The Album) works from a series of pulses, borrowing from Krautrock-derived rhythms of repeating, short riffs.

"Bull Black Nova" exemplifies how Wilco (The Band) elevates this foundation, creating a swirling interplay of instruments playing off of one another that also reflects the increasing anxiety of the narrator in the song. It is also one of the few songs that allows maestro guitarist Nels Cline to occasionally break loose.

And this is a signifier of the album as a whole: It's a pleasing record, filled with songs rooted in the Wilco catalog, colored with Tweedy's dark perspective. Overall, the music seems a bit reined in and tightly packed, lacking that bit of edge and vibrancy that Cline and the rest of the stellar band clearly exhibit in their live performances.

According to the record label's Web site, Tweedy said his goal for Wilco (The Album) was "to use the studio as another instrument." However the Studio (The Instrument), coupled with Tweedy (The Songwriter) and his intellectual distance provide too much space from summers felt to summers revisited. The way the songs are shaped, performed and edited (co-produced with Jim Scott) reflects this. The parentheses, in a matter of speaking, provide a barrier rather than symbolizing solidarity. And after other seasons explored -- such as autumn (Yankee Hotel Foxtrot and Sky Blue Sky) and winter (A Ghost is Born) -- perhaps Tweedy could fully explore, with sincere vulnerability, an unexplored season like spring. For Tweedy (The Songwriter), that could truly be a challenge, one that would allow Wilco (The Band) to expand to new musical fringes and territories.