Photo By Talia Rose A northern pygmy owl perches on a tree near Benbow on March 29, 2017.

Photo By Talia Rose A black bear out for an early-morning stroll on the South Fork of the Eel River bar.

Photo By Talia Rose Two sandy river otters resting on the beach along the South Fork of the Eel River on Nov. 1, 2017.

Photo By Talia Rose A gray fox kit nestled in the grass along the South Fork of the Eel River on June 10, 2018.

Photo By Talia Rose A pileated woodpecker perches on a tree Sept. 10, 2017.

Photo By Talia Rose Talia Rose considers this Oct. 15, 2018, series of photos of a mountain lion her "holy grail" of wildlife photography.

Photo By Talia Rose A mother mink brings a crayfish back to the den to feed her babies July 10, 2018.

When most people think wildlife photography, their minds wander to far off jungles and frozen tundra, exotic animals and out-of-reach summits. But that's not Talia Rose.

For 12 years, Rose has documented the small stretch of the South Fork of the Eel River that is her backyard.

"I'm originally from Long Island, New York, and that place never felt like home, so I pretty much traveled the country until I found the Humboldt-Mendocino area and this little cabin on the South Fork of the Eel River," she tells the Journal by phone from the floor of Organic Grace, a store she co-owns with her husband in Garberville, selling organic mattresses and home products. "That was 28 years ago."

But Rose says she hadn't done much photography since high school — not seriously, anyway — until one day when she noticed a bald eagle spending its mornings in a tree across the river from her home.

"I picked up a camera and said, 'I've got to start taking pictures of this eagle,'" Rose recalls. "Then, I needed a better camera and a bigger lens, and so began my descent into wildlife photo journaling. ... I started looking around and seeing more wildlife." 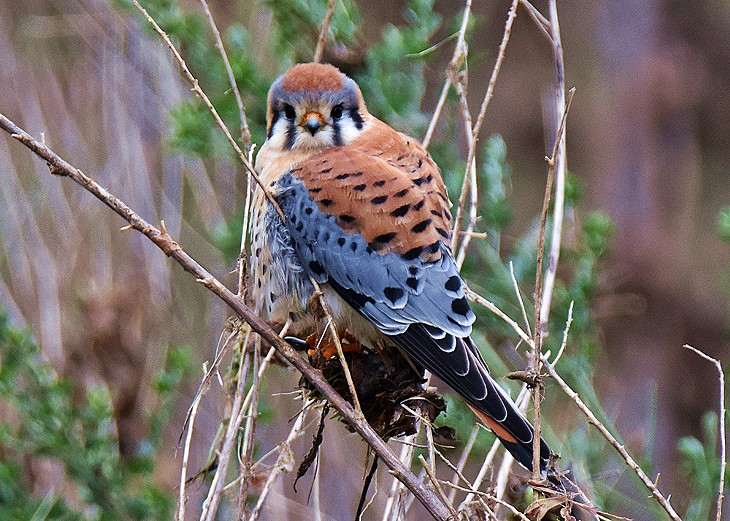 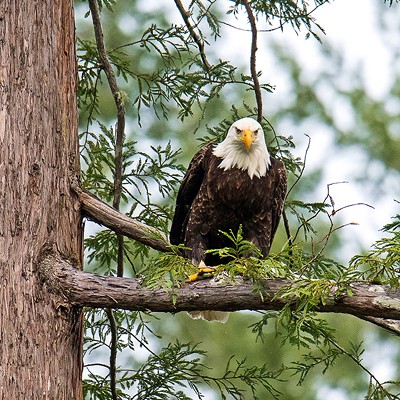 Rose has photographed eagles, minks, otters, deer, bears and nearly everything else you can imagine hanging out in or around the river where Humboldt and Mendocino counties meet.

Almost entirely self-taught, Rose says her brand of wildlife photography is really about a deep connection with a place over time. "I walk the river every single morning before work," she says. "I just go out and walk the valley I live in."

Walking means toting her camera and telephoto lens, and documenting everything she sees. It means getting "in tune" with the river by watching it quietly for hours every day, scanning the shadows for movement. And when Rose sees an animal, she talks to it, quietly under her breath, trying to forge that connection until "the layers of the river just reveal themselves to me."

Rose chuckles recounting how she first approached the Independent newspaper six years ago with her shot of a river otter, only to be told it wasn't good enough. Rose kept shooting and submitting, and her work is now a fixture on the weekly's front page.

"I wish I had more technical knowledge," Rose says, "but my brain doesn't really work like that. I'm much more into just hanging out with the wildlife and taking 500 pictures, hoping that five will come out." What she knows best are the animals themselves.

Rose has a healthy respect for the creatures that share her stretch of the river. She jokes that she's long wanted to see a mountain lion, so long as it's on the other side of the river.

Last summer, she was on her back porch when she noticed ravens "going crazy," squawking up and down the ridgeline. Rose says she watched for a few minutes and saw a flash of tan fur in an opening in the woods along the riverbed. At first, she says, she told herself it was a deer. But an hour or two later, she had an epiphany: "That was not a deer. That's not how deer move. This thing was sauntering."

She'd seen a lion. The next day, she headed out on her morning walk and found mountain lion tracks in the sand on the river bar. "On my side of the river," she quips.

On one of her morning strolls a few months later, eyeing the otters across the river, she heard the ravens "freaking out again." They weren't the squawks that fill the air when an eagle enters the valley. They sounded as they did when Rose saw the lion.

"They were up in a tree across the river," Rose recalls. "I spent about 20 minutes just walking back and forth, back and forth, because things can remain really hidden until you get to just the right spot and they reveal themselves. I saw a cave in the brush and a mountain lion was lying there, getting ready to go to sleep."

Rose says she stopped to raise her camera and she and the animal locked eyes across the water. She started shooting and kept shooting, the mountain lion aware of her but apparently not overly concerned or interested, and intermittently dozing off. After an hour or so, Rose says she had to get to work — "and, after all, how many pictures can you take of a sleeping mountain lion." She didn't get far before she saw an otter she'd photographed earlier swimming down river. Rose resumed her position, watching as the unwitting otter pulled itself from the river and into the grass next to the lion.

"The lion takes, one, maybe two, maybe three steps and then jumps through the air and pounces on the otter," Rose says, adding that she saw the otter slip back through the grass and safely into the river. "Then, the mountain lion glares at me from across the river, totally blaming me for this otter getting away because perhaps its attention was divided. I talk to animals when I'm photographing them. I try to send psychic messages to them. So I said, 'OK mountain lion, it's time for you to go now.' He does. He turns around and, at that point, I hightail it out of there."

Rose says she hadn't been scared — just really excited — during the encounter but on the walk back home, mostly through thigh-high brush, she realized her adrenaline was pumping.

"A bunny jumps out of the bushes and I scream at the top of my lungs," Rose says, laughing at the memory.

Her photographs are also on display at Art of the Burl Redwood Gallery on Avenue of the Giants in Miranda.