Will Your Dispensary Keep it on the DL? 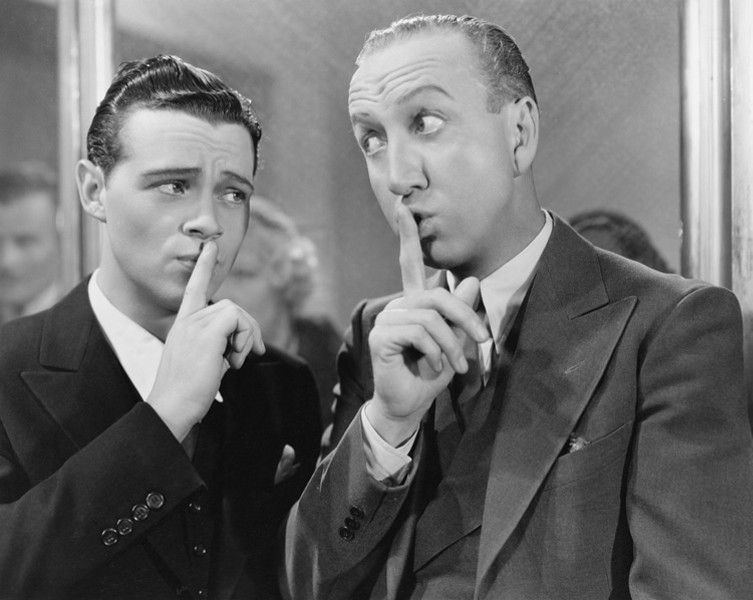 Imagine you like to smoke weed, or maybe you're just curious, and you venture into one of Humboldt County's handful of recreational cannabis dispensaries to make your first purchase. On the way in, an attendant checks your driver's license to make sure you're of age. You peruse the offerings, pick up a bag, some pre-rolled joints or maybe an edible, and are on your way.

Video surveillance cameras captured your whole visit and the dispensary may have your personal information — remember handing over that photo ID? — and that gets you wondering: Just how secure is your personal privacy in the world of recreational weed?

If you're worried about federal agents seizing your records and showing up at your doorstep, relax. While there's no question the feds would have the legal authority to subpoena dispensary records — cannabis remains a Schedule 1 drug under the Controlled Substances Act and very illegal federally — and pursue piddling federal possession charges against the tens of thousands of recreational cannabis customers in the state, virtually everyone agrees that's a batshit crazy nonstarter that simply won't happen. No matter how much Attorney General Jefferson Beauregard Sessions III might want that, it's not the world we live in.

Now, if your concern is documentation tying you to a marijuana purchase and said documentation somehow becoming public — through a leak or unrelated lawsuit — thereby causing you embarrassment or trouble at work, well, that's legitimate, I suppose. But you're probably far more likely to run into your boss, in-laws or nosey neighbors walking out of a dispensary in Humboldt County, where anonymity can be as elusive as our furry, bipedal friend Bigfoot.

The more sinister privacy concern out there is whether companies are logging your personal information and selling it to third parties who will target you in marketing campaigns.

The Journal interviewed three local dispensaries and all said they take privacy concerns seriously. At this point, for recreational users, two said they don't even record customers' information — they simply check to make sure they are of age and then move along. The third said they retain customers' name and dates of birth in a secure database so they can follow the state law and ensure they don't sell more than an ounce to any single customers over the course of a day.

But at some point, when the state gets its secure statewide database up and running, all dispensaries will have to log their customers' names and birth dates, which will track purchases.

At the moment, however, it seems locals can purchase recreational cannabis without too much worry their data will fall into the wrong hands. But that's not the case everywhere. Throughout the state, some dispensaries require customers to "register" by forking over email address, phone numbers and more. There's nothing to prevent these dispensaries from then turning around and selling that information to third parties, including some marketing firms that will explode your email inbox and physical mailbox with junk, and keep your phone buzzing with those annoying automated calls.

As a consumer, if this kind of thing worries you, it's important you do due diligence to get informed. When the person working the dispensary door asks to see your ID, ask why they need to see it and what they're going to do with it. If you're asked to fill out a form, ask what they're going to do with the information provided and, for the love of all that's holy, read the fine print.

And if you're going to venture into the wilderness of online shopping for your cannabis product needs, all bets are off. Know that it's a safe bet that buying your next vape pen — or even those flavored rolling papers — online will mean a lifetime of spam and targeted social media ads featuring posters of the 24 best cannabis strains, weed jar iPhone cases and cannabis wall calendars.