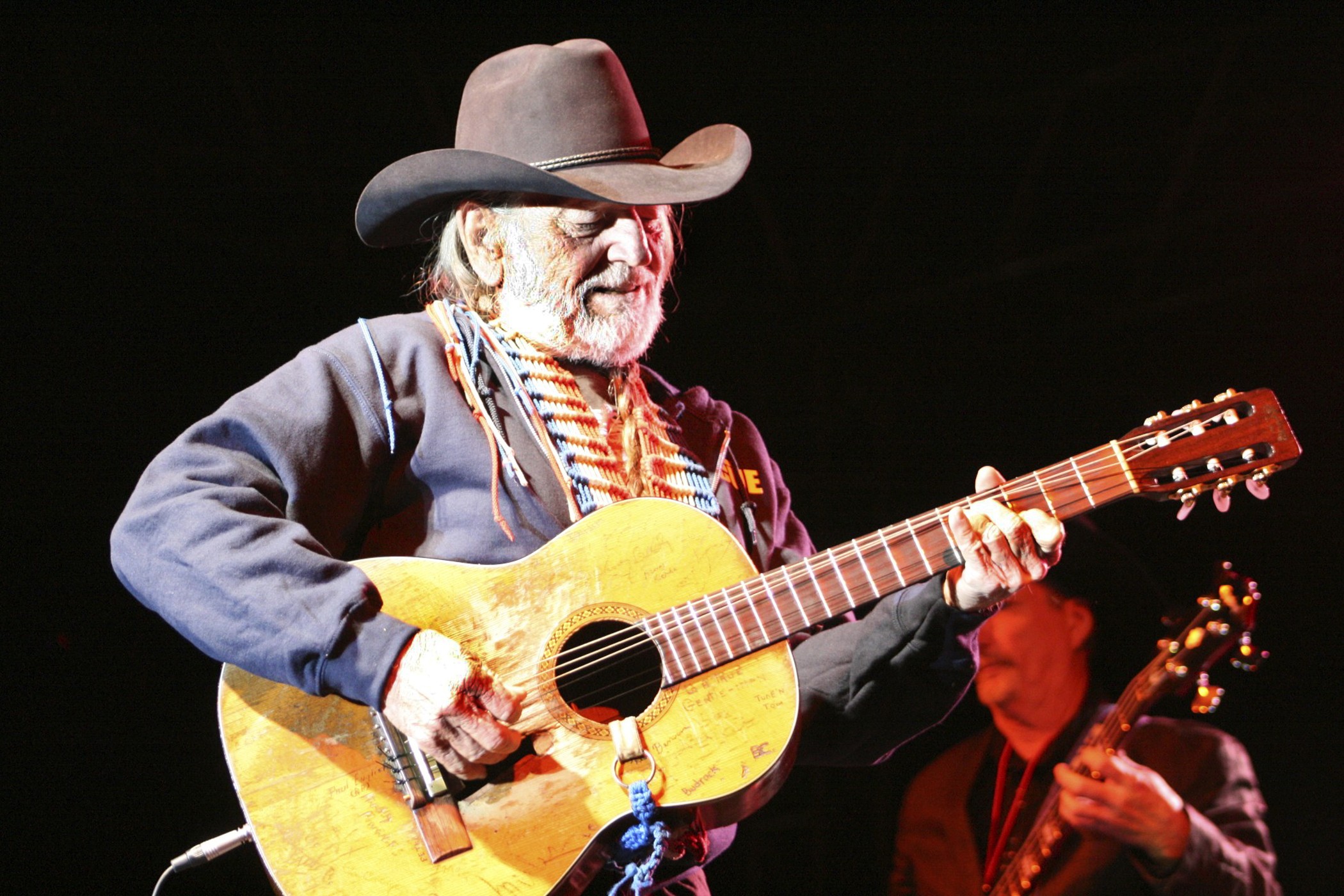 CenterArts dominates Humboldt's September concert scene with a trio of high profile shows starting with the biggie: Willie Nelson and Family playing Friday, Sept. 9, on the racetrack at Humboldt County Fairgrounds in Ferndale. Don't need to say much about Willie -- he's an outlaw country icon with a songbook as deep as the ocean. Those who saw him in SoHum a couple of years ago know he puts on a helluva show.

Less than a week later, Thursday, Sept. 15, CenterArts brings pianoman Bruce Hornsby and The Noisemakers to the Van Duzer. Perhaps best know for his 1986 megahit, "The Way It Is," Hornsby played keys for the Grateful Dead and later The Other Ones, but he's his own man, another American original mixing rock with jazz, bluegrass and classical.

Toward the end of the month, Wednesday, Sept. 28, blues legend Buddy Guy steals the Van Duzer stage. A dynamic performer, Guy was among the pioneers of the electric blues guitar sound that came out of West Side Chicago in the '60s.

The Redwood Jazz Alliance kicks off another stellar season of fine jazz Thursday, Sept. 15, in HSU's Kate Buchanan Room with the Donny McCaslin Group, a quartet featuring McCaslin on sax and keyboardist Uri Caine, who led his own band in a previous RJA show.

Also coming up on campus: New York two-tone ska vets The Slackers (Sept. 11), Austin, Texas, songwriter Matt The Electrician (Sept. 20), Latin/ska/punk by Voodoo Glow Skulls (Sept. 23), Portugal. The Man, not a solo artist, a band from Wasilla, Alaska, via Portland Oregon (Sept. 27), and funny stuff at the Semi-Final Round of the SF Comedy Competition (Sept. 29).

Blue Lake Casino is setting up an outdoor stage for its Blue Lake Ride the weekend of Sept. 9-10 when it has a Friday night show with dueling tributes: The Kiss Army on the big stage and local Tom Petty cover band Full Moon Fever in the Wave. Saturday it's classic rock time with Lou Gramm from Foreigner paired with Starship featuring Mickey Thomas, a very distant cousin of the Jefferson Airplane.

An outdoor music series, dubbed "Unwind Your Mind," continues though the month at the casino starting with more rock tributes: Bonfire, a tribute to AC/DC on Saturday, Sept. 17, then Queen Nation, a tribute Queen (of course) on Saturday, Sept. 24, including a Freddy Mercury look-alike contest. The following Friday, Sept. 30, it gets more real with jamgrass masters Hot Buttered Rum, then Unwind Your Mind goes out with a bang Oct. 7, with local fave Michael Franti and Spearhead (advance tickets suggested).

Friday, Sept 16, the Northcoast Environmental Center hosts its annual All Species Ball, a dinner/dance concert with jazz while you eat, then folk by The Singing Nettles and Dead tunes by The Miracle Show.

The Ball serves as prelude to Saturday and Sunday's North Country Fair and Harvest Celebration (Sept. 17 and 18), a venerable tradition on the Arcata Plaza with dozens of bands, mostly local, and assorted dancers on three stages along with the usual arts, crafts, etc. Big fun.

Portland-based husband/wife mando/fiddle team David Tiller and Enion Pelta-Tiller have been mashing world and folk genres as Taarka for 10 years; they bring their strings and friends to Humboldt Brews Thursday, Sept. 8, with The Singing Nettles opening.

Local electro-jam-funksters Moo-Got-2 are back in action Friday, Sept. 9, with a show at Jambalaya.

For neo-traditional country blues and jazz you have The California Honeydrops coming to Jambalaya Tuesday, Sept 20.

On the "psychedelic experimental pop" tip of electronica, there's Travis Stewart, aka Machinedrum playing a bass-heavy World Famous Productions show with locals Cacao and Zanapod Thursday, Sept. 22, at the Jambalaya.

Jacob Fred Jazz Odyssey has a new disc, Race Riot Suite, out this week -- the band hits Humboldt toward the end of the month playing at the Jambalaya Tuesday, Sept. 27, with worldly jazzman Peter Apfelbaum.

And for the ultimate in worldliness, there's the special La Dolce Video/Missing Link Records Sublime Frequencies African Film and Dance Night Thursday, Sept. 15, at the Arcata Theatre Lounge. Hisham Mayet from the Sub-Freq label, known for field recordings, records of radio and short wave transmissions and strange international pop, will screen his films, Musical Brotherhoods of the Trans-Saharan Highway, shot in Morocco, and Land of the Songhai, filmed in Southwest Niger; DJ Mantease Woida spins appropriate music for dancing after.