It's 1979, our rights as women are totally secure! 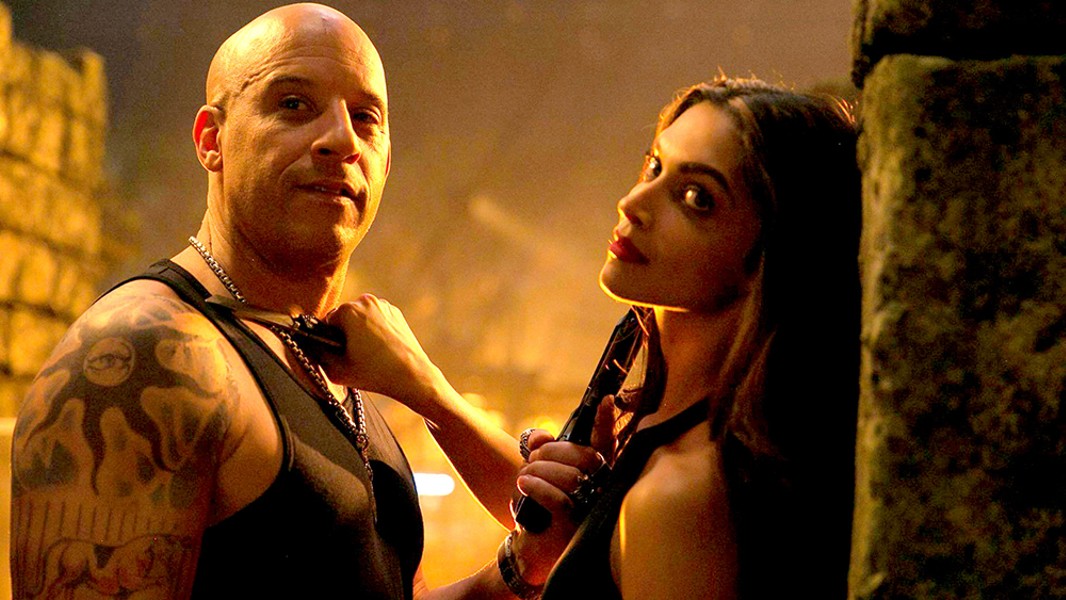 Vin Diesel and Guy Fieri evidently buy their jewelry at the same place.

20TH CENTURY WOMEN. The most heartening thing about this, the latest from writer-director Mike Mills (Beginners, 2010), is that it shores up the notion that independent cinema in America may not be dead, or as close to death as we had suspected. We are currently emerging from a period wherein it was difficult not to feel overwhelmed by tent-poles and franchises and Marvel monsters and an endless abattoir of serials. But the recent past — yes, I know, everybody seems to be saying that 2016 was a banner year but let's try not to get too excited — has brought us a decent serving of low to mid-budget movies of the type we came to expect in the halcyon days of the 1990s. They are intimate, personal stories, explorations of style, ambitious, expressive artwork that doesn't require a nine-figure budget or a legion of programmers to be effective. Of course, effective means different things to different people/corporate entities, and the nine-figure budgets and all those programmers seem to be the most direct route to movies that play well internationally and generate 10-figure revenue streams. So it would be easy to assume that the era of widely-released independent movies was a bygone one, ground to dust by the wheels of commerce, like so many other things we were once hopeful about. But such is apparently not the case, at least for the moment.

As the just-released Academy Award nominations would indicate, the national cinematic appetite is, to some extent, a self-righting system: Little movies with something to tell and show us are surfacing with seemingly ever-greater frequency, and their audience is finding them. 20th Century Women belongs most decidedly among that group — a beyond-specific, female-centric coming of age story, set in a narrow band of space time, told in a quiet, contemplative tone with odd narrative flourishes, it seems an unlikely thing to even exist in the current cinematic marketplace. And even though I can't say I love it, or even particularly enjoyed it, its existence—the fact that people will actually go out to see it! — strikes me as a good and hopeful thing.

It is 1979. Jamie (Lucas Jade Zumann), one of several narrators, is 15. He lives in Santa Barbara, California, in a ramshackle old Victorian with his mother Dorothea (Annette Bening). She, Jamie tells us, was a Depression baby and had hopes of becoming a pilot during the second World War. Timing prevented this but she did succeed in becoming one of the first women to work as a draftsman (draftsperson?) after the war. She had Jamie at 40, at which point his father left for the East Coast, never to return. She smokes too much and takes on boarders to help with the mortgage and the renovation of the house: Abbie (Great Gerwig), a 20-something photographer, punk rock devotee and cancer survivor; and William (Billy Crudup), a potter, mechanical savant and refugee from the stifling West Coast hippie commune scene. Jamie spends as much time as possible with his childhood friend Julie (Elle Fanning), two years his elder, who attempts to forge an identity from non-committal partying and casual sex. He struggles a bit with bullying and trying to figure himself out. Dorothea struggles with him and with her identity as a strong-willed single mother. She eventually enlists Abbie and Julie to help her raise Jamie, partially to prove her hypothesis that a good man need not be raised by men. Everybody lives life, with all its near misses and heartbreak and absence.

And that's really about all that happens, which would be fine, except that some of the character insights we would need for the story to take on its intended gravity seem to be conspicuously absent. Mills' movie has a self-assured, reverently novelistic feel to it and it creates an atmosphere and energy that are enveloping and engaging. The cast, without exception, give performances that honestly convey all the weight and devastation with which the mundane moments of everyday life are charged. Still, something is missing; almost all of the elements are in place here for a probing examination of adolescence, gender and culture at a specific, significant place and time. While 20th Century Women certainly addresses those themes, and delivers more than a few evocative, emotional moments, its effort is too often apparent; the labor of telling everybody's story overtaxes the narrative and eventually wrecks its momentum and potential impact. R. 137m. MINOR.

A DOG'S PURPOSE. Watching the dog die in any movie is the most gut-wrenching part, so let's do it over and over until we are dry husks devoid of tears. PG. 120m. BROADWAY, FORTUNA, MILL CREEK.

GOLD. The rags-to-riches-to-trouble tale of a prospector and a geologist (Matthew McConaughey and Edgar Ramírez) who follow their gold lust to Indonesia and the stock market. R. 121m. BROADWAY, MILL CREEK.

RESIDENT EVIL: THE FINAL CHAPTER. Milla Jovovich returns as Alice for one more video game-inspired slo-mo battle in Raccoon City, which, like all "inner cities," is crawling with the undead. PG13. 116m. BROADWAY, FORTUNA, MILL CREEK.

GONE WITH THE WIND (1939). Vivien Leigh and Clark Gable star in the sweeping, Southern, Technicolor epic that makes everybody a little uncomfortable and not just because it's almost four hours long. G. 238m. BROADWAY.

THE EAGLE HUNTRESS. Documentary about a 13-year-old Mongolian girl on a quest to become the first female in her nomadic tribe to master its tradition of hunting with a golden eagle. G. 127m. MINOR.

ELLE. French film about a video game company executive (Isabelle Huppert) hunting down her rapist, who may or may not be one of the men she knows, with revenge in mind. R. 130m. MINOR.

HIDDEN FIGURES. Indelible performances Taraji P. Henson, Janelle Monae and Octavia Spencer carry this compelling story about the black women whose calculations were vital to the space race. Still, it lacks style and scenes of daily racism and sexism amid the Civil Rights movement come off as mild and toothless. PG. 127m. BROADWAY, FORTUNA, MILL CREEK.

HUNTER GATHERER. A newly released ex-con (Andre Royo) tries to pick up his former life, including the ex who no longer wants him. NR. 90m. MINIPLEX.

MOANA. A young navigator (actual Hawaiian Auli'I Cravalho) enlists the reluctant aid of a demigod (actual demigod Dwayne Johnson) on a sea voyage to save her home from destruction in this Disney animated feature. PG. 113m. BROADWAY, MILL CREEK.

MONSTER TRUCKS. A teen junkyard tinkerer (Lucas Till) finds a monster and, you know, puts it in his truck. (It can't all be Moonlight, people.) PG. 104m. BROADWAY, FORTUNA.

MOONLIGHT. Attention to the little things and small, powerful moments make for a much wider and more hopeful picture of the world in this three-part coming-of-age-and-beyond story. Starring Mahershala Ali. PG13. 111m. BROADWAY.

ROGUE ONE: A STAR WARS STORY. This Death Star-era prequel about a young rebel and her motley crew features character complexity yet unseen in the Star Wars universe, plus a stellar cast, impeccably choreographed battle sequences, good jokes and the best droid yet. PG13. 113m. BROADWAY, MILL CREEK.

SEASONS. This nature documentary tells the history of Europe, starting with the ice age, from the perspective of animals. R. 91m. MINIPLEX.

SING. A koala trying to save his theater holds a singing competition with a menagerie of hopefuls in this animated musical. Starring Matthew McConaughey and Reese Witherspoon. PG. 108m. BROADWAY.

TANNA. This Aussie film uses tribal actors to tell a love story in the shadow of a volcano on a remote island. NR. 100m. MINIPLEX.

TICKLED. A documentary about competitive tickling takes a dark turn when it reveals a big-money underworld and online blackmail. Who knew? R. 92m. MINIPLEX.