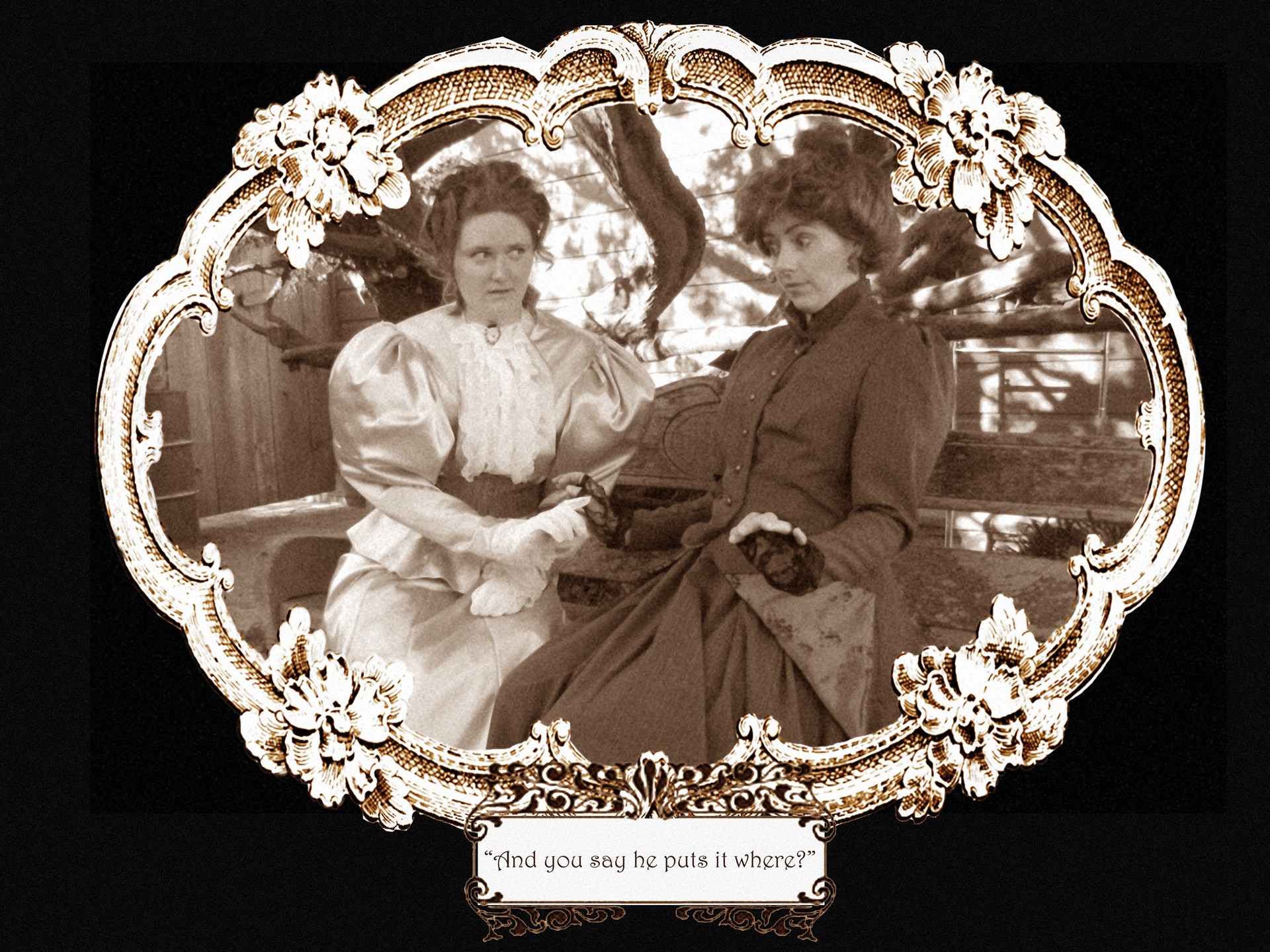 The joke in this play is that (with one or two possible exceptions) none of the characters -- male or female -- has today's understanding of the vibrator's effects in stimulating sexually pleasurable orgasm. What Dr. Giving's patients experience was described as tension released in "hysterical paroxysm."

This play (first produced in 2010) could be described as layered, or cluttered. It sometimes totters from the inspired to the insipid but Ruhl takes the history seriously, with inevitable contemporary resonance. There is enough originality, humor, humanity and poetry in this play and this production, directed by Rae Robison, to engage audiences and foster conversation.

It's an adult theme, but it's treated within conventional theatrical standards. The first night show I saw went smoothly, and except for some vocal projection problems, the acting was at least adequate and sometimes eloquent. All the actors had good moments, with MacIlvaine and her character's nervous energy moving the action forward. There were particularly effective and moving scenes between Catherine (MacIlvaine) and Sabrina (Megan Johnson, who continues to add subtle new colors to her acting) and between Sabrina and nurse Annie (Greta Stockwell).

But the flow of it all often felt rudimentary, with performances not always accessibly related to each other and to the play as a whole. Perhaps it hadn't quite jelled yet, or it's the nature of the script. The play does seem to involve some difficult and dynamic balancing acts in mood and style, which this production manages pretty successfully.

Liz Uhazy is scenic and lighting designer, Calder Johnson designed costumes, JM Wilkerson the sound. In the Next Room continues weekends at Ferndale Rep through Oct. 21.

Speaking of women in the early 20th century, there's a new play opening at the Arcata Playhouse that focuses on their lives in and around Humboldt County.

Women of the Northwest features a dozen actors portraying at least that many women who figured in local history from 1900 to the 1930s and beyond. Actor/writer Jacqueline Dandeneau, researcher Tammy Rae Scott and historian Edith Butler got the project started this summer, but the cast combined to shape the final show. The Native Women's Collective is also involved. "We tell some of the stories through song and movement," Dandeneau said, "so it's not all talking heads, which is the danger with a history piece."

Women involved in logging, mining, ranching and politics, as well as teachers, artists, athletes, mothers, prostitutes and even a stage coach robber are all represented. "These pieces are about women who figured out -- by necessity or from some spirit within them -- how to live life on their own terms, given what terms might be available," Edith Butler said.

For background on the women's suffrage movement in Humboldt, they brought filmmaker Martha Wheelock up from L.A. Coincidentally, her film on the subject airs on KEET next Monday, Oct. 15, at 7:30 p.m.

"She told us that it was the men in rural areas like Humboldt that made the difference in voting for women's suffrage," Dandeneau said.

It was in 1912, exactly 100 years ago, that women voted in their first California election (they didn't get to vote for federal candidates until 1920). "So we're hoping to have the League of Women Voters registering voters in the lobby for our shows," she said. "There are a lot of women's issues right at the top of this year's election-things that have been assumed, and things that have been fought for," by Humboldt women, among others.

Women of the Northwest opens Thursday, Oct. 11, at the Arcata Playhouse and runs Friday and Saturday at 8 p.m. and Sunday at 2 p.m. It continiues the following weekend before going on the road including shows in Petrolia Oct. 27, and in Briceland Oct. 28. Advance tickets are available at Wildberries Marketplace, brownpapertickets.com and by reservation at 822-1575. More information at arcataplayhouse.org.

Also playing next weekend, Friday and Saturday at 8 p.m. only, an original version of Moliere's The Miser by the Czech Company Geisslers Hofcomedianten at Dell'Arte's Carlo Theatre. Tickets and information at 668-5663 and DellArte.com.