Music » Song of the Moment 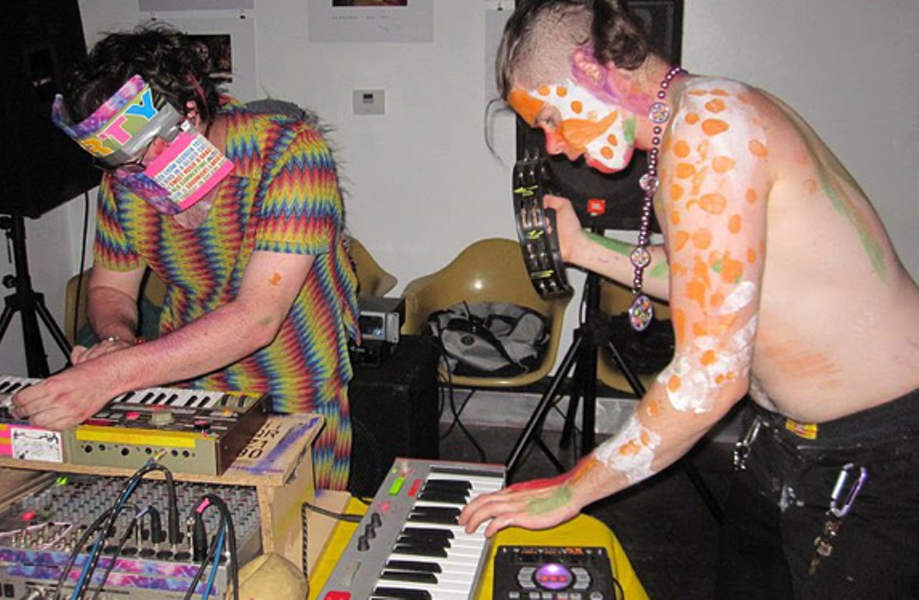 Creepy Marbles is no more. If you missed their 70 or so shows and two tours in their year of existence, try to imagine witnessing a unique blend of electronic music (“chuggly vibes”), low-fi visual art (sharpie’d cardboard signage), and intergalactic conspiracy-fighting method-acting (this one’s a little harder to explain). The four-man act is shutting down for the time being due to “conflicting personality” issues (presumably between respective members, but I wouldn’t rule out “within a single member”).

Regarding the split, frontman Patrick had this to say: "I THROBBED for a full year and when I finally reached my chuggly climax I entered a long refractory period which now prevents me from harnessing the THROBB without severe chafing."

Now that they're gone, we'll tell you what you missed. Audiences at Creepy Marbles’ shows of the past were awed by half-naked painted bodies, hand-altered neon costumery, and homemade severed appendage/strand-lighting accessories (with the occasional feigned electrocution). They would merrily dance to “tha throbb” – with its catchy electro-funk (“bubble-junk”) beats and intermittent ravings about the fictional J. P. Mathers corporation’s agenda.

In rememberance of their groundbreaking work, we offer the Marbles' video for “wuddup real gurl (2 da max)” featuring the Fabric Shire in Eureka—an apt location for Creepy Marbles’ bizarre and mesmerizing act.

Song of the Moment Video