Year Out, Community In

The year past and year ahead on North Coast stages 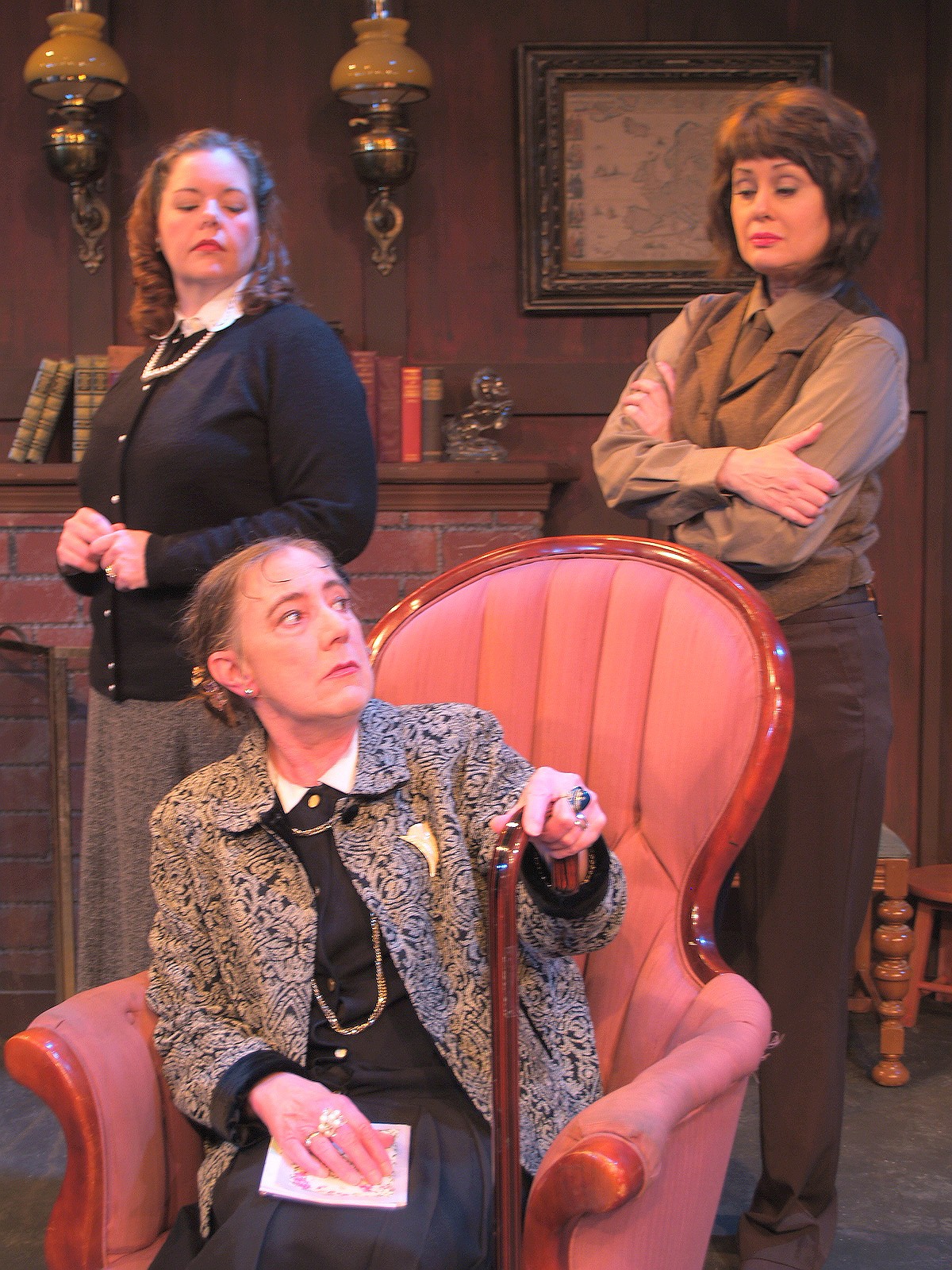 Bad economic times are more than a theme in at least four recent North Coast stage productions. They are a fact of life that local theatres face.

From anecdotal evidence, it appears that the economy is injuring some theatrical organizations more than others. But in hard times particularly, all these theatres depend on the strength of community.

Each of them has its own distinct community that often includes participants as well as audience members. That participation may be as actors and other artists, fundraisers, suppliers or simply volunteer ushers and ticket-takers. These communities can be drawn from natural constituencies: the associated school, the hometown. But basically these communities are self-selected, and they can be very loyal. For example, the Redwood Curtain community kept the faith through years of exile until a new venue was found.

But there is also support from the larger community that is not regularly involved in productions, even as audience. During the past year I've made a point of seeing performances that weren't on opening night (which is typically when that theatre's own community gathers), with a variety of audiences in attendance. So I've seen Sunday matinees at Ferndale Rep with seniors bused in from senior centers in Eureka and Redway, and an evening performance at the Arcata Playhouse with members of Soroptimist International of Arcata (an organization of "professional women dedicated to helping women and children in our community").

This latter event was an example of a nonprofit organization essentially renting a performance and selling tickets at a price of its choosing, often as a fundraising event. North Coast Repertory Theatre executive director Michael Thomas calls them "benefits," and NCRT typically does two for each play, usually on opening weekend.

I saw NCRT's most recent production (Agatha Christie's The Mousetrap) at an especially interesting benefit for Reading Service of the Redwoods, which performs services centered around reading daily newspapers for broadcast to the blind. (As it happens, I was a volunteer reader some years ago.) That audience included not only supporters and participants but clients. So for blind audience members attending, the set was described in detail (the location of the doors and the furniture) before the show started, and the actors came out to introduce their characters, including what they were wearing and where they would first enter.

Afterwards, Michael Thomas asked a group of blind audience members if even that cursory information had helped. You don't know how much, is essentially what they told him.

This is an obvious example of extending a theatre's community, but these benefits seem to do so more generally. At several it was clear that some attendees had never been there before. Such events strengthen community ties, and together with other efforts to build loyalty (like creating very good shows), they can help theatrical organizations weather hard times.

Those non-opening nights also reminded me that in almost any audience, for even the most performed plays, there are those who are seeing it for the first time.

As for a trend in presentations of the past several months, the most obvious was the march of musicals: six of them from June to November. If that's a record, it may be broken in the next six months. After a February production of Shakespeare's comedy, The Taming of the Shrew, Ferndale Rep presents three musicals in a row: Evita in April, followed by Cabaret and Woody Guthrie's American Song. After its own Shakespeare comedy (Much Ado About Nothing) in March, North Coast Rep performs Avenue Q. In April, Humboldt Light Opera presents Damn Yankees. And rumor has it that a sequel to Mary Jane: The Musical is in the works at Dell'Arte for the Mad River Festival in June.

Musicals are popular with local audiences, so they may be a recession hedge, but they are also popular with North Coast performers. The flip side of that is a concern expressed by some directors that local actors (even students) are reluctant to perform in shows they don't know. This can contribute to a theatrical tedium, and lack of adventurousness that is detrimental to actors and audiences.

Still, the new year will bring plays by contemporary playwrights Suzan Lori-Parks (at HSU) and Julia Cho, Eric Cable and Paul Weitz (at Redwood Curtain) as well as a locally rare Noel Coward classic at HSU.

Then in the new year, Portland's Hand2Mouth brings My Mind Is Like An Open Meadow to Dell'Arte for two nights, January 13 and 14. www.dellarte.com.