Where the dough did flow 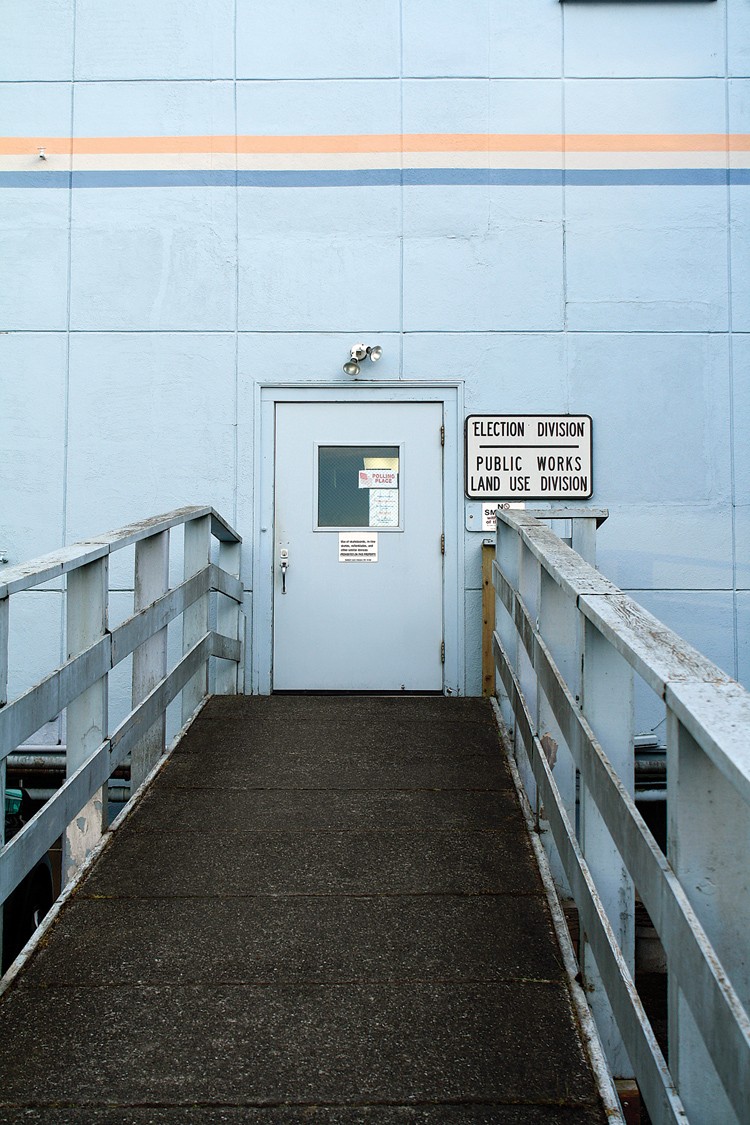 Another county supervisor primary election has come and gone, and soon unwanted political signs will be piled on the curb like leaves in the fall.

The blizzard of cash has finally settled, and it's easy to see all the strange and striking footprints left by donors. Thousands of people gave to the seven supervisorial campaigns, contributing more than $550,000 through May 24, when the last major report was due. While many people gave in-kind donations, the majority of contributions were in cash.

Among the cash donors, some people tossed in a single check, while others contributed multiple times, and to multiple candidates. Retirees were especially giving, as were attorneys, doctors and business owners.

The numbers (see charts) make it obvious what donors think of that whole non-partisan thing. There are sides, and the side with the most money is the pro-development side. For followers of Humboldt County politics, the long list of donors from the business community will be no surprise, nor will the heaps of cash they piled around their chosen three -- Rex Bohn, Estelle Fennell and Karen Brooks.

First District candidate Bohn, of course, was the fundraising champ. He said he feels good about the amount he raised ($200,000-plus!). "Nobody's ever seen anything like it," he said. "Well," he amended, ever modest, "I don't think they have."

Bohn said that he didn't know about the pro-development designs of his backers or their donations to other campaigns. "People say I get the big developers' donations, and I kinda look around and say, ‘Is there any big development going on in Humboldt County?'" Then, a possible Freudian slip. "I'm proud of every one of my developers -- er, donators," he corrected.

But the most eye-catching donors were not figures of industry. That title goes to those indecisive people who donated to two candidates -- in the same race. Why? Are they cynically hedging their bets? Are they just that nice? Do they have too much money lying around?

Eel River Disposal owner Harry Hardin gave $2,150 to 2nd District candidate Fennell, and $200 to her opponent Clendenen. Both are longtime friends, Hardin said. "I've known her, and I've known him. I'm not gonna give something to one without giving to the other," he said. "Other people do that, don't they?"

Not many, actually. But Milt Boyd did. Boyd, chair of the Humboldt Democratic Central Committee, gave $100 each to Fennell and Clendenen.

While those two complicated souls have money on both sides of the same race, many people donated to campaigns in more than one district. More than 75 donors gave money to two or more campaigns, with most of them lining up neatly among political allies, with Bohn, Fennell and Brooks on the one side, and Seidner, Clendenen and Lovelace on the other.

Those familiar industry names -- Barnum Timber Co., C & K Industries, George Schmidbauer of Schmidbauer Lumber Inc., Hilfiker Pipe Co., L & H Properties, Leon Warmuth of Leon's Muffler's and Brakes, plus a dozen or so others -- all made it rain with big checks for Bohn, Fennell and Brooks. A pattern emerged, with 11 of those donors giving exactly $1,500 to Bohn and $1,000 each to Fennell and Brooks. Hank Pierson, manager of L&H Properties, said that donors to multiple campaigns are thinking about the county as a whole, not as five independent sections. If there's someone you don't think is going to look after the county in your interest, Pierson said, it makes sense to donate to their opponents.

Among the progressive patrons were county employees' union AFSCME Local 1684, which gave $1,500 each to Seidner, Clendenen and Lovelace, and state Assemblyman Wes Chesbro (D), who gave $1,000 to each. As usual, Bill Pierson of Pierson Building Center smacked down his big hammer of money, donating $1,000 to Clendenen under his own name, and $1,000 each to Seidner and Lovelace through his company, Sedgefield Properties.

Among donors who gave less than $650 to any single candidate -- but still kicked in money in multiple districts -- a different trend emerged. Far more of these smaller donors to multiple campaigns gave to some combination of Seidner, Clendenen and Lovelace, rather than to a combination of Bohn, Fennell and Brooks.

The biggest single donor in the race, the Humboldt Deputy Sheriff's Organization, also strayed from the normal pattern, giving $5,000 each to Bohn, Fennell and Lovelace -- all winners.

The deputy sheriff's group chose the candidates who seemed most well-versed in the issues local law enforcement is concerned with, said its vice-chair, Sgt. Ernie Stewart. Right now, the biggest problem is a lack of money. The Sheriff's Department has lost more than 60 positions since 2008, said Stewart. The deputy sheriff's group hopes, he said, that pitching in on the supervisorial races will remind candidates to think of their friends in uniform when it comes time to write the county budget.

After Bohn, 2nd District candidate Fennell was the biggest money magnet, with more than $125,000 in contributions. Of Fennell's 41 donors of $650 or more, all but 16 also gave to Bohn or Brooks.

Second District incumbent Clendenen landed in third place, raising a little more than $73,000 -- more than $50,000 behind his opponent.

In the 3rd District, Karen Brooks drew more than $44,000 in donations. Of Brooks' 17 donors of $650 or more, only two didn't also donate to either the Bohn or Fennell campaigns.

Mark Lovelace also received roughly $44,000, putting him neck-and-neck with his opponent. Of his nine donors of $650 or more, two, Leesa and Douglas, share his last name.

Back in the 1st District, Johnny-come-lately Cheryl Seidner raised more than $29,000 despite her February entry into the race. She received probably the largest out-of-county donation, with Chicago-based environmental consulting firm Genesis Engineering & Redevelopment pitching $1,000. While Seidner has no direct ties with Genesis, explained campaign manager Josh Drayton, one of Seidner's good friends is a friend of the owner of the firm, who happened to be in a giving mood.

Bohn and Seidner's opponent, Annette De Modena, was all but ignored by the big donors. She raised nearly $30,000, but that figure is misleading -- De Modena lent herself two-thirds of that sum.

Half a mil, from thousands of donors. People's hopes, ideals, and grudges, all distilled down into cold hard cash. For some, the winners will deliver. For others, they will no doubt disappoint. Those who backed the losing candidates can only say, "We tried."

The new supervisors aren't the only winners. Advertisers, caterers and print shops, fat from the long harvest, can look back contentedly. And look forward to November.