Your Excuses Are No Good

If you don't take advantage of Humboldt's music scene, you might as well move to Redding 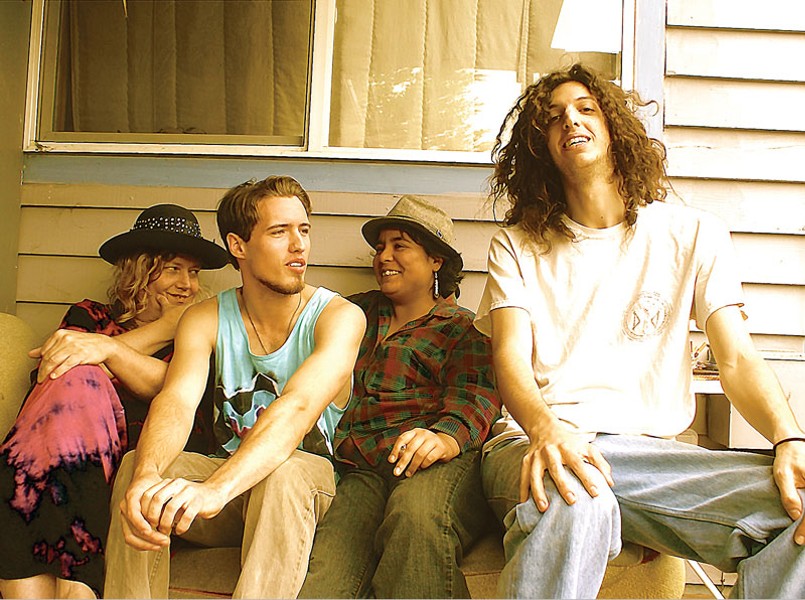 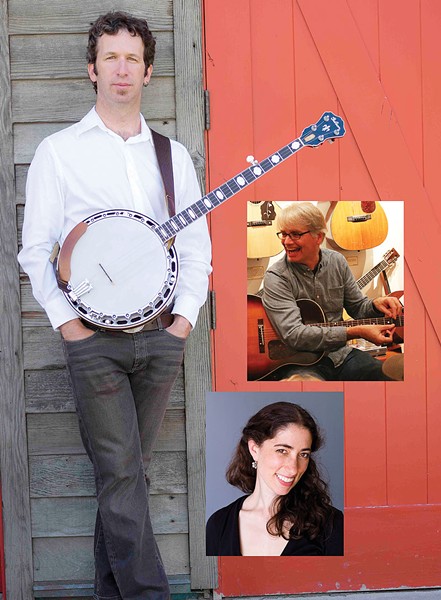 The biggest problem we have this week, dear friends, is how to justify not attending everything — you could go out night after event-filled night and still find yourself FOMOing over what you missed and saying sorry to friends for not being able to do it all. (Please accept my apology in advance.)

Can you imagine sitting in the Redwood Curtain Brewing Company and not having a good time? Unless your horrible ex is there, the answer is, "No." Trio Roland Rock wants to make the fun exponential with original voodoo-space-surf tunes heavy on the baritone, bass and bongos. Bring it.

To go even bigger, boogie over to Humboldt Brews, where eight-piece Polyrhythmics ensure that hard-driving, modern Afro-beat and syncopated, horn-driven funk is on tap. Imbibe at 9 p.m. Tickets are $10, show is 21-and-over.

Phutureprimitive's Searching for Beauty Tour boasts ritual dancer Caeli Li and includes Kaminanda at the Arcata Theatre Lounge. Look, I'm not going to pretend I know what any of that means. What I do know is this: Electronic beats will make you dance. Doors open at 9:30 p.m. Tickets are $20 and available in advance at Wildberries, People's Records and The Works. The show is 21-and-over.

Grand National Fiddle Champions and former Trinity County mountain children Tristan and Tashina Clarridge return to the Arcata Playhouse with their fiddle/cello/hammered dulcimer trio The Bee Eaters for two shows. Humboldt County fans remember the siblings fiddling at the Farmers Market or with Crooked Still and Mark O'Connor. Here's Tristan's take on The Bee Eaters' evolution: "I believe every sound you listen to informs your ears, and therefore your musical perspective. We grew up listening to the sounds of nature, rather than the sounds of cities." The Clarridges are a strong argument for homeschooling your children in a tipi in the woods. Both shows start at 7:30 p.m. with doors at 7 p.m. Tickets are $17 advance/$20 door for adults, $10/$12 students, $5/$10 children 6 to 12, and free for kidlings 5 and under. Advance tickets are at Wildwood, Wildberries and via www.brownpapertickets.com.

Saturday: Five shows to entice you

Sail away with the Humboldt Bay Brass Band's 10th anniversary concert featuring water-themed songs and a Veterans Day segment promising a "unique" version of "The Star Spangled Banner." The voyage launches at 8 p.m. in Fulkerson Recital Hall. Tickets are $8, $5 seniors and children, and free for HSU students.

Frank Fairfield's ability to channel old-timey music as if he'd just time-traveled for our pleasure is uncanny. From West Virginia hillbilly ballads to Delta death blues to arcane field recordings, Fairfield's a treasure. Show starts at 9 p.m. at HSU's Depot, tickets are an extremely reasonable $10, $5 students. All ages!

The Manila Groove Machine plays indie rock, funk, blues-rock, soul, reggae, folk, psychedelic, groove-inspiring covers and, according to the show press, "even a little punk." MGM's official debut runs from 7 to 9:30 p.m. at Old Town Coffee & Chocolates with a $10 suggested donation at the door. All ages!

Hey, here's a supercool gig at the Alibi: Colorado low-folk notables Wovenhand. This dark and atmospheric band is the project of David Eugene Edwards, formerly of 16 Horsepower. Think alt-country, but with more broodiness, introspection and soaring release. Fantastic. We're fortunate to have them in the close confines of the 'bi. Music starts at 11 p.m., cover's $5, show is 21-and-over.

Hey, hey, my, my, it's a Neil Young Tribute at the Jambalaya featuring longstanding indie darlings Strix Vega and songmaster Chris Parreira — celebrating both the acoustic and electric sides of the godfather of grunge. Show starts at 9 p.m., costs $5 and is 21-and-over.

Bay Area trio Ship in the Clouds celebrates the wonder of strings with Bartok, Brazilian choro, and original bluegrass-oriented instrumental tunes at the Arcata Playhouse, featuring Grammy-winning guitarist Scott Nygaard, one of the most inventive and original flatpicking guitarists in the bluegrass/acoustic scene. Nygaard has performed and/or recorded with Tim O'Brien, Joan Baez and other notables. Jake Schepps made his name as a banjo renaissance man with not only an adroit touch on his instrument but an intrepid, imaginative vision for contemporary string band music — check out his NPR Tiny Desk Concert. Fiddler, violinist, composer and improviser Alisa Rose navigates musical styles as a member of the genre-bending Real Vocal String Quartet, Supermule and the Club Foot Orchestra. She has recorded and performed with Feist and been featured on NPR's Weekend Edition.

Doors open at 7:30 p.m., show starts at 8 p.m. Tickets are $15 and $13 students and members, and are available at Wildberries Marketplace, online at www.brownpapertickets.com or by calling 822-1575.

What do you need to know about Michael Franti? People love the message in his music and his big, warm vibe. If you do a Google image search, "Barefoot" comes up as an optional category. He does things like bringing children and old people on stage. Before you skip ahead: I'm a pretty jaded girl, but last time I caught Franti — whom I enjoyed more when he was with his band Spearhead — I became a believer. At least for those two hours. The man delivers. His gig at the Van Duzer is aptly titled "One Heart One Soul" because Franti is performing solo. Also acoustic. Let the lyrics shine. Tickets are $41, $36 students. A dollar of each sale goes "to charity," natch.

Tuesday: Go your own way (to the Palm Lounge)

This seems unmissable. Portland's Hook & Anchor (featuring members of Blind Pilot and Power of County, two excellent bands) perform their own music and Fleetwood Mac's Rumours in its entirety? The brilliance begins at 8 p.m., is 21-and-over, and is ridiculously inexpensive with only a $5 suggested donation at the door. Anna Hamilton opens.

The musical worthiness continues at the Palm Lounge the next evening with Austin's Curtis McMurtry (aka "The son of the legendary James McMurtry"). If you like literate story songs that examine the nastiest parts of people — and of course you do — you will want to be there. Doors at 7 p.m. Locally delicious Lemon Lemon Cherry opens. The show is 21-and-over and a $5 donation is requested.