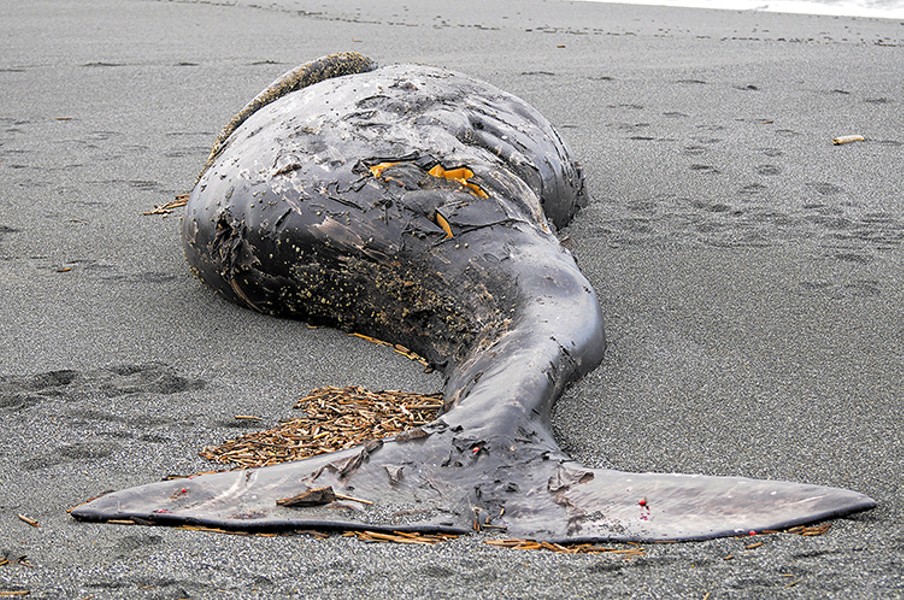 If you are presently trying to wake yourself up in a coffee shop, for example, go ahead and fold this paper up and take it home. Wait until you are ready to enjoy a comfortable and worry-free sleep to read this.

Okay, now take a deep breath, close your eyes and imagine yourself kicking back on a beach. You are listening to the waves lap against the shore. A few small puffy clouds drift by to remind you of the light breeze that keeps the sun from feeling too warm. Small shorebirds peep as they do their funny back-and-forth dance with the surf line. Your various anxieties, aches and pains drift away on the tide.

But now people are pointing. And they are pointing at you! The breeze shifts and now the people are running, gagging, hiding in the dunes. You look down. The sand is iridescent with putrid oil — its energy flowing back to the sea from whence it came. Each of your external parasites claws its way deeper into your body's every fold and crevice as they seek any moisture that might sustain them for a few seconds more.

But you feel no shame. For you are a dead gray whale (Eschrichtius robustus) washed up on a local beach like so many others before you.

And these "parasites?" Are they really parasites? Sometimes it isn't clear whether an organism living on you is a parasite. It might be completely harmless. Or it could be harmless while you are healthy but a burden when you are sick. Or it could even be providing a benefit that we just don't see. Could they be cleaning minor wounds and preventing infection? Just because they are the creepiest-looking things you can imagine, doesn't mean they aren't your friends.

Besides, you aren't that good looking to begin with, dead whale, so there's no cosmetic penalty to the visible load you carry. Just relax.

And your so-called whale lice aren't lice at all. Real lice are insects. Your ugly friends are amphipod crustaceans, so they are more closely related to beach hoppers and skeleton shrimp.

And if you could look closely, you'd notice that there are at least two different species of these bastards digging their claws into your skin. The ones that prefer your blowhole are likely to be a different species than the ones clamping at your anus.

These different species are all classified in the genus Cyamus, as if that's any comfort. The word "cyamus" means "little beans or pebbles." I hear you can go to expensive spas down in wine country and have warm little pebbles applied to your skin, and they'd probably apply warm beans if that were your preference. But they would never even let you into the spa because you consist largely of a bloating mass of rancid blubber. Remember?

Then there are the barnacles. Imagine a little free-swimming crustacean attaching to your skin and growing a calcareous shell that just keeps getting bigger. It's like a hard living zit riding around on you as you swim through the ocean mirrorless and fingerless. But you never cared before, and you certainly don't care now. So continue to relax.

As a gray whale, your barnacles are likely to be the species Cryptolepas rhachianecti. "Crypto" means hidden, "lepas" means limpet and "rhachianecti" essentially means swimming thorn. I hate to criticize venerable taxonomists over something so trivial but the barnacles stuck in your skin are neither hidden nor limpets. But on the other hand, "swimming thorn" sounds pretty cool.

I once encountered some scientists removing barnacle samples from a washed-up dead gray whale. So, dead whale, don't mind the scientists — they are just trying to learn something. But you should ask them for their collecting permits. Oh, I'm sorry, your decaying tongue is almost ready to burst, so don't worry about talking to the scientists.

In closing, here's an oft-quoted and variously-attributed saying:

This hoity-toity little fairy tale illustrates that nobody escapes parasites — even the parasites' parasites have parasites!