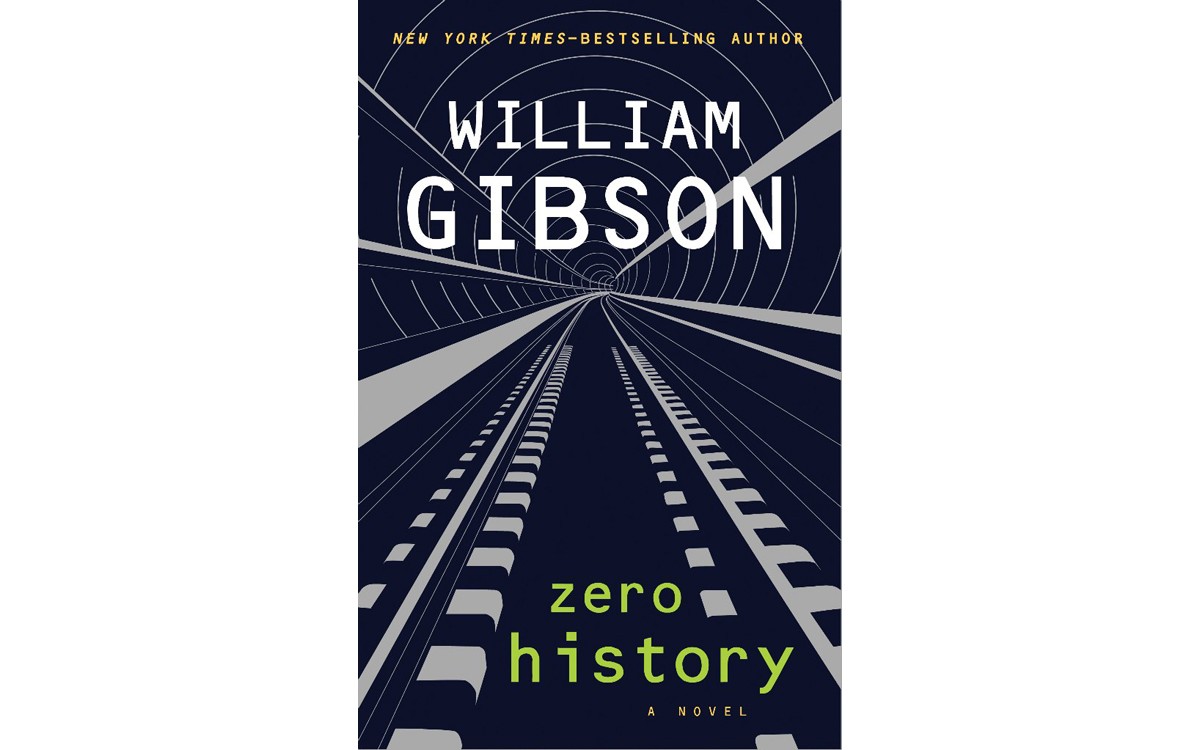 These days the only people who truly believe science fiction is about the future are kids, overly literal genre fanatics and ignorant literary snobs. The genre has always dealt in metaphors for the present. William Gibson has always known this, so it's not surprising that over the last decade he's largely discarded the futuristic elements in his novels, realizing that the weird wired world we now live in is already science fiction. His last three books form a trilogy that indirectly deal with the defining events of the last 10 years: Pattern Recognition was a post 9/11 novel, Spook Country dealt with the corrupt aftermath of the Iraq War, and his new novel Zero History is informed by the worldwide financial collapse.

The new novel uses several characters from the previous Spook Country to good effect. Again, the main character is Hollis Henry, an ex-rocker hired by Hubertus Bigend, a shadowy marketing guru/consultant who heads a firm called Blue Ant (Gibson's aptly described him as a cross between Marshall McLuhan and a Bond villain). Henry is tasked with tracking down the origins of an underground brand of jeans with a connection to the military that Bigend wants to know more about. Henry is distrustful of Bigend's motives, but needs the money. Various agencies, both private and governmental vie for the information.

In Spook Country the characters were circumscribed by an overly deterministic caper plot. Here they're given more agency and unpredictability, particularly Milgrim, a recovering drug addict whose personality is reasserting itself after years of drift. Like Don DeLillo, sometimes Gibson has his characters speak a little too epigramatically for their own good, though he finesses this by creating people whose stock-in-trade are the techno-cultural observations at which Gibson himself excels.  While he'll never be called a soulful writer, in Zero History he does endow his characters with a heretofore-unseen emotional depth.

As always, the principle pleasure in Gibson's books is largely in the offbeat details. He's still a poet of the sleek surfaces of modern life, able to evoke a combination of excitement and dread. The quest for the Jeans is merely a McGuffin that gives Gibson an excuse to write about the unexpected connections between the worlds of fashion, finance and military contracting. The most science fictional aspects of Zero History turn out to be mimetic description: the flying robot penguins mentioned actually exist (though it's unlikely they're being used for the spycraft in the novel).

Zero History has a satisfying sense of closure, tying up some loose ends from earlier books, and ends with a hard won optimism that might be surprising to fans of his earlier books.