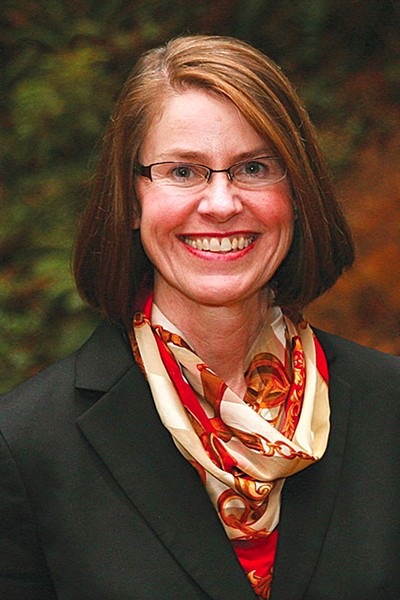 With a trial date approaching for a civil lawsuit Kyle Zoellner brought against the city of Arcata in the wake of his 2017 arrest, the recent deposition of Humboldt County District Attorney Maggie Fleming has become a point of contention, prompting Zoellner's attorneys to seek sanctions from the court as the city's lawyers accuse them of misrepresenting the record.

Zoellner, 28, filed a lawsuit in 2018, alleging police violated his civil rights when they arrested him April 14, 2017, at the scene of a house party off Alliance Road where 19-year-old Humboldt State University sophomore David Josiah Lawson had been fatally stabbed during a fight. Prosecutors alleged Zoellner stabbed Lawson multiple times during the last of several altercations that began after Zoellner's girlfriend, Lila Ortega, lost her cell phone.

In his lawsuit, Zoellner initially alleged police lacked probable cause to arrest him, denied him proper medical attention and defamed his character, though a judge later dismissed all those claims, leaving only an allegation that police instigated a malicious prosecution by filing a false report. Specifically, Zoellner's attorneys contend that former Arcata Police Department detective Eric Losey maliciously filed a false police report that erroneously stated a witness had identified Zoellner as Lawson's killer in order to get prosecutors to charge Zoellner with murder — a charge that was later dismissed by a local judge who found there wasn't enough evidence to support it. Lawson's killing remains unsolved.

After years of legal wrangling, the case is scheduled to go to trial Oct. 3 but it appears Fleming's Aug. 16 deposition may cause further delay.

At issue is Fleming's testimony about exactly what led her to charge Zoellner with murder. In an April 5, 2019, letter to the state Attorney General's Office asking it to take over the case, Fleming wrote that initial reports submitted to her office "indicated an eyewitness could identify the suspect" and her office "filed charges based on that information." But according to a filing from Zoellner's attorneys, Fleming's recollection about what led her to file a murder charge against Zoellner on April 19, 2017, has changed.

According to the attorneys, Fleming testified she did not yet have the police reports that erroneously stated a witness claimed to have seen the killing and instead filed the murder charge based on a different — but also inaccurate — report, this one stating an analysis of fibers located on a knife believed to be the murder weapon matched Zoellner's clothing.

But Zoellner's lead attorney Elizabeth Zareh contends her office has never received the referenced fiber report as a part of the civil discovery process, as the law would require. Zareh accuses the city's attorneys of "creating a trial by ambush" and "hiding" records.

Attorneys representing the city have yet to officially respond to Zareh's filing but notified her in an email they believe it made "statements and claims that are inconsistent with the testimony" and, as such, they were requesting a transcript of Fleming's deposition, which will be ready by Sept. 23.

If there is a "false fiber report," as Zareh contends Fleming's testimony indicates there may be, it would represent a startling turn in the case, which for months has focused on whether Losey acted with malicious intent when he admittedly filed a report with inaccurate information. Specifically, Losey's report indicated a witness who attended the house party — Jason Martinez — had told police he saw Lawson get stabbed and identified Zoellner as his assailant. Losey testified weeks later, at Zoellner's preliminary hearing, that he'd made "an error" when he wrote in his report that Martinez had identified Zoellner.

As detailed in a pre-trial order from Jacqueline Scott Corley, Zoellner's malicious prosecution allegation hinges on proving not simply that Losey's report was incorrect, but that Losey knew it was inaccurate and filed it anyway, acting with malice, and that the district attorney charged Zoellner with murder as a result. Fleming's testimony that she didn't have Losey's report at the time she charged Zoellner and was relying on an entirely different report would seemingly be a huge setback to the plaintiff's case.

Zareh points out Fleming's testimony appears inconsistent with the letter she sent to the attorney general, an email she sent a local reporter and comments she made to National Police Foundation investigators, all of which pointed to the Losey's erroneous report of an eyewitness as the reason Zoellner was charged with murder.

"[Fleming] testified further that the two correspondences that she drafted and the reference in [the National Police Foundation] report were a mistake on her part," Zareh writes. "She testified that she never took any steps to correct her alleged error. She testified that her memory, five years after the fact, was better than the three exhibits listed above, including her own writings in 2019 and 2020 with respect to what she relied on to file charges."

Potentially further muddying the waters, Fleming reportedly testified she does not know when her office received specific reports, saying her office does not date stamp reports as they come in or keep a log of what police submit to her office and when. Calling the reports "integral" to Zoellner's case, Zareh asks the court to compel the city to turn over any outstanding discovery documents — including the "false fiber report" and any logs documenting when reports were received by Fleming's office — as well as an order allowing "completion" of Fleming's deposition by Sept. 16.

Further contending that Fleming did not object to producing additional documents during her deposition and even agreed to use a file-sharing link provided by plaintiff's counsel, Zareh states the district attorney later refused to produce the records requested. She then changed her mind, according to Zareh, and agreed to produce them within a week before changing course again and refusing to turn them over. Zareh wrote that she informed Fleming she would seek sanctions if she continues to refuse to produce the records and, in her letter, the attorney states she is seeking sanctions in the amount of $15,000 from the court, noting her hourly rate of $750 and alleging she has spent 20 hours trying to "obtain the deposition and the records."

Last year, the city and Lawson's mother, Charmaine Lawson, agreed to settle a civil lawsuit she'd brought alleging that the city had violated her equal protection rights by inadequately and incompetently investigating her son's death, with racism and bias contributing to what the suit described as the city's "deliberately indifferent" policies and practices. Under the terms of the settlement, the city paid her $200,000, made a $25,000 donation to the David Josiah Lawson Memorial Scholarship fund and agreed to paint a memorial mural. While the settlement describes the pay-out as "compensatory damages," the city did not admit any wrongdoing.

Earlier this year, on the fifth anniversary of Lawson's death, Arcata Police Chief Brian Ahearn said additional witnesses to the killing will be needed to ultimately bring Lawson's killer to justice. There is physical evidence — including DNA analysis showing Lawson, Zoellner and two other unidentified people contributed to genetic material found on the knife at the crime scene — but Ahearn said he believes there are "gaps in the case" that need to be filled.

"We need witnesses to corroborate that physical evidence," Ahearn said, adding that he believes there are people who attended the party that night who saw something that could be of value to the investigation but have not yet come forward to speak with detectives.

Thadeus Greenson (he/him) is the Journal's news editor. Reach him at (707) 442-1400, extension 321, or thad@northcoastjournal.com. Follow him on Twitter @thadeusgreenson.