Humboldt, the 45th Most Healthy County in the State 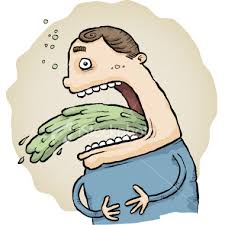 It's counterintuitive, what with our clean ocean air, our outdoorsy fervor and our preponderance of brewer's yeast-eaters, but Humboldt County residents' health ranks in the bottom quarter of the state, according to the second annual County Health Rankings, released today by the University of Wisconsin Population Health Institute and the Robert Wood Johnson Foundation.

There's a wealth of fascinating data to be found on the project's website, like the fact that our resident-to-primary-care-physician ratio is 800 to one (which is actually better than the state average). And evidently only 41 percent of our population has access to healthy food, compared to 79 percent statewide and a national benchmark of 92 percent.

Here's a press release from the Community Health Alliance of Humboldt-Del Norte, Inc.:

Despite a relatively high rank in access to clinical care and quality of care, Humboldt and Del Norte counties rank in the bottom quarter of healthy counties in the state, according to the annual County Health Rankings released today by the University of Wisconsin Population Health Institute and the Robert Wood Johnson Foundation.

Humboldt County is 45th among 56 California counties ranked for how long residents live and how healthy they are. Del Norte County is 55th, while Alpine and Sierra were not ranked.

Humboldt County ranked 28th and Del Norte 39th in health factors such as behavior, clinical care, physical environment, and other social and economic measures that contribute to the quality and length of life.

"This is a snapshot of where we are, where we need to go, and how we compare to others," said Laura McEwen, project director for Aligning Forces for Quality. AF4Q is an initiative of the Robert Wood Johnson Foundation, and managed locally by the Community Health Alliance of Humboldt-Del Norte and other partners.

"It shows us that where we live, learn, work and play matters and that we have some challenges around substance abuse and chronic conditions if the snapshot is going to be different five or six years from now."

This is the second year of the County Health Rankings, the most comprehensive report of its kind to rank the overall health of nearly every county in all 50 states by using a standard way to measure how healthy people are and how long they live.

Humboldt County Public Health Officer Dr. Ann Lindsay attributed the "relatively high performance in access to clinical care and the quality of that care" to "years of work locally to coordinate care, especially for people with chronic diseases like diabetes. The report also shows we have work to do as a community."

The 5 with the best outcomes are: Marin, San Benito, Placer, Santa Clara and San Mateo. The 5 worst, starting with least healthy, are: Trinity, Del Norte, Siskiyou, Lake and Yuba.

Additional highlights of what the Rankings show include:

"The Rankings help counties see what is affecting the health of their residents are so they can see where they are doing well, where they need to improve, and what steps they need to take as a community to remove barriers to good health," says Patrick Remington, M.D., M.P.H., Associate Dean for Public Health, University of Wisconsin School of Medicine and Public Health.

"When you have your health, quality of life is much better," McEwen said. "We are trying to tackle behavior changes, but it's a big challenge. The good news is we have a strong clinical system and are looking to improve quality of life and health care through a number of initiatives that include consumer engagement."

One such initiative, Our Pathways to Health, is a free, six-week, 15-hour workshop teaching chronic disease management to those at risk of obesity, diabetes and other ailments. The next round of classes at five sites begins April 5-9 (707-445-2806, ext. 4).

Lindsay said Rankings has limitations because it relies heavily on self-reported data and uses seven-year averages for some statistics. "That means the statistics will probably change very little from year to year," she said. "But it is valuable in describing the number of factors that go into our community's health."

Researchers used five measures to assess the level of overall health or "health outcomes" for California by county: the rate of people dying before age 75, the percent of people who report being in fair or poor health, the numbers of days people report being in poor physical and poor mental health, and the rate of low birthweight infants.

The Rankings also looks at factors that affect people's health within four categories: health behavior, clinical care, social and economic factors, and physical environment. Among the many health factors they looked at: rates of adult smoking, adult obesity, excessive drinking among adults, and teenage births; the number of uninsured adults, availability of primary care providers, and preventable hospital stays; rates of high school graduation, adults who have attended college, children in poverty; and community safety; access to healthy foods and air pollution levels.

Social and economic factors contribute 40 percent to health outcome and behavior contributes 30 percent, Lindsay said. "Tobacco use, alcohol use, diet and exercise play an important role in a community's health, but so do education, employment and public safety," she said.

For additional assessment tools of the county's health, public health epidemiologist Ron Largusa from Humboldt County Department of Health and Human Services recommends the California Health Interview Survey, California Healthy Kids Survey and an analysis of Humboldt Vital Statistics data by the Public Health Branch of DHSS and other agencies.