... that they located during a probation search conducted in Arcata this morning.

On 02-15-2012, approximately 11:00 a.m. the Humboldt County Sheriffs Office Community Response Unit conducted a probation search in the 200 Block of Alder Grove Road, Arcata.  When deputies arrived at the residence they met with probationer Colin Baldridge, 31 years, along with Paul Cohen, 56 years and Jimi Suma 37 years. All three of the men lived in the residence.
Deputies searched the residence and located 171 growing marijuana plants, 200 pounds of processed marijuana bud worth an estimated $400,000.00, along with half a gram of cocaine, 1.5 grams of methamphetamine and 451 grams of Hash estimated to be worth $3000.00. Deputies also located packaging materials, scales, pay and owe sheets and over $3,000.00 cash which is consistent with sales of marijuana and illegal drugs.
While conducting their investigation deputies learned Baldridge had another residence located in the 2400 block of Eye Street, Arcata. Deputies responded to that residence and located another 20 pounds of processed marijuana bud worth approximately $40,000. They also located three large garbage bags full of marijuana leaves, and two handguns, one which was reported stolen.
Baldridge was arrested and booked into the Humboldt County Correctional facility for being a felon in possession of a firearm, possession of marijuana for sale, cultivation of marijuana, possession of a switchblade knife, possession of concentrated cannabis, possession of stolen property, maintaining a drug house and possession of a narcotic. Suma was arrested and booked into the Humboldt County Correctional Facility for an outstanding felony warrant for violation of probation issued by Mendocino County Superior Court. Cohen was arrested for possession of methamphetamine.
Anyone with information for the Sheriffs Office regarding this case or criminal related activity is encouraged to call the Sheriffs Office at 707-445-7251 or the Sheriffs Office Crime Tip line 707-268-2539. If you live in the City Limits of Eureka the Eureka Police Problem Oriented Policing Unit can be reached at 707-441-4373. 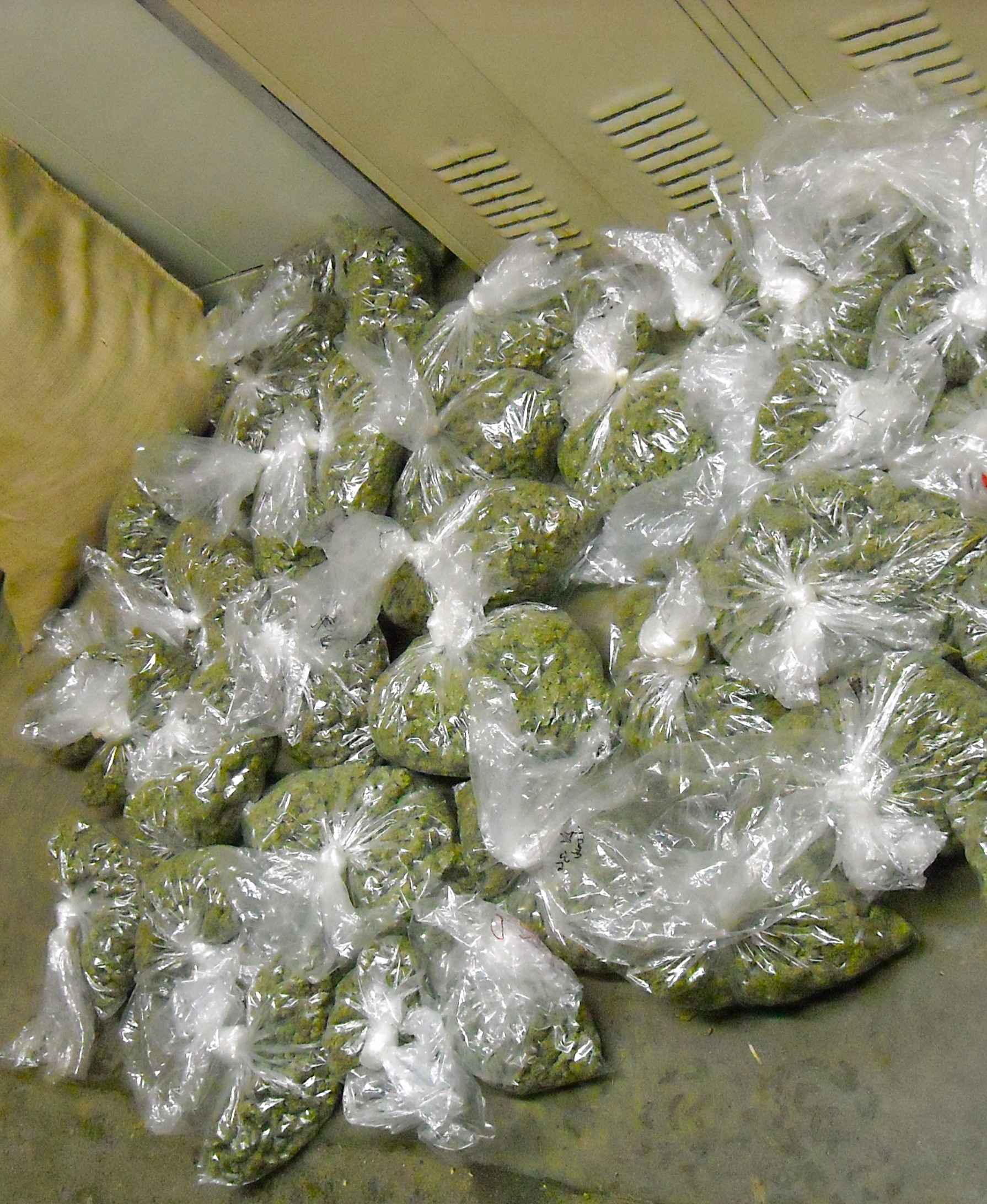