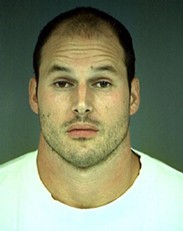 The federal case against a Kneeland man accused of murdering a worker on his marijuana farm will continue to trial, a judge ruled this week.

Through his attorney, J. Tony Serra, Mikal Xylon Wilde had argued that the six-count indictment charging him with cultivating more than 1,000 marijuana plants with intent to distribute and murder in the commission of a narcotics offense should be thrown out because federal marijuana laws are “arbitrary and irrational,” violating his rights to due process and equal protection granted under the Fifth Amendment.

Prosecutors allege Wilde, 32, gunned down two of his workers at a large-scale marijuana growing operation in 2010, killing Mario Roberto Juarez-Madrid and critically wounding Fernando Lopez. The shootings allegedly occurred after the two men demanded to be paid for the work they’d done and returned to their homes outside of Sacramento. Wilde — who was facing severe financial troubles and had recently filed for bankruptcy — allegedly told the men he’d take them home but returned to the property armed with a handgun and opened fire.

Serra, an eccentric San Francisco attorney who’s known for his vow of poverty and taking up criminal cases to fight for larger causes, had filed an 80-page motion with the court that was essentially a full-scale attack on the federal Controlled Substances Act’s classification of marijuana as a Schedule 1 substance, the same designation given to heroin, ecstasy and LSD. The motion — which makes a compelling read for critics of federal marijuana law — includes legal arguments with titles like “Cannabis is not a ‘gateway’ drug and does not cause death or brain damage” and “Cannabis by itself does not cause fatal car crashes nor adverse effects on driving performance.” In it, Serra argues that “cannabis prohibition itself is irrational, because when one compares the social effects of prohibition against the social effects of decriminalization, a rational balancing test or cost benefit analysis overwhelmingly favors decriminalization.”

Marijuana has medical benefits, Serra argues, which have been recognized by a host of states, evidencing its misclassification.

The federal government countered that there was nothing medical about Wilde’s alleged operation and that Wilde is trying to politicize what is inherently a murder case. “Defendant Mikal Wilde is charged with murder in the course of running a large marijuana cultivation operation,” the U.S. Attorney’s Office states in tis opposition. “By voicing discontent with the particular federal schedule that Congress has determined governs marijuana, he opportunistically attempts to ally himself with those advocating differing views — through peaceful means — as to the proper legalization and/or regulation of marijuana. Wilde is the last individual that the community endorsing marijuana legalization should, and likely would, embrace. His motion is unseemly, but is also without legal merit.
“… Defendant cannot point to any state where growing approximately 1,600 marijuana plants for wide distribution is lawful or would not have been prosecuted by the federal government,” the U.S. Attorney’s Office continued. “Nor is there any state where arming people working on the marijuana grow with firearms, and then murdering them, is lawful or would not be prosecuted.”

In his ruling, federal Judge Edward Chen explains there are two types of scrutiny courts can apply to challenges of laws passed by Congress: strict scrutiny and a rational basis review. Strict scrutiny, Chen explains, is reserved for those laws that “infringe upon fundamental rights,” and therefor should be held to a higher standard. Rational basis review, on the other hand, is a “more relaxed and tolerant form of judicial review,” one that is generally deferential to Congress’ lawmaking function.

In Wilde’s case, Serra argued that the strict scrutiny review should apply because the cultivation, use and possession of medical marijuana with a doctor’s recommendation should be considered a fundamental right. Chen doesn’t entirely disagree with the argument, just its application. “The Court is not necessarily unsympathetic to the argument that the use of medical marijuana might one day be considered fundamental,” Chen wrote. “But even if there were a fundamental right to medical marijuana sufficient to involve more rigorous scrutiny than rational basis, it would be of no assistance to Wilde here. There are no allegations in this case that Wilde’s large-scale marijuana grow was intended for medicinal purposes or was otherwise compliant with California’s Compassionate Use Act of 1996. … Rather, the indictment alleges that Wilde employed armed workers to protect a large illegal marijuana operation, and that Wilde murdered one such worker and attempted to murder another. … The alleged facts in this case stand in stark contrast to… similar cases where individuals with serious medical needs have sought to establish a constitutionally protected right to use marijuana for medical treatment.”

So the next question, Chen explains, is figuring out which version of the rational basis test to apply to Wilde’s case: traditional review, which upholds a law if “any state of facts reasonably can be conceived to sustain it,” or a more rigorous rational basis standard that gives the court the latitude to strike down a law it finds to be arbitrary, irrational or unreasonable. The problem for Wilde is that the more rigorous review is reserved in case law for those laws that are discriminatory in nature, the state initiative grounded in animosity toward those affected, the ordinance reflecting nothing more than irrational prejudice. “Namely, these cases involve situations where a legislative classification appears to have been based on animus or a desire to harm a politically unpopular group,” Chen explains.

“By contrast, Wilde has submitted no evidence that Congress passed the CSA, or chose to list marijuana as a Schedule 1 controlled substance, because of animus or some discriminatory legislative purpose,” Chen writes. Consequently, the basic rational basis test should be applied to his motion.

From there, Serra’s motion was dead in the water. Chen pointed to a whole host of facts that could be “reasonably conceived to sustain” Congress’ having classified marijuana as it did and notes that a court may not simply substitute its policy judgment for that of Congress’.

“This court has little difficult concluding that under some ‘reasonable conceivable state of facts,’ marijuana’s classification in Schedule 1 of the CSA is rationally related to a legitimate government interest,” Chen writes. “For instance, Congress could rationally conclude that marijuana should be classified as a Schedule 1 substance because it might be abused by, or cause harm to, minors. … Given the continuing debate over marijuana, this court must defer to the legislature’s judgments on disputed factual issues.”

Wilde remains slated to stand trial February, but it seems likely Serra may appeal Chen’s ruling to a higher court.