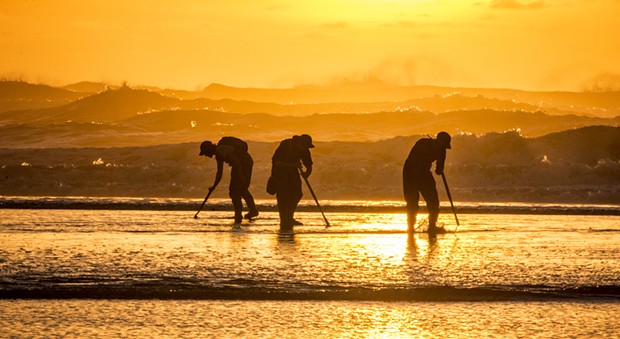 My first introduction as a child to eating seafood was my Aunt Sara’s clam chowder, made with razor clams she’d dug from the ocean beach south of Westport, Washington. Hard to imagine anything better than fresh clams, lots of butter, bacon, potatoes and a few of her other secret ingredients.

After we demolished Aunt Sara’s supply of clam chowder, she then took us out to the ocean beach on the next low tide to teach us how to find the tell-tale razor clam “dimple” in the wet sand – and the digging adventure began. It’s harder than it looks. 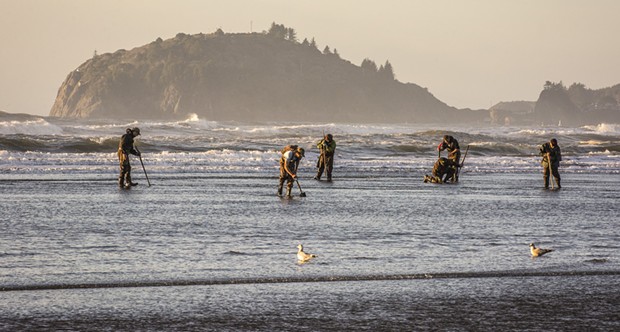 I recently showed up at low tide on a Tuesday just before sunset to get photographs of local clam diggers, anticipating the good light and expecting to find a crowd. And, indeed, about 40 to 50 “newbies” and very experienced clam diggers were congregated at the surf line on the out-going tide at the north end of Clam Beach.

The clam diggers, most dressed in chest waders, were armed with short- and long-handled shovels and “clam guns” (metal or pvc tubes designed – in theory – to allow you to suction up the wet sand and the clam). The men intently wandered the emerging sand flats looking for the “tell” (the dimple on the surface of the sand), some of them tapping the sand ahead of them with their shovel handles to help stimulate the clam’s defensive response (tunneling rapidly down and ejecting water and sand to the surface). 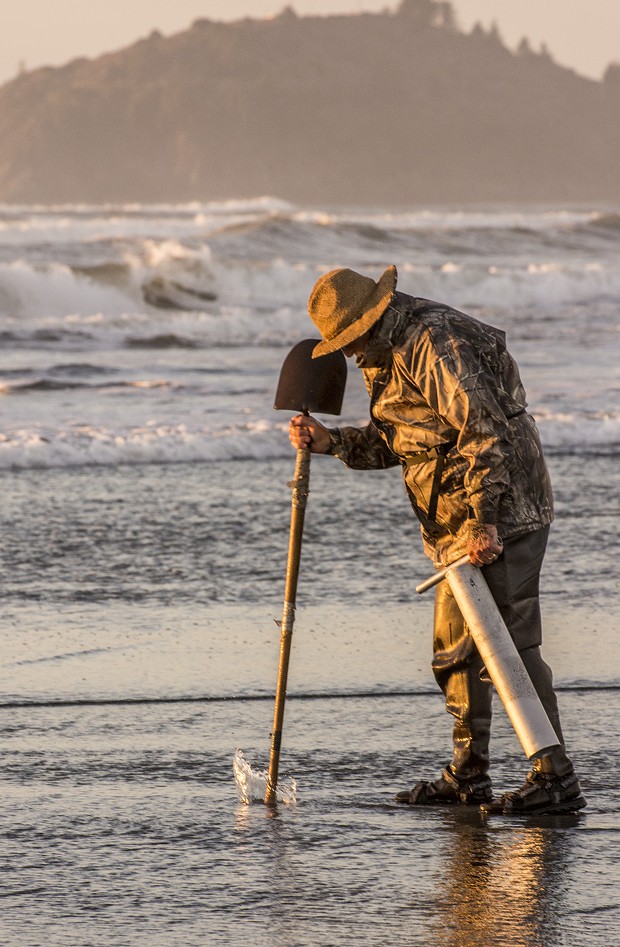 Did I mention a surf line? One set after another of rough waves continued to break just beyond the group of men, which added a more than a little tension to the scene.

My friend Tom Peters, of Eureka, says he tends to avoid clam digging with any high surf. “It’s a memorable experience, while kneeling on the wet sand, arm buried to the elbow digging out the clam, to discover a wave crashing down on you. Once was enough for me.” 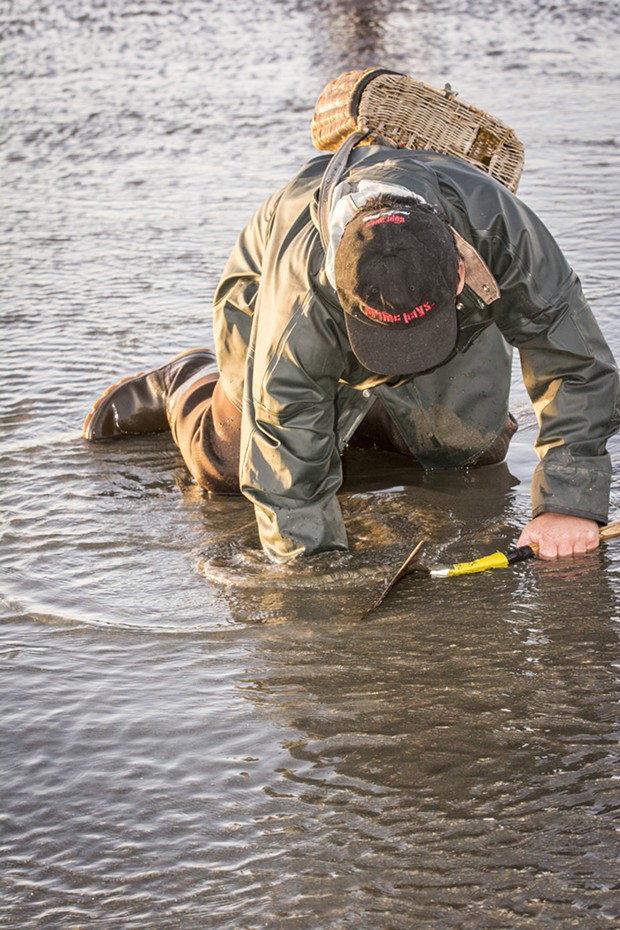 The sun slowly disappeared into the sea and the pursuit of clams continued for a few who wore head lamps as the ebbing tide revealed more clam habitat. The majority slowly walked in the growing darkness across the dunes to their vehicles, the newbies happy with just finding one or two clams. The others had enough to make some chowder. 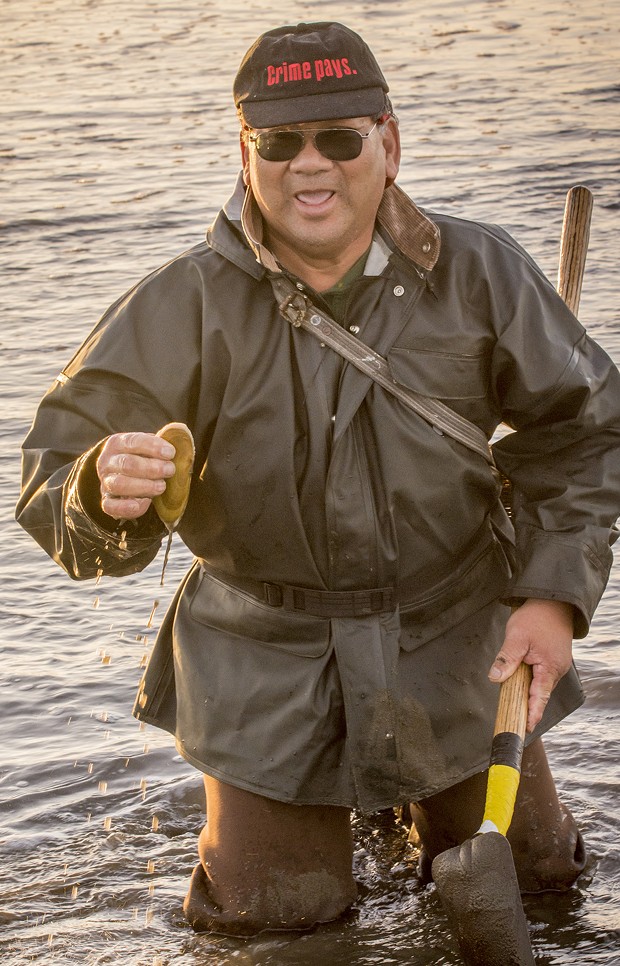 Editor's note: If this has inspired you to grab a shovel and head to the beach, remember: A sport fishing license is required to clam in California.