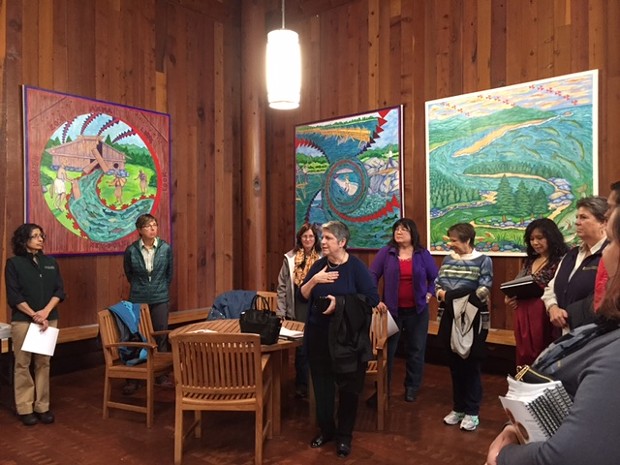 The head of the University of California, who served for four years as President Obama’s secretary of Homeland Security, spent some time this week exploring Humboldt County.

Her itinerary included visits with the United Indian Health Services, a float to the oyster beds on Humboldt Bay and a tour of Arcata Community Forest.

The visit was the first by an acting UC president, and if you’re wondering why the leader of the University of California system — the closest campus of which is UC Davis — was in Humboldt, you’re forgetting about the UC Cooperative Extension, which coordinates and operates a multitude of agricultural and natural resource programs in Humboldt County with a variety of partners.

Napolitano’s tour began, on a rainy Wednesday morning, at the UIHS Potawot Health Village, a sprawling complex of clinics, gardens and restored land in northern Arcata.

After a short prayer under the bright paintings and high wooden ceilings of the health center’s lobby, Alme Allen, who’s in charge of facilities and traditional land management, led a tour of the center, stopping once to point a Cooper’s hawk that had landed in a wax myrtle in the wellness garden. 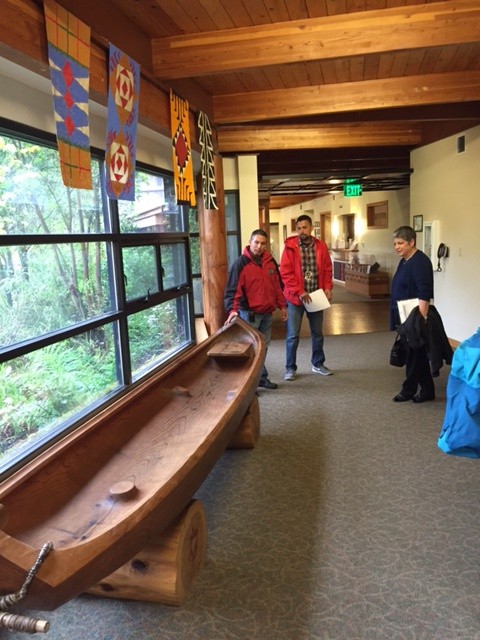 Allen talked about the history of the UIHS, its focus on health care and wellness for the underserved native populations of the North Coast, and the pace at which it's grown, offering services now to 15,000 people in Del Norte and Humboldt counties.

Napolitano seemed suitably impressed, asking questions during each portion of the tour. And she didn’t shy away from the Humboldt County rain, eschewing an offered ride out to the Potawot garden for a walk through the center’s restored riparian area. 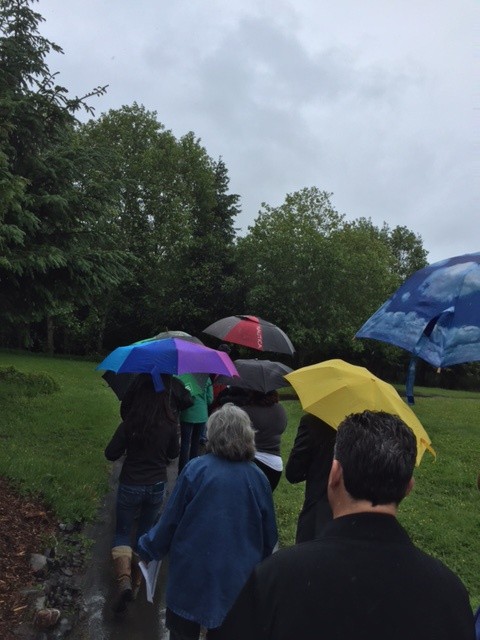 There, in a cluster of greenhouses, Napolitano heard about the cooperative extension’s partnerships with the UIHS. Those involve programs to both eductate people about nutrition — starting young, in many cases — and provide them with food, plants and skills to grow and cook them.

The garden is an impressive array: bee hives, more than 100 fruit trees, including apples, pears, plums and peaches (garden manager Ed Mata admits Willow Creek has Arcata beat for peach climate, but they get some good ones) as well as pineapple, guava, kiwi, artichokes and a host of vegetables. 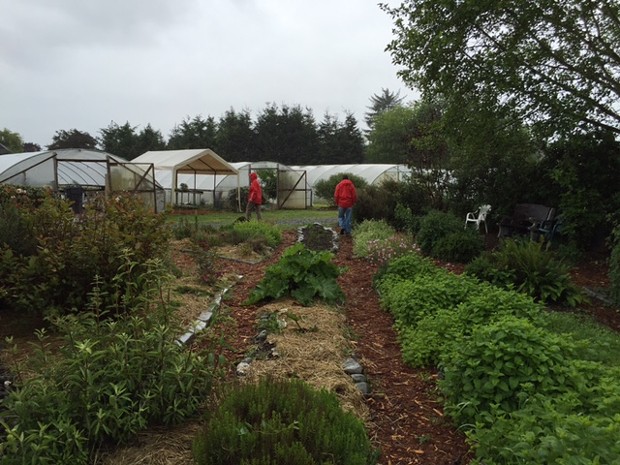 Mata especially likes getting kids turned onto weird veggies — kolrabi and romanesco, for instance — to help them build an appreciation for growing and eating vegetables.

In addition to a farmers’ market and free plant starts for UIHS clients, the garden provides food for ceremonies, funerals and other community events.

It’s all part of various efforts by UIHS and the cooperative extension to decrease high local diabetes rates and bring nourishment to so-called “food deserts” — communities or neighborhoods where access to fresh food is limited or nonexistent. Many local tribal communities are considered food deserts.

Deborah Giraud, who’s worked for the cooperative extension for 32 years, said reaching Native populations with the their programs has always been a priority. The local extension is the only entity in California to qualify for the USDA’s Federally Recognized Tribe Extension Program, Giraud said, which provides grant funding for agricultural programs. 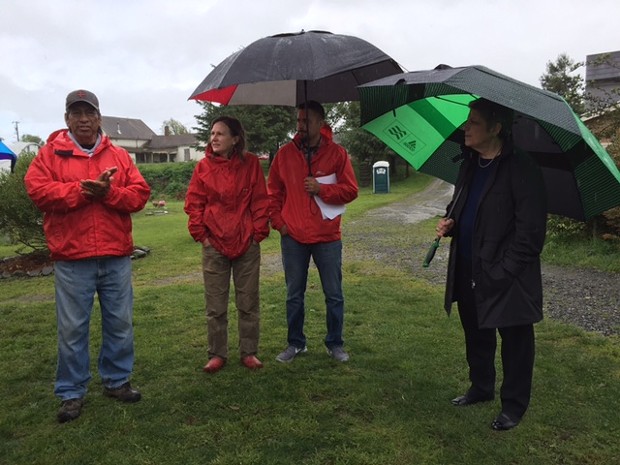 Mata said he feels like the education aspect is catching on in the communities that use the UIHS garden and other resources. Community Nutrition Manager Jude Marshall said the start giveaways have gotten more popular every year, and more plants in backyards and community gardens means more food security.

Napolitano, who served as the governor of Arizona from 2003 through 2009, asked if this had been a good year for growing. Yes, they assured her — this spring’s combination of sun and rain has been great for the garden.

“It’s a lot different than Arizona,” she said. 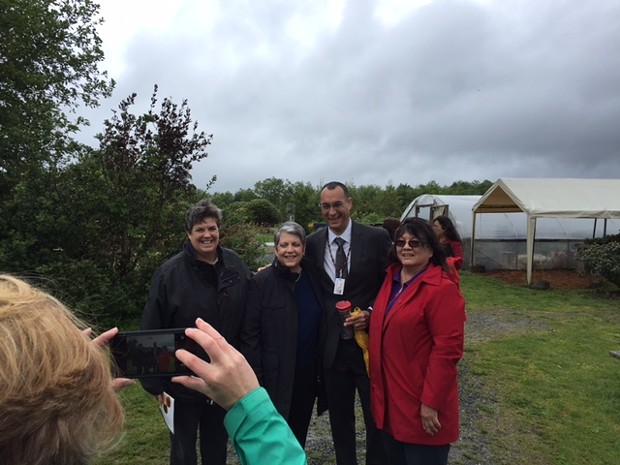