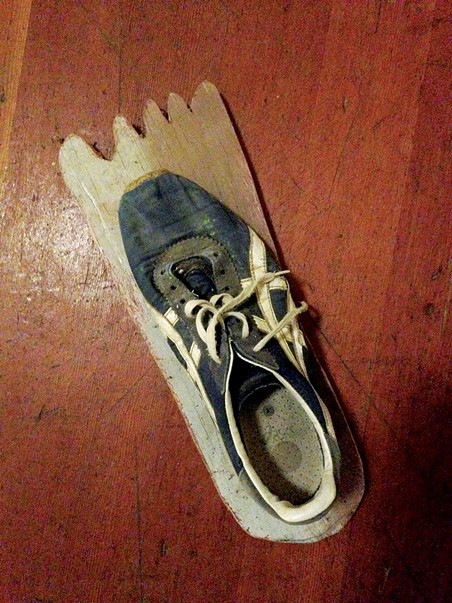 Maybe time, like Sasquatch himself, proved elusive this week. Or maybe you already read the cover story "Crackpot," about why local physicist Richard Stepp thinks we shouldn't dismiss the possible existence of Bigfoot outright, and now you're ready to start your search. Either way, before you pack up your gear and head for the woods, check out a few tips on stalking Bigfoot.

1. Science is hard; study anyway. If you're already a biologist or an anthropologist, congratulations on your Sasquatch-ready career path. Sort of. Bigfoot researcher Jeffrey Meldrum recommends establishing unassailable credibility in your field before taking on the search for the big guy and damaging your budding career. (See No. 2.) The rest of you will need to read. Stepp is neither a biologist nor an anthropologist, so he reads everything he can get his hands on by people with relevant scientific backgrounds, even the old out-of-print stuff. Stepp says being able to cite a thorough list of books by bonafide scientists keeps skeptics from shouting him down, adding that he knows few people are willing to sit down and do the reading. However, lacking a TV, he says he's never seen an episode of Bigfoot Hunters.

2. Expect some hate. Most people who take up this cryptozoological quest take quite a bit of flack along with skeptical eye rolling. Meldrum says that while biologists, trackers and wildlife specialists have been supportive, he's experienced  "vitriol" and even some career sabotage from other scientists. He says one colleague, whose name he preferred not to disclose, complained, "it chaps my ass that every time I go to a mammal (biology) meeting, everyone wants to know what the bigfoot guy is doing."

3. Know where to look. Meldrum and others stick to anthropologist Grover Krantz's assertion that there may be as many as 2,000 Bigfoot (Bigfeet?) in the U.S., but not in every state and not in every climate. According to Meldrum, "The rule of thumb for that is, if a black bear, which is a large omnivore ... [is able] to make a living," there's room for Sasquatch. He also says it "grates on [his] nerves" to hear the common claim that there are Sasquatch in every state.

4. Stay objective. Turns out that if you're looking for Sasquatch, you see evidence everywhere. An animal footprint or scat can be easily misidentified, as can unfamiliar animal sounds. Meldrum sighs recounting going out in muddy terrain with students who see enormous footprints in every depression. He's learned to be cautious of amateur observation.

5. Have a plan for gathering evidence. See a print? Meldrum suggests tossing a pen on the ground for scale and take a photo of it and the surrounding terrain. Found some scat? Look up images of animal droppings to eliminate other possibilities — and don't mail it unsolicited to a scientist, as some have done to Meldrum. That's just bad manners. The Bluff Creek Project, a loose group of interested local amateurs, have rigged up motion sensing cameras around the site of the Patterson-Gimlin footage. While they've gotten plenty of great wildlife shots, no Bigfoot yet. Even if they do catch a picture of one, Stepp cautions with a sharp laugh, "These days no picture or video proves anything."