HumBug: Who's Your Daddy? Late last night, I took the dogs out for their final walk when I noticed a small member of the arachnid family of Opiliones on a rhododendron leaf. This is what I learned as a little kid as "daddy long legs." Sometimes known as harvestmen, they look like a spider with unusually long legs and a tiny body. There is a popular rumor that they produce one of the deadliest venoms known, but their fangs are just too tiny to inject it. This is not true. No known species of this creature has venom glands and they have tiny pincer like mouthparts rather than fangs. About the only way you could get sick from them is smelling their unusual and unpleasant odor. They are harmless. Some hunt other tiny arthropods and others are scavengers. And although they might resemble spiders from a distance, their bodies are not divided into parts, but are of a single piece. 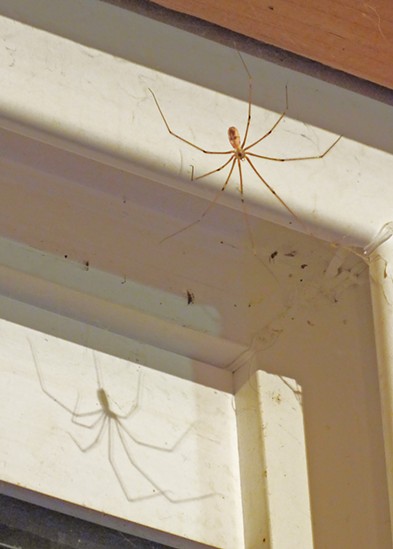 They are not the only animals called Daddy Longlegs. Cellar spiders and craneflies also go by that name.
Cellar spiders are a true spider of the family Pholcidae, which spin webs and hang in them vibrating wildly when disturbed. Although they have amazingly long legs and tiny bodies, they are not closely related to the Opiliones. Like all true spiders their structure is divided into two parts: a cephalothorax and abdomen separated by a constriction. 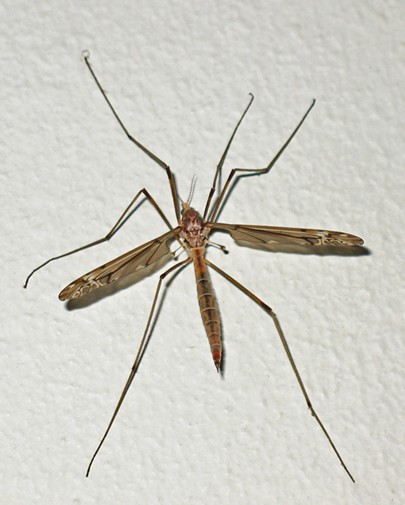 Craneflies are a member of the insect order Diptera (having two wings), family Tipulidae and although they have extremely long thin legs, they are insects and not closely related to either of the others. They have wings. 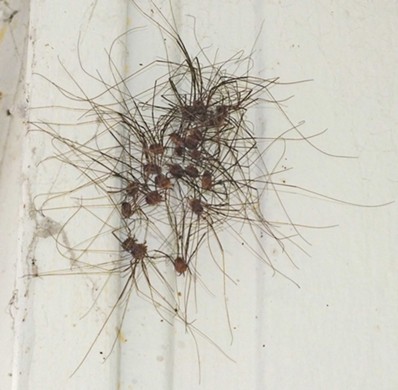 My late wife hated spiders so much so she demanded I kill any found in the house. She was also justifiably afraid of yellowjackets, as she had been stung repeatedly. One day a yellowjacket was buzzing around inside the house. She demanded I kill it. It led me a merry chase until the tiny chainsaw droning stopped suddenly. Seconds later, when I looked behind my desk a cellar spider had already bundled the wasp in silk. Sally said I could leave that one alone.

And, no — the cellar spider's venom is not particularly potent and craneflies can't bite at all.