Paint the Utility Box You Want to See in the World 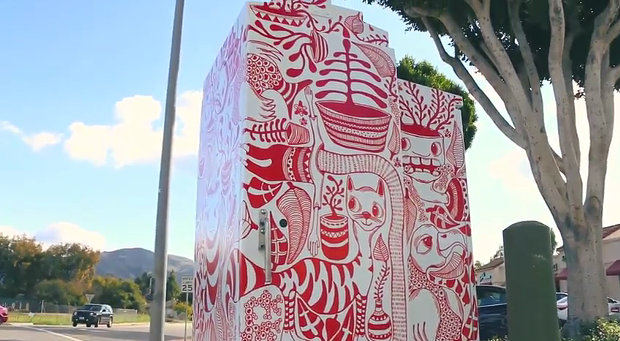 Before you tag that utility box for free, consider getting paid $500 by the city of Eureka to do a mini-mural. A new program called Eureka Box Art! (somebody loves those exclamation points) will pay individual artists or groups to paint boxes of varying sizes around town to both beautify the mundane blocks of metal and deter graffiti. In the press release, Economic Development Project Manager Alanna Powell states that the public art is meant to "give a sense of place and delightful surprise to citizens and visitors alike." So this might not be the time for your Boschian depiction of the ravages of our times. On second thought, give it a shot. Nobody gets riled up over murals, right?

San Luis Obispo has a similar program that's left the city a little more colorful. "They have been really great partners for us," says Powell, whose team has gotten quite a bit of advice on making the process run smoothly. For a look at how the boxes turned out in SLO, check out this video from the city's website.


Don't just start painting — that's still illegal until your application (with your proposed design and samples of previous work) is approved by an arts and culture commission. Even those with a sponsor — say, a business willing to shell out the $500 — will need design approval for a permit to paint. You've got until Aug. 18 to apply. Inquiries are already flowing in and staff members are reaching out to some local artists as well. Peruse the specs below and email mandersen@ci.eureka.ca.gov or call 441-4160 to learn more.

From the city of Eureka: 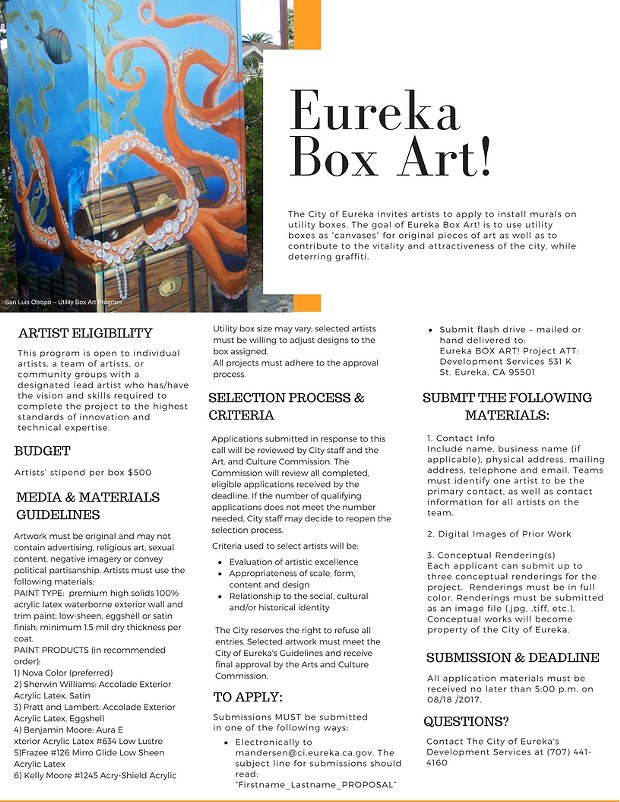