How To Host a Political Party: A social approach to figuring out your ballot 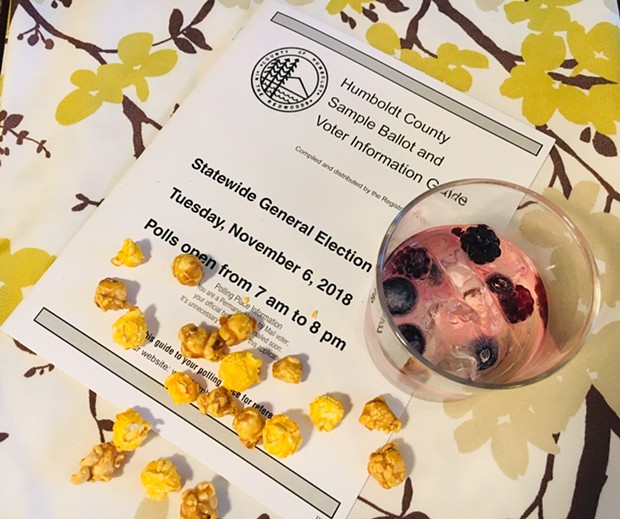 First you must set up the invite list. This is most important. You will want to have around 10 to 12 people, mostly of your generation, whose opinions you respect and who are not afraid to speak up on the critical issues that confront the electorate. It doesn't hurt to throw in a few people from either end of the age spectrum from young to old to get the right balance of politico savoir faire. You want to ensure that you have a balance of left and right, though, personally, I would leave out both alt-right ditto heads and far-left dilettantes lest they skew the discourse ahead. But you do want to have a wide enough range of opinions and mindsets to stimulate the dialogue to keep the conversation moving briskly and keep it interesting.


The next most important consideration is the food array you have available for your guests. Pot luck is a good start but you will want to anticipate the need for some staples. You will want something simple that is pleasant but is not so gastronomically glorious as to detract from the debate at hand. Finger foods are a good bet with a nice guacamole and chips or pita and hummus to add that international panache. Little Smokies or meatballs are always a house favorite but stay away from chicken wings as they are way too messy for such a mental endeavor. You will want to be aware that some of your guests may be vegetarian or even vegan so, as the host/hostess with the mostess, you will want to have a variety of our verdant vegetables. As a side note, it would be downright un-American to not have plenty of ranch dressing available to douse most morsels in.

Now we come to what Alex Trebeck would call the “Potent Potables” category. This is a sticky wicket indeed. To serve alcohol or not is truly a conundrum. “Tis true that liquor loosens the tongue and serves to reduce one’s inhabitations, but it is tricky to know when enough is enough, especially when dealing with such a potentially tempestuous evening of bringing your political beliefs to light. I leave it up to you, dear reader, to decide whether it is wise to serve your comrades spirits or not. I would just advise keeping it to wine or one of our local microbrews. Be sure to have plenty of alternative beverages available for those who choose not to imbibe. And as a good host, make sure that no besotted guests get behind the wheel, as the public service announcement so astutely points out “buzzed driving is drunk driving.”

Now we get to the meat of it: the actual give and take of gloves off back and forth conversation positing the pros and cons of the candidate, ballot measure or other picayune political detail at hand. Be sure to let everyone have a chance to voice an opinion and do not let the conversation become dominated by any one or two people who would drown out less erudite or articulate participants. It is always good to have a laptop or other connection to the internet to fact check or get any juicy details of who might be supporting or opposing any given issue or candidate.

It is important that each person has their sample ballot so they can take notes and have a handy template from which to cast their final ballot. It also helpful to have any flyers, postcards or other election-related publications to show what committees and individuals are backing any given politician or measure. When discussing the people and issues, be sure to research where the money trails leads and try and see what political action committees (PACS) or super PACS are underneath the litany of ads. The League of Women Voters often will have some interesting and purportedly non-partisan opinions on most matters at hand so finding out what they have to say can also be helpful if that suits you.

You will not be able to resolve all of the world’s political woes at these parties but the pointed and hopefully well-thought out beliefs of some of your compadres will give you some insight as to what to do come that magical Tuesday. Now it is your turn to step into the voting booth, draw the curtain around you, put pen to paper, and hopefully not have the Russians or other similar nefarious cronies trying to defile your right to place your vote.

Just my two dentalias worth.

— André Cramblit is a reformed punk anarchist who has come to believe that voting in this day and age is increasingly important and found that these political parties are more helpful than flipping a coin.