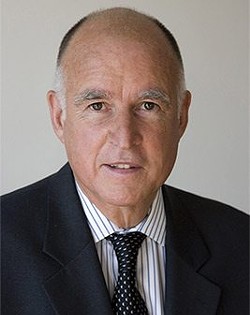 Among the 131 people who had their criminal sentences commuted by Gov. Jerry Brown on Christmas Eve was Dianna Mae Preston, a Trinidad woman who came to be known as the “vigilante granny” for chasing down and fatally shooting a Eureka man she wrongly believed had molested her granddaughter.

Brown set a record for pardons and commutations handed out during his term in office, with this latest round containing two other Humboldt County cases, including another murder.

With Brown’s action, Preston will become eligible to apply for release from prison. She had been sentenced to life without the possibility of parole after being found guilty of first degree murder, premeditated murder with the special allegation of lying in wait and using a firearm in commission of a felony in 2003.

“I have spent 15 years in prison and at 73 I am no longer the same person I was all those years ago,” Preston wrote in her application to the governor. “I know what I did was wrong, and nothing can truly compensate for the life I took. But I continue to try to make amends in the only was possible, which is living every day as a better person than I was then.”

Wearing a wig and sunglasses, Preston ambushed Kevin R. LaPorta outside of his Eureka acupuncture business in July of 2002, shooting him several times as he reportedly begged for his life before reloading her weapon as he fled into a Chinese restaurant, where she followed him inside to fire the fatal shots, according to media reports at the time.

Just before the shooting, police had told Preston and her daughter that DNA evidence exonerated LaPorta of harming the 18-month-old girl, his biological daughter. He was not married to the child’s mother — Preston’s daughter — and the two were reportedly having issues with visitation rights.

LaPorta, who was 47, was described as a dedicated father who had been planning to seek custody of his daughter, according to friends who spoke with the Journal after the fatal shooting.

The murder, which garnered national media attention, was the last Humboldt County case to be moved out of the area due to concerns about Preston’s ability to receive a fair trial. A Napa Valley jury found Preston was sane at the time of the killing after hearing testimony about how she told her daughter, "I'm glad I killed him. I'm glad he's dead and not just shot" the day of the shooting.

Preston also reportedly told detectives that she knew she could face the death penalty.

The commutation declaration cites Preston’s lack of a criminal history prior to the shooting and her commitment to “self-improvement,” stating that she “dedicated herself to rehabilitation and has dug deep to address the issues that lead her to commit such a senseless crime.”

“For these reasons, I believe Ms. Preston has earned the opportunity to make her case to the Board of Parole Hearings so that it can determine wither she is suitable for parole,” Brown wrote.

She was not the only Humboldt County resident to receive clemency.

Marcella Lunsford also had her 26-years-to-life sentence commuted by Brown after serving nearly 15 years in prison for conspiring with her husband to kill their son-in-law, Nathan Gray Dannemiller, 26, who was in a custody dispute with their daughter.

Dannemiller was shot to death outside his Eureka apartment in August of 2002. Almost exactly one year later, Lunsford, her husband and their son were arrested in Tennessee and extradited to face trial in Humboldt.

At her sentencing in 2006, Lunsford continue to maintain her innocence, telling Dannemiller’s father that she “can’t help what Douglas did” and was “sorry for your loss” but it wasn’t right for her to be punished, according to a Times-Standard story.

An attorney unsuccessfully lobbied for her to receive a new trial before the Ninth Circuit Court of Appeals in 2016.

The commutation of sentence noted Lunsford’s “positive attitude and behavior,” her participation in “multiple self-help programs” and successful work to receive a high school diploma.

Brown notes that he understands "that this crime was devastating to Mr. Dannemiller’s family, who have opposed clemency in this case” but “cannot discount the turnaround Ms. Lunsford has made during her incarceration.”
Lunsford, now 64, will also now be able to take her case to the parole board for possible release.

Brown also pardoned a man who had been convicted of burglary and robbery in Humboldt County, saying Michael David Crawford has lived an “honest and upright life” since his release from prison, which included earning a degree in electronic engineering and serving as a deacon in his church.