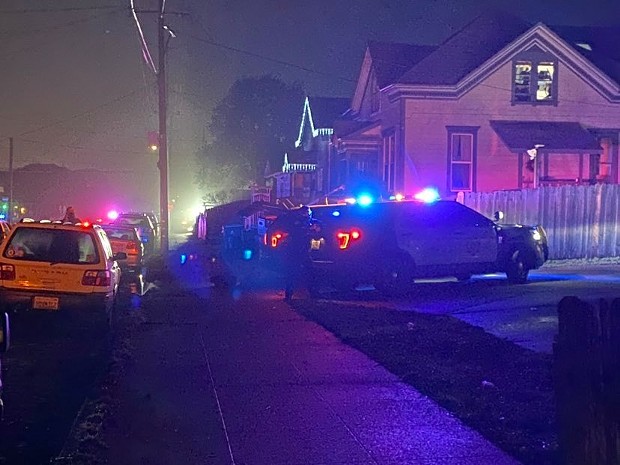 Update: Last night, law enforcement surrounded an apartment complex on the 2100 block of Spring Street in Eureka after responding to a report of an in-progress burglary.

After officers responded to the call, a standoff ensued and the SWAT team and K-9 unite were called to assist.

Previous: Law enforcement has an apartment building surrounded in the 2100 block of Spring Street for unknown reasons.

About 9 p.m., officers arrived at the scene. According to the scanner, officers detained one person but at least one more possible suspect is believed to be inside.

“Officers are on scene with possible suspects with firearms,” a dispatcher said at 9:43 p.m. According to the scanner, officers are using a PA system to speak to the suspect(s) inside.

An ambulance is staged just outside the area in case of medical need. A portable floodlight has also been requested.

UPDATE 10:10 p.m.: Spring is closed at West Hawthorne and midway between there and Buhne.

UPDATE 11:40 p.m.: “You are surrounded,” an officer says over the PA System in the video captured not long ago.

UPDATE 12:46 a.m.: A robot has been sent in carrying something, according to our reporter at the scene.

UPDATE 1:24 a.m.: Officers cleared the apartment and no suspect was located. The roadway is reopening.