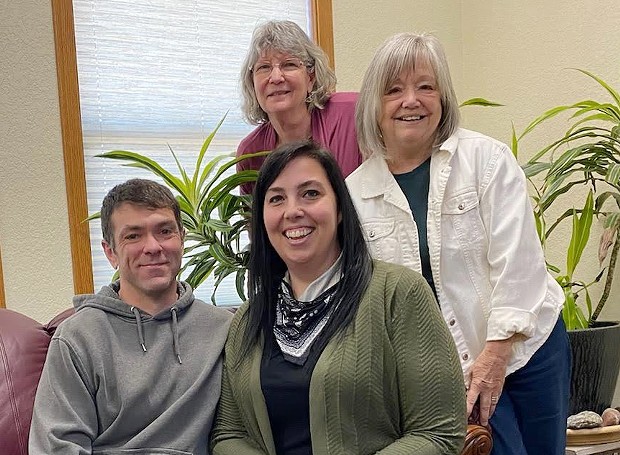 The North Coast Journal Inc. — a media company that includes the 15,000-circulation weekly newspaper and website, plus nearly a dozen publications serving Humboldt County, California — has been sold.

The buyer, Melissa Sanderson, 37, took over as president and publisher March 31. She has worked for the company since 2014, first as sales manager and the past three years as general manager.

The sellers are two long-time friends and business partners, Judy Hodgson and Carolyn Fernandez, who purchased the newly established monthly newspaper in June of 1990, converted it to a weekly in 1998 and launched a string of successful, hyper-local publications. Those include the Insider, a quarterly tourism magazine; the annual Menu of Menus and Wedding Guide; and more recently, the bi-monthly North Coast Trader, a classified paper that reaches six coastal counties in California and Oregon. One Journal publication launched in 2017, the Humboldt Cannabis Magazine, is distributed twice a year to dispensaries throughout California.

Over the past three decades, the Journal has won dozens of major awards from the California Newspaper Publishers Association and the Association of Alternative Newsmedia for writing and reporting, design and photography, as well as numerous freedom-of-information awards. The newspaper has been recognized numerous times by the Society of Professional Journalists and the League of Women Voters.

While preparing this press release, Hodgson and Fernandez realized they actually had been working together for 45 years. Hodgson wrote a column, "Fieldbrook Footnotes," for the Union weekly newspaper in Arcata beginning in 1976 while attending Humboldt State University (HSU). She graduated in 1978, joined the staff as a reporter and from 1983 to 1988, served as editor. Fernandez joined the Union in 1976 as a graphic artist, later becoming head of the production department. Both left in 1988 after a change in ownership and, in 1989, worked together again at an advertising agency before purchasing the Journal. The paper was immediately rebranded and redesigned from a quarter-fold into the magazine tabloid format that exists today.

The two now-septuagenarians had been searching to find just the right "next owner" of the Journal for more than two decades. "We are super happy to sell to one of our great employees and a fourth-generation Humboldt County woman half our age," Hodgson said. (Fortunans may recognize Sanderson's maiden name of Huber and the Senestraro branch of the family.)

Sanderson has been in publishing since grade school. She made copies and distributed the Fortuna Spartan to all the classrooms in fifth grade. At Fortuna Union High School, where she "majored in at least four sports" as well as FFA, she was ad manager for the Husky Howler and wrote a sports column for Fortuna's weekly newspaper, the Humboldt Beacon. After graduation, she attended both College of the Redwoods and HSU at the same time. She married her husband, Chris Sanderson, and landed her first professional job in the marketing department of the new Bear River Casino in 2005. She was an account rep for the Times-Standard and then managed a radio station until joining the Journal in 2014.

Most new owners of a news media company hope to reassure readers and say they will not change a thing, and then things do, which is what happened at the Union in 1988, according to Hodgson and Fernandez. But Sanderson said she really means it.

"We have strength throughout the company — in sales, design and production, and support staff," she said, but particularly in the award-winning editorial department.

"It's a great publication. We have a strong mission statement. We do really good journalism for this community and I want to keep that going."

Sanderson said her strengths are on the business side of publishing, with a focus on marketing and digital, and she is confident in the Journal's future.

While there were some layoffs and furloughs last year due to the pandemic, the Journal is back up to 21 employees. Circulation, which dipped from 21,000 to 12,000 when many businesses closed and tourism shut down, is back to 15,000.

Sanderson said she is grateful for the federal Paycheck Protection Program loan that helped the company retain employees during the pandemic.

Her plans for 2021 are "to concentrate on growing the Journal, for sure, and help other local businesses" recover and grow.

The Journal's glossy publications, including the Insider magazine, were suspended during the pandemic. They are expected to return to newsstands this year.