June 02, 2022
1 comment
Humboldt County residents won't be able to recycle their freon appliances, like refrigerators and air conditioning systems, or electronic waste at the Eureka Recycling Center for a little while as Humboldt Waste Management Authority is temporarily closing the center beginning Aug. 1 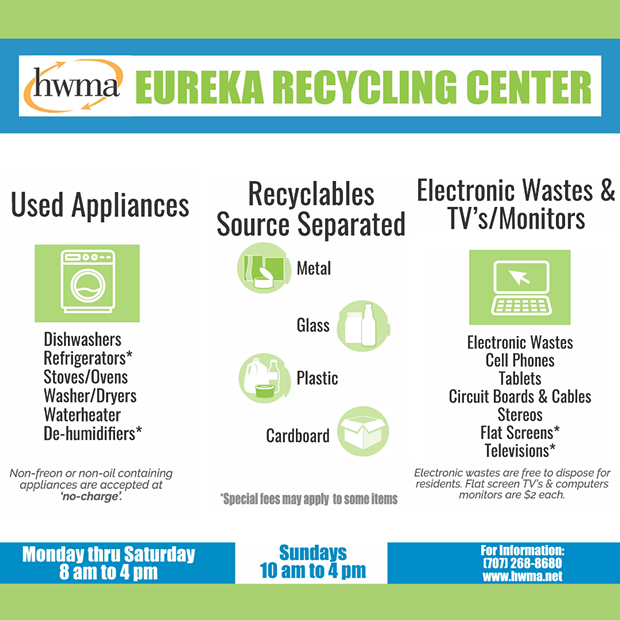 HWMA and cities throughout the county are preparing to offer organic waste collection services as mandated by California Senate Bill 1383, a bill signed in 2016 that's designed to reduce methane emissions found in landfills caused by organic waste like food scraps and green yard waste.


HWMA's new Executive Director Peter Fuller told the Journal it is talking with various property owners to find a suitable location for the new center with the hopes of opening by November. Though he did say the timeline might be a bit "aggressive."

The cities of Fortuna and Ferndale recently passed an ordinance mandating the organic waste collection service with a start date of Jan. 1, 2023.

Until then, HWMA will still accept some recyclable materials like paper cardboard and mixed-streamed recycling at the Hawthorne Street Transfer station, but will charge a fee.

Editor's note: This story has been updated to correct the recycling items accepted at the Eureka Recycling Center. The Journal regrets the error.