February 16, 2020
comment
Walking along the road, I saw my first two milkmaids (Cardamine californica), the daffodil bulbs my friend gave me last fall, are starting to put up leaves and the pussy willows are budding out. They are all welcome reminders, spring is still in our future.

Despite the coolness of the day, there were quite a few small wolf spiders and a few unidentified flies sunning themselves on rocks near the river. I was delighted to see and photograph a variegated meadowhawk, a dragonfly I've reported every winter for the last six years or so. Seeing an adult dragonfly in the middle of winter still amazes me since members of the order odonata are characteristically fair weather friends. Now I look forward to seeing them every winter perching on rocks or low twigs near the river on days when we get a break from the cold wet weather. 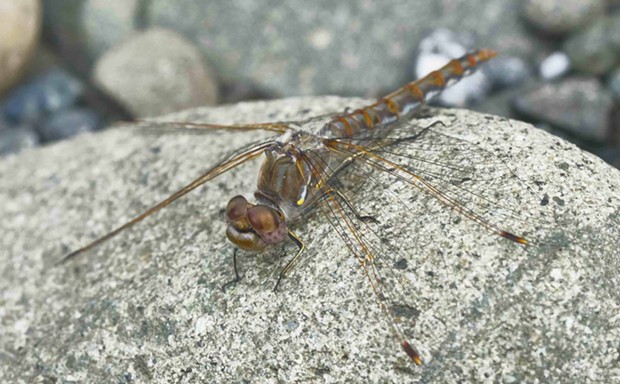 A woodpecker gleaned insects from dead branches of an alder. I'm not sure if it was Downy Woodpecker or a Hairy Woodpecker, they're pretty similar. Both live hereabouts and depend heavily on insects for survival. 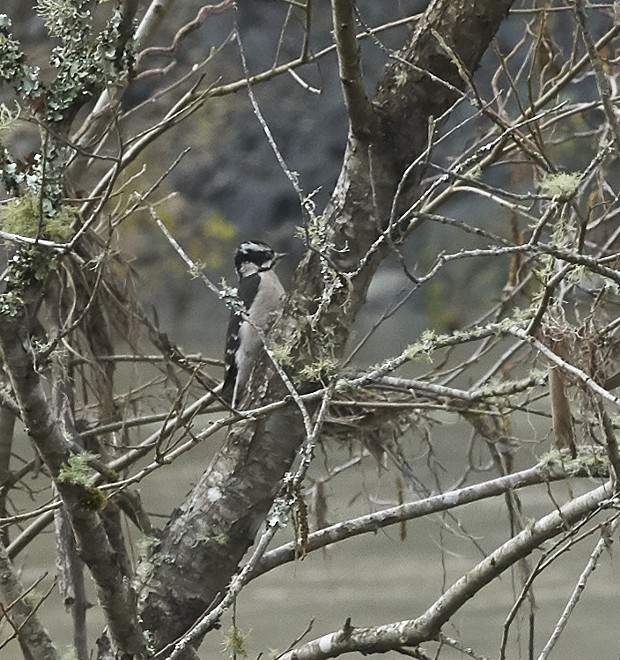