Local Mushroom Hunters Come Out of the Woods on NPR

December 25, 2021
comment
Put down that forkful of chanterelle pasta for a minute. If you're a fungi fan, you already know the stars and weather have aligned for a bumper crop of mushrooms this year. And if you're dialed in to the Mushroom Hunters of Humboldt Facebook group, you may have already seen Dan Gebhart and Jordan Anderson's epic haul of chanterelles. But if you want to know more, NPR's All Things Considered has a quick story on the pair and the 200 pounds of fancy shrooms they foraged this season. The pair are featured in an SF Gate story by Journal contributor Ashley Harrell from earlier this month, as well. 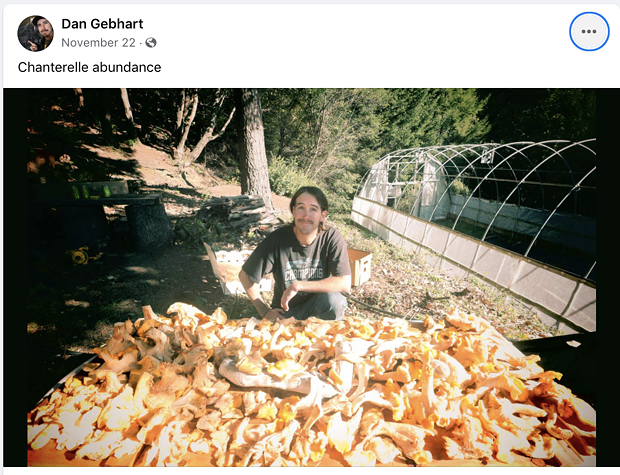 Both outlets estimate the stockpile to retail in the thousands, though the foragers decided to share rather than sell the bounty. Don't freak out — nobody gave away your secret spot (and no, Humboldt County doesn't count).