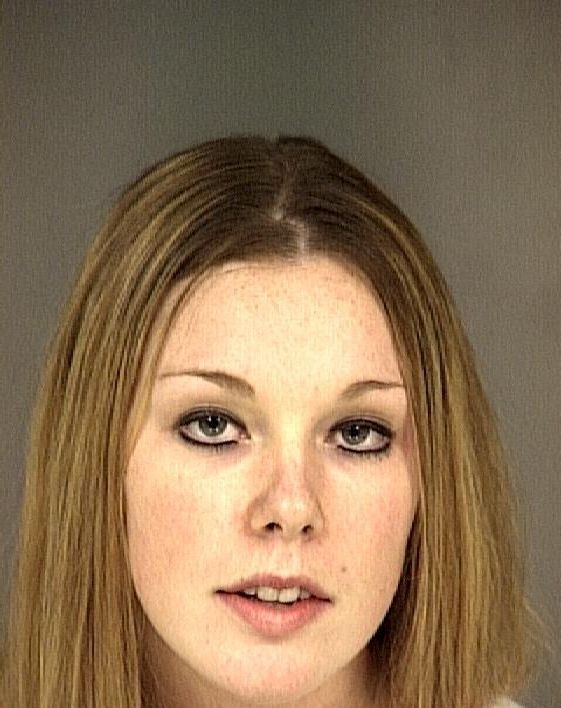 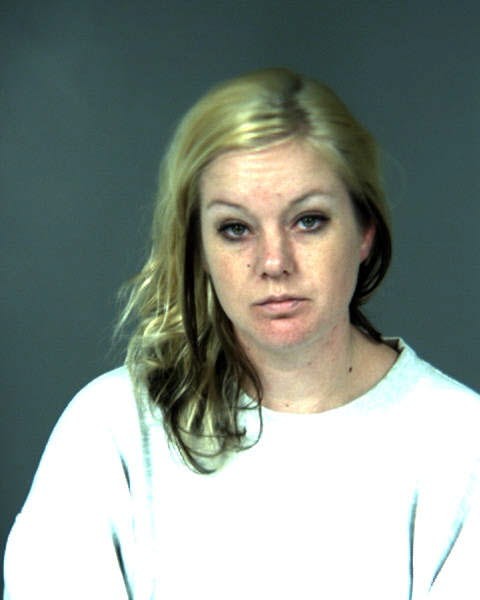 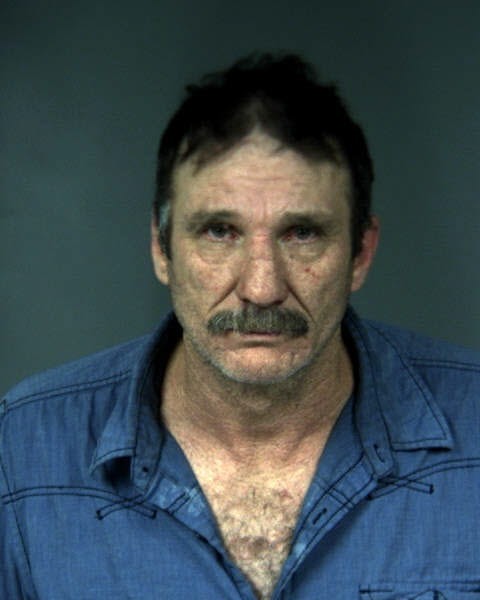 On 2/16/12, at about 11:46 AM, the Eureka Police Department received a report of suspicious persons in a vehicle (dark Toyota Tacoma) in an alley near Wabash and Williams Street.  The RP reported seeing two females and two males associated with apartment building moving marijuana to another vehicle (an apparent drug deal in progress).  One of the males was reported to have a handgun in his waistband.  EPD officers responded and found one of the described vehicles backed into a stall in the apartment building’s car port area.  As officers drove toward the vehicle all four occupants exited and began walking away.  The two males and two females, later identified as Douglas Clyde Camilli (age 57 of Eureka), Sarah Marie Nichols AKA Sara Scott (age 27 of Eureka), Adam Daniel Sundberg (age 32 of Mckinleyville), and Brittany Lee Bryan (age 26 of Mckinleyville) were detained without incident. 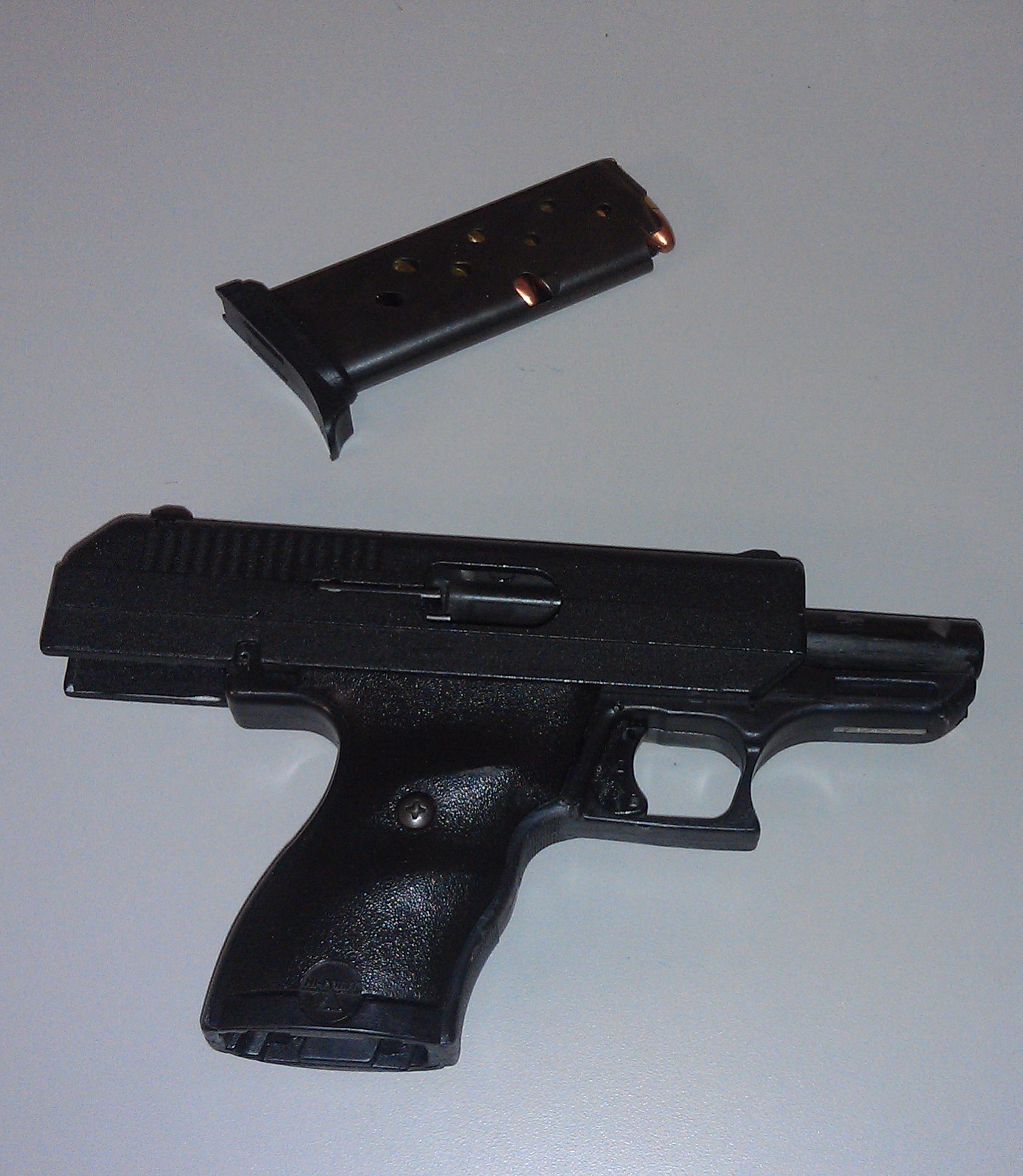 It was learned that Douglas Clyde Camilli had four outstanding arrest warrants for contempt of court.  The driver of the vehicle, Adam Sundberg, was on felony probation with a search clause for assault with a deadly weapon.  Per Sundbergs probation status, officers searched the vehicle.  In plain view in the back seat was a loaded 9mm Hi-Point semi-automatic handgun. Officers also located a large plastic tub filled with bags of processed marijuana packaged for sale.  A total of 26 plastic resealable vacuum bags filled with marijuana were found in the tub (6 one pound bags and 20 ½ pound bags) weighing approximately 16 pounds in total.  Many of the bags were marked by weight and marijuana strain. 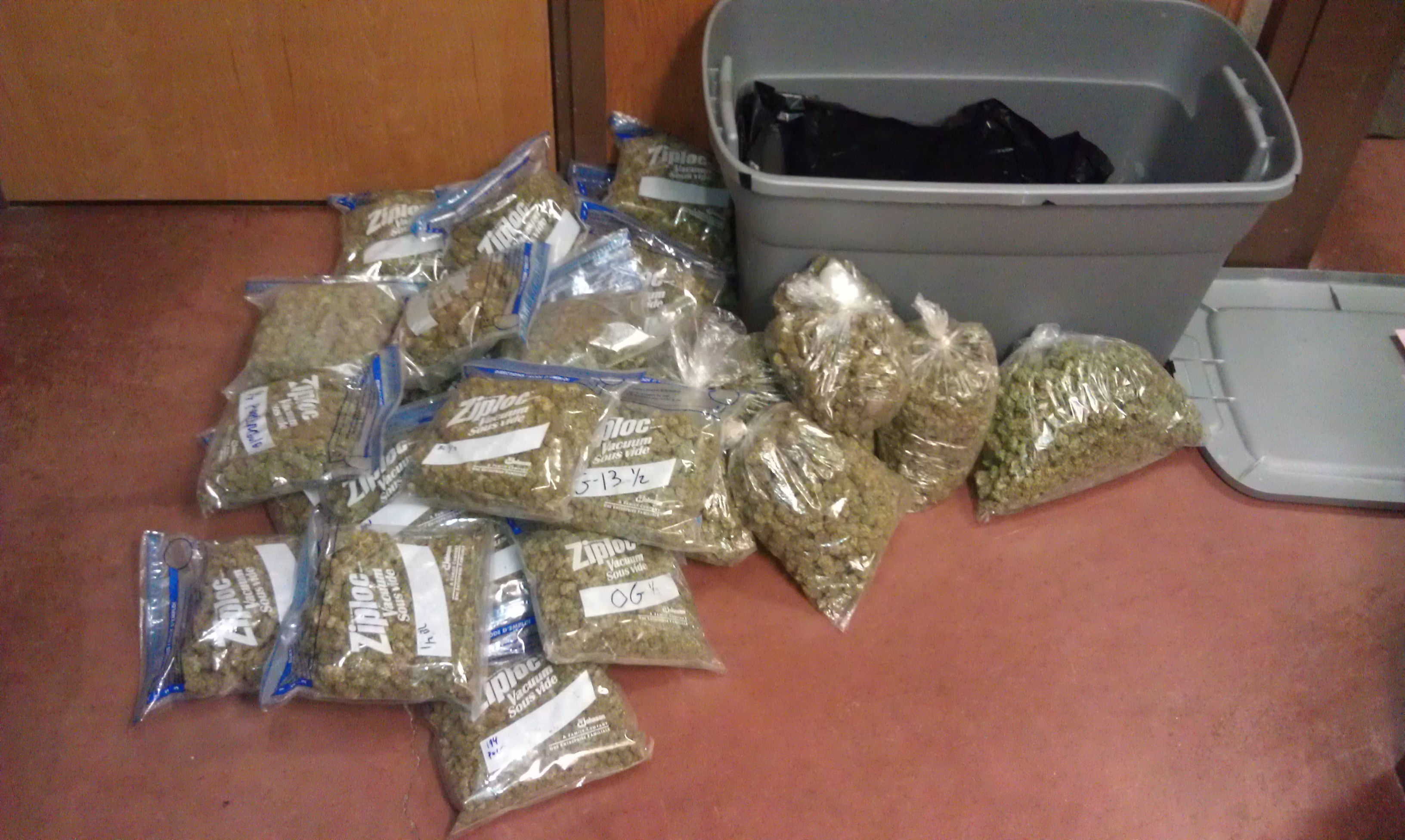 Officers later discovered that Bryan had discarded and attempted to conceal approximately 3 grams of cocaine in the backseat of the patrol car in which she was transported.  An additional charge of possession of a controlled substance is expected to follow.

Based on evidence and information gathered at the scene, investigators believed they would likely find more marijuana at Camilli’s residence on the 1000 block of Hodgson Street, Eureka.  POP detectives subsequently obtained a search warrant for Camilli’s residence which they served around 4:45 PM.  5 subjects (three adult males and two adult females) were detained at the residence.  4 small children were also present at the home (but did not live there).  While detectives completed their investigation, the children were temporarily released into the care and custody of uninvolved responsible relatives.

Investigators subsequently located an indoor marijuana cultivation operation inside a detached garage behind the residence.  The grow appeared to have been recently harvested.  However, 136 small to medium sized marijuana plants in pots and trays were located in the grow rooms.  Investigators also located and seized approximately 5 more pounds of processed marijuana along with 7 large paper bags filled with dried marijuana plants awaiting trimming (likely representing a few more pounds of processed marijuana).  Additionally, investigators located further evidence of marijuana sales activity including a digital scale, numerous trimming shears, a vacuum sealer and heat seal bags.  Drug use paraphernalia, including a methamphetamine pipe, were also found in the house.

Resident Douglas Albert Camilli (age 31 of Eureka, son of Douglas Clyde Camilli) was arrested and transported to the Humboldt County Correctional Facility where he was booked for possession of drug paraphernalia.

An additional charge of illegal marijuana cultivation is expected for the owner of the property, Douglas Clyde Camilli.

The Eureka Police Department would encourage the public to phone EPD’s dispatch regarding in progress crimes at (707) 441-4044 or in progress emergencies by dialing 911.

Anyone with information concerning suspected ongoing drug sales/criminal activity occurring in Eureka is encouraged to call the Problem Oriented Policing Unit at (707) 441-4373.