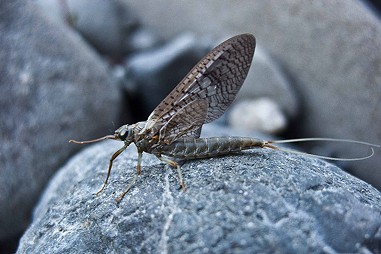 The Van Duzen River provides me with endless things to see, photograph and ponder. In my excursions I have never once been disappointed. A while ago I watched a “hatch” of Mayflies (order Ephemeroptera) flying upstream against the gentle breeze following the river. There were hundreds in view and I could imagine how many there must be dispersed along the course of the river. 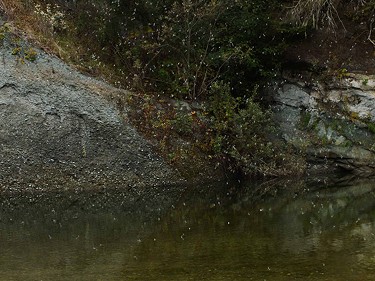 The name of their order is based on their ephemeral nature. Spending a year or more as larvae (nymphs or naiads), they drag themselves ashore, molt and fly away, often in clouds of thousands or millions. They are unique among winged insects. In all other flying orders, wings indicate adulthood and sexual maturity. Mayflies have an immature winged stage called a “subimago” or “dun,” in which they can fly but not yet mate. After one more molting they are fully mature. The winged phases do not have functional mouthparts or digestive systems and can live from only minutes to a few days. Their job is to mate and die. 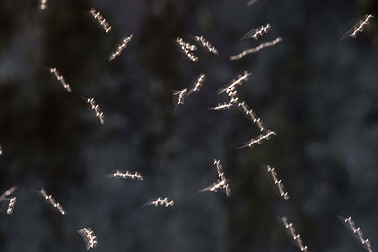 Trying to find a way to illustrate the wonder of it all, I took numerous photographs of them in flight and on the rocks along the shoreline. When I got home and reviewed them I found evidence of a well known “Cryptozoic” creature! Along with Bigfoot it seems our county is gifted with “flying rods,” a phenomenon never seen by humans, but like the images of fairies is occasionally captured by unwitting photographers.

I suppose I could explain them away as longish exposures (1/27 of a second) capturing the sinusoidal pattern of three wingbeats of some mayflies highlighted in the sunshine against a shadowy background, but what's the fun in that?