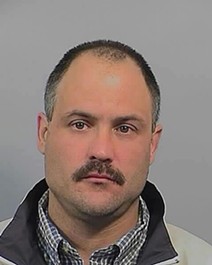 The man suspected of fatally shooting a woman in Eureka on May 6 before turning the gun on himself hours later in a Fortuna trailer park had an extensive criminal record that included several stints in prison, according to state corrections officials and local law enforcement.

Ronald Allen Crossland, 52, is believed to have shot Fortuna resident Sharral Lynne McDonald, 60, just before 5 p.m. while she was at another woman’s home on the 3300 block of H Street.

EPD public information officer Brittany Powell wrote in an email to the Journal that McDonald “appears” to have known Crossland through the second woman, who was also in the house but unharmed, and the possibility of the shooting being an act of domestic violence is “under investigation.”

Crossland was found dead of an apparently self-inflicted gunshot wound about four hours later as Fortuna police officers closed in on his location after receiving information that he was seen at Fortuna Trailer Village.

Fortuna Police Chief William Dobberstein said Crossland was believed to be acquainted with people who lived at the park and an officer “was just one trailer away when the gunshot was heard.”

While the department does not have a Fortuna address on record for Crossland, Dobberstein said he had been contacted by officers 36 times since January of 2013 and was arrested in the city 14 times in the same time span.

Crossing was picked up on a variety of charges, including shoplifting, drunk in public, vandalism, disturbing the peace for breaking windows and violation of a domestic violence restraining order, according to the police chief.

“He’s got a long history and he’s got a lot of arrests,” Dobberstein said, adding that on his last FPD contact Crossland was listed as “transient.”

While Crossland fled the Eureka shooting scene in the second woman’s car, which was later found abandoned near Redwood Fields in Cutten, how he was able to travel the 21 miles to Fortuna “is still under investigation,” Powell wrote in an email to the Journal on Monday.

Powell declined to release any information on Crossland’s previous contacts with EPD, which include being detained at gunpoint in August of 2014 while allegedly driving a stolen car, according to news reports.

At the time, Crossland was arrested on suspicion of being in possession of stolen property, DUI, driving on a suspended license and probation violation.

Powell did not immediately respond to a follow up email Tuesday seeking information on Crossland’s relationship to the second woman and any updates on the investigation. Previous addresses and Crossland’s Facebook page place him as an Arcata resident.

Vicky Waters, press secretary for the California Department of Corrections and Rehabilitation, stated in an email that Crossland “had several prison terms.”
The first was in March of 1993 after he was convicted of “throwing a substance at a vehicle with intent to cause great bodily injury.” He paroled in October of 1993.
Crossland was sentenced again two years later for transporting/importing a controlled substance before being paroled in November of 1996.

Waters said Crossland returned to prison in September of 1999 for manufacturing, sale and possession of a weapon and was released from parole in May of 2005 before returning to state custody six months later after being sentenced for forgery. He was last paroled in April of 2007.