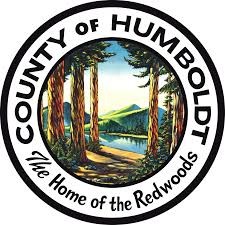 It’s been a bare-knuckle week in the upstart campaign to become Humboldt County’s next First District supervisor.

First, Tuesday afternoon, the Lost Coast Outpost’s Ryan Burns published an impressive piece of investigative journalism detailing allegations of fraud and perjury in challenger Allen McCloskey’s past and the candidate’s seeming inability to offer a clear explanation for them. Anyone who hasn’t read the piece should check it out here. But the Cliff’s Notes version is as follows: In 2004, McCloskey was working as a consultant for Kleen Environmental Technologies, which was seeking a biomedical waste disposal permit from the Washington Utilities and Transportation Commission. According to transcripts of commission hearings, it appears McCloskey forged a letter in support of Kleen’s application then lied about it. When called on those lies, he either suffered a medical emergency or feigned one, after which he allegedly fled the state. When questioned about all this by Burns, McCloskey said it wasn’t him but a doppleganger ex-boyfriend who stole his identity and committed the fraudulent acts and perjury in an effort to make big money off of Kleen.

McCloskey didn’t return a Journal call seeking comment for this story but told the Times-Standard’s Shomik Mukherjee that his attorneys and campaign committee are crafting a “very stern response” to Burns’ report, that he has no intention of dropping out of the supervisorial race but that he “didn’t specifically deny any of the Outpost’s reported claims.” He also seemingly blamed incumbent Rex Bohn’s campaign for the Outpost story, saying, “This is the kind of campaign Rex always runs.”

It’s unclear if the information from McCloskey’s past surfaced as a result of opposition campaign research. The Journal received copies of the transcripts of the Washington Utilities and Transportation Commission hearings referenced in the Outpost’s reporting but the source who provided them is not affiliated with either campaign. No matter how they surfaced in Humboldt County, the transcripts are all available through the commission’s website.

Less than 24 hours following the Outpost’s bombshell report, local political organizer and McCloskey supporter Renee Saucedo sent out an open letter to local media calling on Bohn to resign and relaying allegations of a racist remark made at a recent nonprofit fundraiser. Apparently word had been quietly spreading about the comments since the March 9 fundraiser for Ferndale Repertory Theatre at the Carson Mansion but Saucedo chose the morning after the McCloskey report to blast it out to local press.

Local progressive mainstay David Cobb told the Journal that he was at the fundraiser and overheard Bohn, who was acting as auctioneer at the event, speaking with Ferndale Rep Artistic Producing Director Leira Satlof, who was walking Bohn through the items up for auction that night. According to Cobb, when Satlof told Bohn of a home-cooked Mexican dinner up for sale — asking that he stress the meal would be authentic — Bohn asked, “Is it so authentic that we’re going to want to go steel hubcaps after we eat?”

“It gives me no pleasure to share this information but it is what happened,” Cobb told the Journal, adding that he found the remark racist and offensive and followed up with Satlof after the event to make sure he’d heard it correctly and that she, too, had found it offensive. “She was not pleased.”

Responding to a message left for her Wednesday, Satlof emailed a brief statement to the Journal.

“The FRT board has addressed the issue directly with Rex,” she wrote. “We are not interested in becoming part of a political squabble.”

For his part, Bohn’s response to Saucedo’s letter and Cobb’s allegations have meandered. He told the Outpost he didn’t recall making the offensive joke but also wouldn’t deny he’d said it. He then similarly told the Times-Standard he didn’t recall asking the question, didn’t know what it meant and had to look it up online to see if it was a “disparaging statement,” before seemingly taking responsibility for it.

“It was an offhand remark, eight words,” he told the paper. “I didn’t think enough about what I was saying.”

In a brief interview with the Journal this morning, Bohn took full responsibility and apologized.

“I made a comment that offended people,” he said. “I said it and I’m sorry. But I think my record of commitment to community, doing auctions for a multitude of groups of all ethnicities, speaks for itself. This is not my nature, not the way I was raised. I will learn from this and not say stupid comments anymore and it surely wasn’t meant in a racist or demeaning way. I don’t have a history or a pattern of stuff like this.”

Bohn then took what appeared to be a clear jab at McCloskey and his response when confronted with the fraud and perjury allegations by the Outpost.

In her letter to the media, Saucedo wrote that so-called attempts at humor like Bohn’s serve to criminalize Mexican and Latinx people and promote negative stereotypes that then are perpetuated.

“Hate words have no place in the public discourse,” she wrote. “They dehumanize and incite discriminatory behavior.”